The discovery, if confirmed, could have profound implications for the search for life beyond Earth 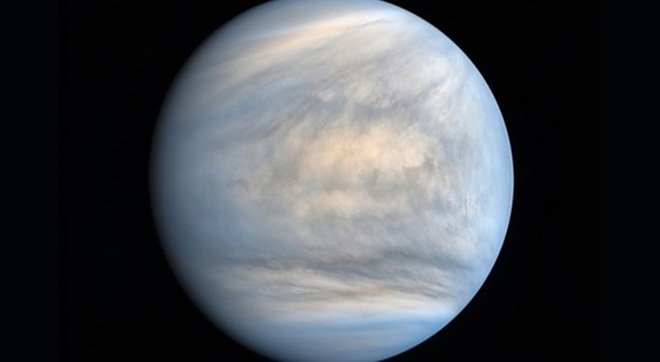 The news, despite the embargo, had already leaked before the announcement in live streaming by the Royal Astronomical Society: on Venus (or rather in its atmosphere) molecules have been detected that could indicate the presence of microbial life. Was alien life discovered on another planet? Let’s take it slow, this is a strong statement and requires strong and concrete evidence. We analyze the discovery, the context in which it was made and what the consequences could be (if confirmed).

Phosphine. The murder weapon is phosphine. It is a molecule composed of one atom of phosphorus and three of hydrogen. Through two independent observation campaigns of the spectrum of the Venusian atmosphere, carried out by the James Clerk Maxwell Telescope and ALMA telescopes, a concentration of about 20 ppm, or 20 molecules of phosphine for every million other molecules, suspended in the clouds of the planet.

The peculiarity of phosphine is that we only know two ways to obtain it: in the laboratory or through biological processes of some microorganisms. Now, it is unlikely that there are laboratories on Venus, so the possibility that microorganisms generate this molecule is being considered.

Phosphine is considered, in the context of exobiology, a biomarker, or an indication of the possible presence of life. The thing that got the researchers on their antennas is that the phosphine tends to dissolve in a relatively short time. Its presence in the atmosphere indicates that there is something that constantly produces it.

Life in the clouds. One of the hypotheses is that Venus, in the past, when the greenhouse effect did not make it a hell where the surface temperature is able to melt lead and the pressure is 92 atmospheres, was able to host life. As conditions worsened, only a few microorganisms were able to survive, suspended in the clouds – this is not something too extraordinary, even on Earth, in the clouds, you can find bacteria and other microbes – in a convective zone at about 50 km.

At that height, the same where observers measured the phosphine, the temperature and pressure are favorable for life: about 30 degrees and an atmospheric bar. Too bad that the clouds are of sulfuric acid and that a constant wind blows capable of making a tour of the entire planet in 4 days, not exactly the best conditions for life, but on the other hand there are organisms (called extremophiles) in able to live in extreme conditions. Venus may not be outdone. Could.

Balloons on Venus. The discovery has rekindled interest in Venus. In recent years, the search for life in our solar system has focused on Mars, to which a new rover has just recently been launched. But Venus has often piqued the curiosity of scientists. Modern missions to the planet have already been proposed in the past, but the terrible surface conditions have often made every effort desist. However, the news of the discovery of phosphine could rekindle the spark and lead, in the coming years, several agencies to re-evaluate ambitious missions that have remained in the drawer for too long. Like that of NASA which would like to bring an aerostatic probe to Venus, a balloon capable of remaining suspended in the Venusian atmosphere at the altitude where the phosphine would be in order to collect samples and analyze the contents of the clouds on the spot in search of life.

What if it is confirmed? We are still a long way from being certain that what has been measured is a trace of life form on Venus, but let’s do an exercise in the imagination and let’s say the case is true. What would that mean? New questions would appear in the research: where does this life come from? Did it arrive, by chance, through a fragment of our planet ejected by a meteoric impact with some microorganisms on board that have been able to adapt to the Venusian conditions? Or did they evolve independently? If this were the case then it would not be so crazy to think that the seeds of life are scattered everywhere in the universe and that life, perhaps, is a much less rare phenomenon than we imagine.