Does the human brain resemble the Universe? 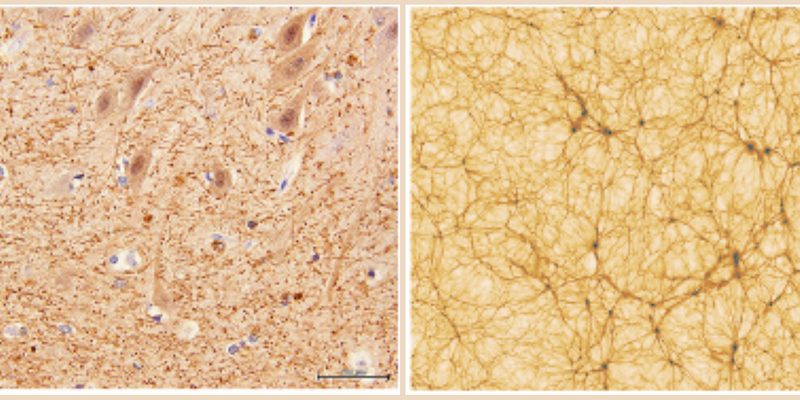 In a study published in the journal Frontiers of Physics, astrophysicist from the University of Bologna Franco Vazza and neurosurgeon from the University of Verona Alberto Feletti investigated how they are organized within them and how much they really resemble two of the most enigmatic and complex systems. that exist in nature: the network of galaxies that make up the Universe and the network of neurons within the human brain.

Despite the enormous difference in scale of the two systems (over 27 orders of magnitude), the results of quantitative research – somewhere between cosmology and neurosurgery – suggest that completely different physical processes can form structures with surprisingly levels of complexity and self-organization. similar.

Brains and galaxies. The functions of the human brain are determined by the vast network of neurons, which are estimated to be around 69 billion. The visible Universe is instead marked by a “cosmic web” of at least 100 billion galaxies. In both cases, however, galaxies and neurons occupy only a small fraction of the mass of the two systems: less than 30%. In both cases, galaxies and neurons organize themselves into long filaments, or nodes between filaments. And in both cases, about 70% of the mass or energy distribution of the two systems is made up of components that have an apparently passive role: water in the case of the brain, dark energy for the observable Universe.

The two scholars started from these common characteristics by comparing on the one hand a simulated version of the network of galaxies and on the other sections of the cerebral cortex and cerebellum. The goal was to observe how the fluctuations of matter are distributed on such different scales.

Nodes and connections. Furthermore, the researchers calculated several parameters that characterize both the cerebral and the cosmic network: the average number of connections per node and the tendency to group many connections in large central points within the network.

“Also in this case, the structural parameters show an unexpected level of agreement: probably the connectivity of the two networks evolves according to similar physical principles, despite the fact that the physical forces that regulate the interactions between galaxies and neurons are obviously completely different”, adds Alberto Feletti. . “There is a greater similarity between the structure of these two complex networks than between the cosmic network and a single galaxy, or between the neuronal network and the interior of a neuronal body.”

Starting from the promising results obtained in this first exploratory work, scholars now hope that new efficient analysis techniques – both in the field of cosmology and in that of neurosurgery – will allow us to better understand the deep dynamics with which these two fascinating systems evolve. in time.