China is about to begin construction of its space station

China aims to complete construction of their first fully operational space station by 2022. The first April launch will be critical. 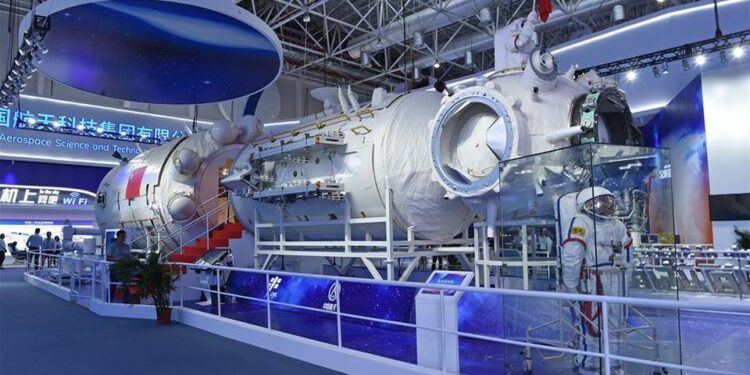 The first of these will be to successfully complete the inaugural launch of the Long March 5B. This carrier is a modified version of the Long March 5, currently the most powerful rocket available in the Asian country. The first mission of version 5B is currently scheduled for the second half of April, although the possibility of having delays due to the coronavirus emergency is not to be ruled out. If this mission is successful, the construction and planning of the launch of the first module of the Tiangong-3 station will begin immediately.

In April the Long March 5B will bring a prototype of the new capsule for Chinese human transport into low Earth orbit. This will bring astronauts to the Chinese space station in the future, but also on exploration missions to the Moon. China currently plans to bring the first taikonaut to our satellite in the mid-1930s.

The new Tiangong-3 space station will be T-shaped with the central module called Tianhe, and a laboratory module on each side. The central part, 16.6 meters long and 4.2 meters in diameter, will be the management and control center. Here astronauts will have around 50 cubic meters of pressurized space available. With the two side modules, this will rise to about 110 cubic meters. For comparison, the international space station has a total pressurized space of 425 cubic meters. Experts from the China Academy of Space Technology (CAST), the main developer of the space station capsules, said that only the central module could guarantee a long-term stay for three astronauts.

Find out more details about the future Chinese space station on AstroSpace.it, from which this article is taken.