Playing is a serious game

From training to recruiting, play is an increasingly used and appreciated tool: we talked about it with Andrea Mancini of Laborplay 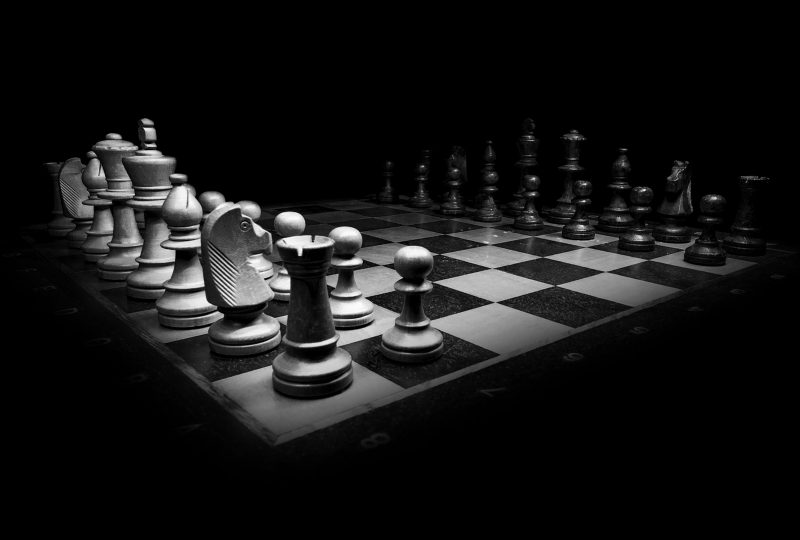 Evaluating a candidate’s transversal skills during the selection phase is becoming a necessity for many companies: evaluating the so-called soft skills, however, is not simple and this makes the work of recruiters very complex. To offer them support, however, a new tool is increasingly spreading which in the collective imagination has a diametrically opposite connotation compared to work: games.

The game as a functional tool. In the world of recruiting, as in that of training, the game is finding more and more applications: it allows, in fact, to experiment actions and behaviors, to favor the development of skills and to fully express one’s personality. We talked about it with Andrea Mancini of Laborplay, a company born as a spin-off of the University of Florence that uses games as a functional tool to analyze and evaluate behaviors and skills.

How is your reality born?

Laborplay was founded in 2015 by a group of work psychologists from the University of Florence. It was born out of the desire of 5 people to bring to the market what has been produced by scientific research, with the aim of innovating a fairly traditional path such as that of personnel selection. In particular, our focus is on transversal skills both in terms of training and development and evaluation.

And to do it use the game…

We wanted to introduce something new, which was fun and engaging both for the participants and for us: to use the multiple dynamics of the game in a very decisive way. We think that the game can be a very effective tool for both training and evaluation, as confirmed by several studies, especially in the evolutionary dimension. These types of games are commonly called serious games since the “lightness” of the game combines the “seriousness” of the training elements they contain.

How do you operate?

What we do is not just trying to gamify business processes, but we try to introduce game elements into organizations, making people play in structured contexts analogically or digitally.

If the participants are more involved and motivated they will learn even better and participate more willingly in the activity. Then there is also another aspect that is closely linked to all these reflections: employer branding and the need for companies to attract the best talents and keep them with them for as long as possible.

You come from the academic world. What does this entail?

Being inside the university world brings more than anything else a scientific mentality: we offer tools and services with a strong research base. All that we propose has been validated through research processes that link game mechanics to psychological constructs. All this, however, was also declined on an entrepreneurial level: we created a spin-off which is a full-fledged srl and therefore we had to learn and involve people with other types of skills in the project.

How do companies react?

There is some resistance, also because play and work are frequently considered as opposing elements. What we do very often is to let companies try our game-based devices: we have seen that we reach maximum effectiveness when our interlocutors touch the positive “effects” of our products. The game also brings with it very powerful metaphors that tell of many aspects and daily business experiences. Another aspect of our approach is to treat the game for what it is: it is not the panacea of ​​all evils or the only key to achieving certain results. It is a medium, as there are many others. The added value is not only in the instrument, it is not only the game itself, but it is the competence that we bring in interpreting the dynamics and mechanics that underlie the game.

So how are the different activities articulated within the business context? Can you give us an example?

Obviously there are several products and services that we offer, but we can identify phases that are almost constant. There is a phase of analysis of the demand in which the needs of the organization are deepened, one of introduction to the use of the game in business contexts in response to the needs that of supply and facilitation during the gaming activities and, finally, the phase debriefing on the behavior of the participants. This type of approach very reassures even the most resistant interlocutors because they understand that the game is not an end in itself, but is only a “means” to achieve training or evaluation objectives for certain skills

What products do you offer?

We move on three lines of business: we have a part of the construction and administration of tests, we develop serious games and finally we work with the use of real video games.

The part of the tests represents a part that can be managed independently by the candidate or the company. Our first test is called “Play” and is made up of 40 multiple choice questions, with an administration time of around 5-6 minutes. The peculiarity is that we ask what are the game mechanics that the subject prefers, regardless of whether he is a player or not. Based on the answers, we are able to return a behavioral profile with respect to soft skills, which includes strengths and areas for improvement, best skills and small suggestions for the development of one’s potential.

In this area, we have used two different approaches throughout our corporate history. Initially we focused our attention on the games already existing on the market and on the basis of the various game mechanics present we created usage protocols, to allow the possibility to evaluate/train certain soft skills. Lately, however, we have also started to develop original and proprietary games in which we can create new situations and mechanics based on the different needs we intercept: for this reason we have also added to the staff a game designer who deals with the conception and design of playful devices.

Do you also develop video games?

Video gaming is a very vast world and great investments are needed to develop a quality and graphically beautiful game. For this reason, we preferred to study in-depth the mechanics of the existing games and to trace them to certain transversal skills. This was only possible through a long and accurate research process that lasted about a year and which involved more than 20,000 people throughout Italy.

One use we make of video games is for example within training courses where we integrate video games within a more “traditional” training context. Participants in the training course can use video games in complete autonomy, selected according to the topic we are dealing with, share their performances and their gaming experiences with us and discuss them together in a follow-up moment

Will video games be “gyms” for our brains in the future?

Already today there are many video games, the so-called Brain Training, games for the training of some of our cognitive abilities. We don’t play to be smarter or to learn something concretely, we use them because they stimulate us, they pose challenges that gratify us. In the future, I think this will happen more and more and even a certain type of information could pass right from the game and its mechanics.

Beyond the “game” tool, how can a transversal competence be assessed and certified?

First of all, I like to call them human skills: soft refers to something light, less important than what is hard. Secondly, I believe it is important to make a culture about what these skills are and what their value is. Even for the evaluation of soft skills, the difficulty often lies precisely in understanding: what is leadership for example? It is necessary to understand what the company needs and translate it into something measurable, going to examine the observable behaviors, placed in the context. This makes measurement possible.

If, on the one hand, companies are looking for human skills, on the other, trends tell us that in the future the selection could be made by artificial intelligence systems. How do these two aspects coexist?

I hope that, even in the future, the support of technology in the selection process is only in the pre-screening phase. When you have a slightly more limited squad, people must be seen and evaluated in a work and group context: this will also be valid tomorrow when technology will be even more present than today and the typically more fundamental human skills.