NASA chooses three landers to go down to the moon. There is also Starship 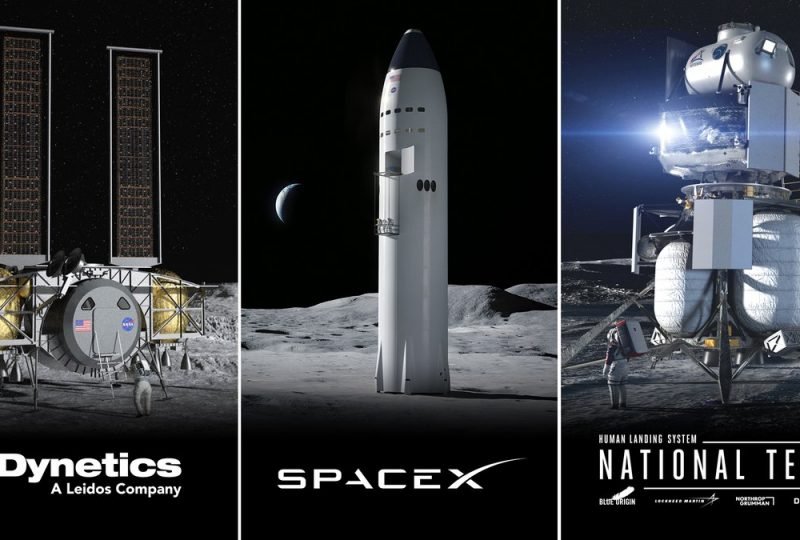 NASA has just announced the winners of the Commercial Human Lander Award program. With this program, NASA will finance three projects from three different companies, but it has not yet been decided which final lander will go to the moon. The three teams selected by NASA are:

Dynetics. The company will work with over 25 companies to build a two-stage lander. One part will be able to rise and fall on the lunar surface, the second will be the host for astronauts on the surface. The Dynetics lander can be launched with the ULA Vulcan rocket.

Blue Origin and the National Team. Blue Origin announced in late 2019 the collaboration with Lockheed Martin, Northrop Grumman and Draper Lab for the construction of a lunar lander. Their proposal has been accepted and consists of a three-stage lander that can be launched with Blue Origin’s New Glenn rocket or ULA’s Vulcan. The lander will be called Integrated Lander Vehicle (ILV).
Blue Origin, as prime contractor, will guide program management, systems engineering, mission security and insurance. In addition it will develop the element of descent. Lockheed Martin develops the reusable ascent vehicle and conducts flight operations with crew and training. Northrop Grumman finally develops the Transfer Element vehicle that transports the landing system in a low lunar orbit for the final descent. Draper guides the descent instead and provides flight avionics.