The leak on the ISS is perhaps getting worse, but research continues

Search for the leak on the ISS has been restricted to the Russian service module Zvezda but the exact location is still unknown. 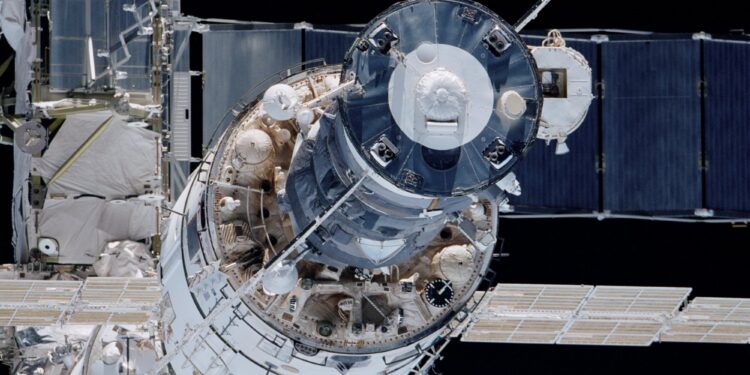 Since June 2019, the existence of a loss of pressure inside the International Space Station is known, but the causes as well as the location of the leak remained unknown (almost certainly due to a small hole).

Since then, the guest crews of the ISS have spent a lot of time looking for the leak, but with poor results. The values ​​of the pressure drops are very modest, and although this does not affect the survival of the astronauts, it is a huge obstacle to finding the flaw. The first encouraging results come from the current crew, consisting of Russian cosmonauts Anatoly Ivanishin and Ivan Vagner and the station commander, NASA astronaut Chris Cassidy.

Pressure drop values ​​increased particularly in August, reaching a peak on 28 September. During the night, the air traffic controllers woke the members of Expedition 63 to organize a new inspection. Previously they had been isolated in the Russian segment, in order to check if the loss was on the American one. However, during the night investigation on September 28, it emerged that the leak came from the service module (the docking part) of the Zvezda segment.

The ingognita of Zvezda. Zvedza, the third module in order of age, was launched into orbit back in July 2000. Its use is aimed at controlling and sustaining all the primary life supports of the Russian segment of the ISS, as well as a refreshment and work area for the entire body cosmonauts on board. The crew closed the bow and stern hatches of the Zvezda module, the passages to the Pirs docking module and the Poisk compartment. Later, the three surveyed using an ultrasonic sensor, working closely with US and Russian mission specialists on Earth.

At the end of the investigation it was declared that the apparent increase in atmospheric loss was due to a change in temperature and that the amount of pressure lost had actually remained constant. After the inspection, the components of Expedition 63 then reopened the hatches of the Zvezda module, and resumed routine activities aboard the International Space Station.

The research continues. It is certainly not the first time that problems of this type have occurred. During the long career of the ISS, similar problems have occurred several times. While they have never been a serious problem for astronaut activities, spills are extremely controlled. Ground engineers and crew members are in fact working hard to precisely locate the hole and close it permanently. In fact, on 2 October the air loss seems to have increased a lot.