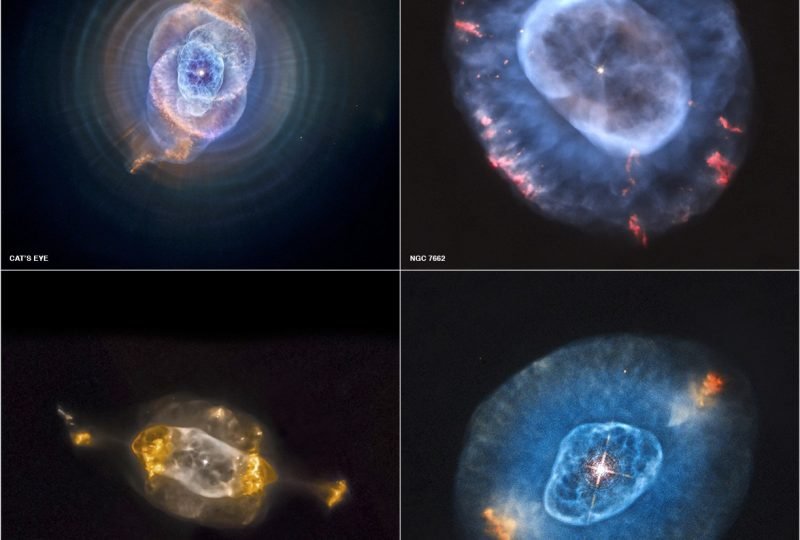 It doesn’t matter if we talk about the smallest microorganisms or elephants, exotic insects or migratory birds, any life on Earth, including humans, is based on carbon. If we were to break down the atoms that make up all living things we would discover that almost half of them are made of carbon atoms. Despite its importance for life, we still don’t know all about the history of this particular element. We know that, like all the elements, it formed inside the stars, but we do not know exactly this process. A group of researchers from the National Institute of Astrophysics may have found an explanation: carbon would come from white dwarfs.

Where does carbon come from? About 90% of all the stars end their life as white dwarfs, very dense and compact stellar remains destined to cool forever, becoming gradually less bright. Before that happens, in the last breaths of life, these stars leave one last important legacy, delicately spreading their ashes in the surrounding space in the magnificent appearance of planetary nebulae. These ashes, spread in the cosmos through the so-called “stellar winds”, are enriched with many chemical elements, including carbon, recently created in the deepest layers of the star during the last stages before death, through the fusion of three nuclei of helium.

Some studies are in favor of small-mass stars that ejected their outer mantles into space by means of stellar winds and became white dwarfs, others place the main site of carbon synthesis in the winds of massive stars that eventually exploded as supernovae.

The study published in “Nature Astronomy” by an international team of researchers led by Professor Paola Marigo of the Department of Physics and Astronomy “Galileo Galilei” of the University of Padua and associated with the National Institute of Astrophysics indicates that white dwarfs can give answers on the origin of carbon in the Milky Way.

By analyzing the light spectrum of some white dwarfs located in open star clusters of the Milky Way, or those groups of stars – up to a few thousand – held together by mutual gravitational attraction, it was possible to deduce how large they were when they were normal stars. In doing so, the researchers were able to deduce the “initial mass-final mass relationship”, a fundamental tool in astrophysics as it encompasses the entire life cycle of stars in a single datum, linking birth to death. This figure has always been described with an increasing trend: the more massive the star is at birth, the greater the mass of the white dwarf that will remain at its death.

“Once we compared the new white dwarf data with the initial mass-final mass relationship, we were faced with an unexpected and, in a sense, bizarre result: the masses of those white dwarfs were significantly larger than they thought to date, astrophysicists. Not only that, we realized – says Léo Girardi of INAF in Padua – that their inclusion interrupted linear growth, introducing a sort of small ripple in the relationship, corresponding to stars born with a mass around twice the mass of the Sun. Stars born approximately 1.5 billion years ago in our Galaxy have not produced white dwarfs of about 0.6-0.65 solar masses, as was hitherto believed, but, dying, they left behind more massive compact remains, up to about 0.7-0.75 solar masses “.

The results. What is this difference due to? The study interpreted it as the signature of the synthesis of carbon by the small mass stars in the Milky Way. “In the last stages of their life the stars with an initial mass approximately equal to twice that of the Sun – explains Paola Marigo – forged new carbon atoms in their warm inner layers, to then transport them to the surface and spread them in the interstellar medium. I our detailed stellar models indicate that the removal of the carbon-rich outer coat was an event that occurred slowly enough to allow the central nuclei of these stars, the future white dwarfs, to grow significantly in mass, more than was believed. ”

“This result – continues Paola Marigo – […] poses rigorous constraints on how and when carbon, the essential element for life on Earth, was produced by the stars of our galaxy, then ending up being trapped in the matter by which the Sun and its planetary system formed about 4.6 billion years ago. We now know that the carbon we are made of comes from stars with a birth mass of no less than about 1.5 solar masses. “