The US space agency has many missions and projects coming up in the next few years, let's take a look at the most interesting 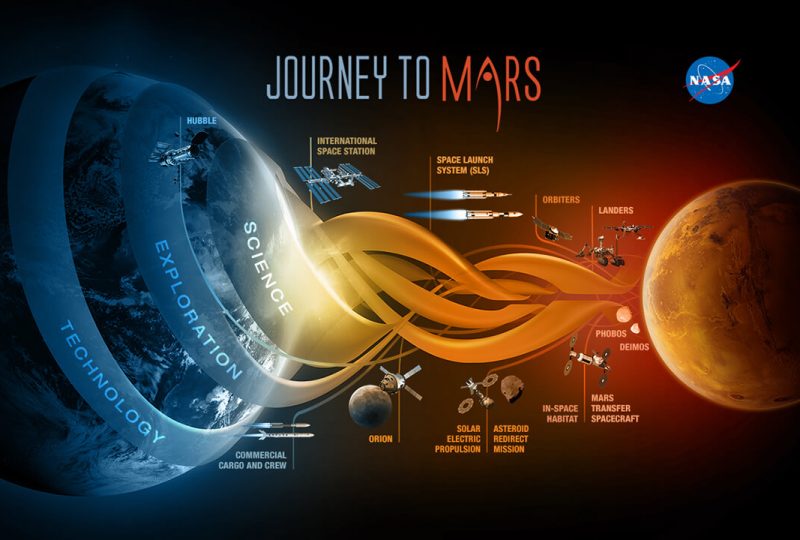 The new golden age of space exploration is underway, new frontiers are constantly being broken and new horizons are falling in the crosshairs of the major space agencies that are completing preparations for various missions. Here are the 5 US space agency missions to keep an eye on in the coming years.

2023, the return of OSIRIS-Rex. Launched in 2016, the NASA mission is tasked with exploring the asteroid Bennu, an object about 500 meters in diameter. In October 2020 it will perform an exceptional maneuver: it will approach a few meters from the asteroid’s ground and take a sample with a robotic arm. After that, in 2023, when orbital conditions are optimal, it will launch a small probe containing the sample towards Earth. A home delivery on the other side of the solar system.

2024, a small, second, step. NASA is working hard to get men and women back to the moon. According to the timetable, the Artemis program foresees the first moon landing in over 50 years in 2024. The goal, this time, will be more ambitious, not to visit the Moon but to find an ideal place to establish a stable outpost. For this reason, the landing will take place at the South Pole of our satellite, an area in which water ice should be found on the bottom of craters where the sunlight never reaches.

2025, a house around the moon. Part of the Artemis project and part of the successor to the International Space Station, the Lunar Gateway will be a space station that will orbit our satellite and that will act as a bridge between the lunar bases and our planet. In 2025 it is expected the launch of the housing module in which astronauts will be able to stay for weeks.

2030 red. The missions to the Moon, in addition to establishing what has been called cislunar human expansion, or the creation of an outpost that allows scientists and researchers to carry out cutting-edge research on our satellite, will have the task of developing technologies and skills necessary for the future journey of man to Mars. The red planet remains a top-level scientific and exploration objective: according to NASA’s roadmap, in fact, in 2030 the first human will set foot on the red surface of Mars. Obviously this is an indicative date that could be distorted by any event, both in the aerospace and international fields. In fact, nothing prevents other realities from reaching the red planet first. After all, it is no mystery that Elon Musk points precisely to the creation of a colony on the surface of Mars. Who will arrive first?