Curiosity's twin rover is ready for launch, with many upgrades, including the first drone on the red planet 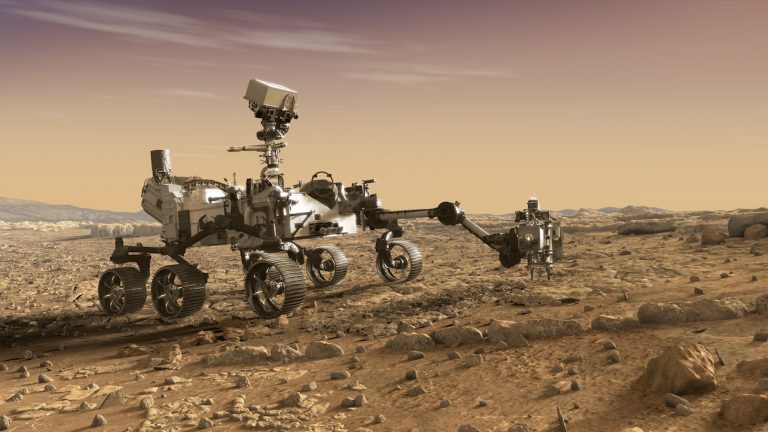 The harmonious dance of the planets to the rhythm of gravity means that this period, which occurs every two years, is the best time to try to reach Mars. We have already seen how the UAE recently launched their first mission to the red planet, just as China just a week ago left with the ambitious Tienwan-1 mission. Now it is the turn of the United States that on July 30 at 15.30 Italians will launch the Perseverance mission, a mission in some ways twin of that of the Curiosity rover, launched now 9 years ago, but at the same time very different.

The mission. The rover will depart on top of an Atlas V rocket and arrive at its destination on February 18 of next year. The Jezero crater, in Isidis Planitia, where the remains of a huge river delta are located, where Perseverance can carry out its mission: to search for traces of organic carbon and therefore fossil life.

The rover. Aesthetically very similar to Curiosity, Perseverance hides the best of the available technologies and scientific instruments under the surface. It weighs 1050 kg, 20% more than its predecessor, and is powered by a thermoelectric generator with radioisotopes, or RTG. A device that exploits the radioactive decay of a Plutonium isotope to generate energy and therefore power the rover. With a maximum speed of 150 meters per hour it is almost twice as fast as Curiosity, but be careful, the exploration of Mars is not a race but a marathon: to manage this “crazy” speed the rover is equipped with an autopilot system able to independently manage navigation towards its goal.

Scientific instruments. Perseverance is equipped with two main cameras, Mastcam-Z and Supercam, if the former is a real camera, the latter is a more suitable system for analyzing the light spectrum of rock samples that are vaporized by a laser. An articulated robotic arm allows the rover to interact with the environment to carry out analyzes and collect samples.

Just on the robotic arm there are two fundamental tools for the success of the mission called, curiously, “SHERLOC” and “WATSON”. Both are specialized in looking for traces of biological materials.

In flight in the skies of Mars. One of the strengths of this mission lies in the belly of Perseverance. After a month spent on the red planet, Ingenuity, the first interplanetary drone, will be released. It is a small helicopter weighing just 1.8 kg capable of hovering in flight in the soft Martian atmosphere thanks to the large rotors capable of turning up to 2400 rpm. It will act as a guide for the rover, allowing you to go to the forefront to explore the path ahead with a detail that satellites cannot provide. Furthermore, if the system works properly, it will allow to develop heavier flying vehicles in the future, allowing you to explore the planet from a new perspective.