The role of metallic iron: an "instant yeast" for diamonds 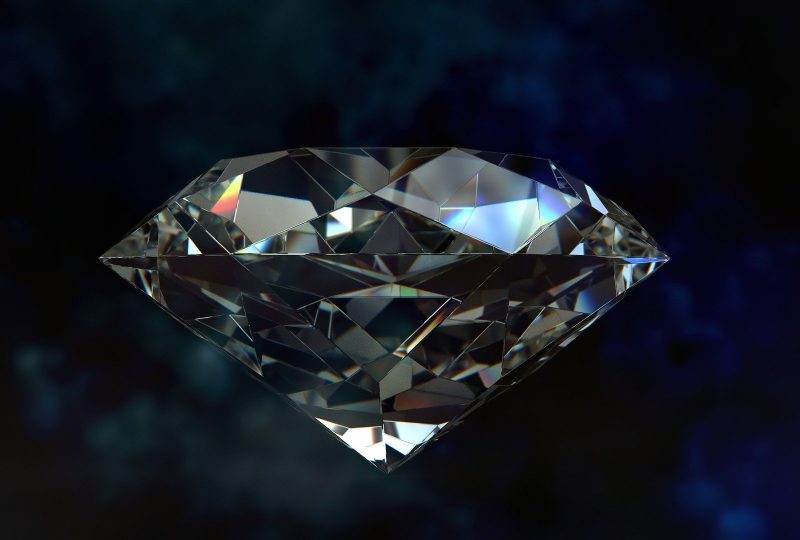 Space is a frontier of exploration, research but also of resources. More and more eyes turn to the cosmos dreaming of profits but also of a new gold rush, in a more sustainable form for our planet. Diamonds are also among the materials of interest, and we now have a valid hypothesis on how they form in space.

Published in “PNAS” – Proceedings of National Academy of Sciences – the research of the team led by Fabrizio Nestola, Director of the Department of Geosciences at the University of Padua. The formation of extraterrestrial diamonds contained in meteorites would be due to a prolonged impact of 4-5 seconds on the planetary parent body of the meteorites that transformed the graphite. The role of metallic iron is fundamental, as it is able to synthesize diamond directly from graphite even at low pressures as an “instant yeast”.

Extraterrestrial diamonds. The possibility of identifying diamonds, large and very large, in the deepest space has always been considered a romantic legend, however it is well known that extraterrestrial diamonds are present inside special meteorites (ureilites). However, one should not fantasize about their size: far from being mounted on a sumptuous solitaire, inside a famous meteorite (found in Sudan and called Almahata Sitta from the Arabic “Station number 6”), “large ”Extraterrestrial diamonds about 0.04 millimeters in size. Not much in truth, but it is also true that until 2015-2018 the caliber of those found in meteorites were positioned in the nanometer scale (1 nanometer = 1 millionth of a millimeter).

The origin: two opposing hypotheses. More than their size, it is their origin that has been debated in recent years. On the one hand, scientists who in 2015 and 2018 had found precious aggregates as large as 0.04 millimeters (a diamond of one tenth of a millimeter is about 100,000 times larger than a 1 nanometer diamond) have hypothesized that diamonds of this size could having formed directly in the depths of a planet similar in size to Mars or Mercury (approximately 6800 and 4900 km in diameter, respectively, compared to the approximately 12700 km in diameter of the Earth) and with mechanisms similar to those by which they are formed inside the Land. The planet within which these diamonds would have been generated would then be completely destroyed and therefore today we would no longer have evidence.

On the other hand, those who believe that these dimensions are instead linked to the transformation of graphite into diamond due to a great shock impact suffered by the planetary bodies parents of the meteorites that rained on the earth: the star cluster, with the graphite inside, undergoes a great impact and directly generates the diamond due to the sharp increase in pressure and temperature. It is therefore the space collisions of the parent asteroid in the early solar system that generate diamonds by transforming graphite, the common low-pressure form of pure carbon.

The rest of this entry is in italian.