Elon Musk's new spacecraft promises to revolutionize the world of space exploration again, what are its capabilities? at what point is its development? And above all, will he really manage to take us to Mars? 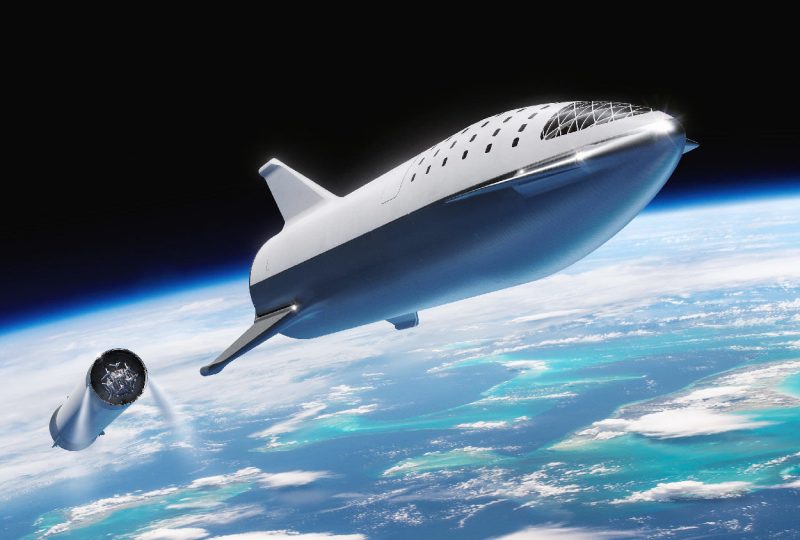 In a thick cloud of smoke, in the Boca Chica base in Texas, you can see a small metal dome briefly peeping out. It is the top of the Starhopper that made its small inaugural hop on the night between 25 and 26 July. The first of a long series of tests, with difficulty and incremental height, which will bring the prototype, which looks like a water boiler (stocky and unelegant), to become the most graceful and aerodynamic Starship. The newly developed SpaceX spacecraft that according to Elon Musk in the coming decades will take us to the Moon, Mars and beyond.

The Starship, officially announced in 2017, has seen in its short life a constant change of its forms and specifications. It is, in fact, a constantly evolving project in which engineers have perfected the design by applying various modifications. Thus, from a conformation with four Raptor engines suited to the vacuum of space and two engines for atmospheric flight, we have moved to a setup with three engines for space flight and the same for the atmosphere. Again, the shape of the fuselage, the number of support legs and even the construction material changed a lot before the construction of the two prototypes began.

Carbon fiber? Better stainless steel. Virtually all aerospace vehicles today are built using carbon fiber: a light and durable material. Musk, however, wanted to take a different path: the fuselage, in fact, will consist of stainless steel 301. A material that is resistant and easy to work with, as well as much cheaper, but much heavier than carbon fiber. The reason for the choice would be in the thermal capacity of the alloy that would be able to resist more easily to the high temperatures of the atmospheric re-entry. And given that the basic idea behind the new spacecraft will be complete reusability, the possibility of not having to replace the heat shield after each flight will guarantee the Starship more rapid flight sequences (in addition to cutting costs).

Disposable aircraft. Imagine how much a plane ticket could cost if after each flight the plane was destroyed: an economically unsustainable choice. And yet, in the world of space exploration, it has always been like this (except for the Space Shuttle parentesis), with each launch there is a rocket that once finished its task falls into the sea (in a specific area far from sea traffic – or in the case of China, in areas presumably poorly inhabited) or is abandoned in space. Musk’s revolutionary idea was to make the rockets reusable, capable therefore of landing vertically and of being able to fly again. Which, with its Falcon 9 and Falcon Heavy, has already shown that it can be done more and more times in a row. But now the question becomes big, literally. The Starship will have a height of 55 meters, a diameter of 9 meters and a take-off mass of over 1000 tons. Once the Starship is completed it will have mind-boggling features: a load capacity of 150 tons (compared to 63 for the Falcon Heavy, the most powerful rocket in existence today and the 140 of the Saturn V, the most powerful rocket ever built) and the ability to transport crews of 100 people. A huge step forward compared to the three astronauts who travel boxed as sardines in the Soyuz we use today to send them into orbit.

The first flights. Elon Musk is an incurable optimist and a great latecomer: according to his statements the first official (but unmanned) flight of the Starship will take place by 2021 and by 2023 the second part of the most powerful rocket ever will have to be completed, the BFR, Big Falcon Rocket, formerly known as Big Fu ** ing Rocket. The Starship is in fact only half of the vehicle that the man should bring manking in space in huge numbers. An exquisitely propulsive part called Super Heavy Booster, a gigantic reusable rocket, will give the Starship the necessary boost to go beyond the Earth’s orbit and reach the Moon, Mars and, perhaps, other planets and moons of the solar system.

#DearMoon. When the two will be completed, the first commercial launch with a crew that has already been organized and presented to the public will take place: it is a journey that will bring the Japanese magnate and philanthropist Yusaku Maezawa, together with a group of 6-8 artists of various kinds selected by Maezawa himself (who will cover all travel expenses), in orbit around the Moon on a six-day journey. The mission, a mixed fried space travel tourist, collective work of art and huge marketing operation, should take place in 2023 and aims to bring, through the eyes and the works of the artists, all of humanity to appreciate the beauty outside our atmosphere, perhaps bringing even more space exploration into the public interest.

To infinity and beyond. With the BFR, then Starship and Super Heavy, in full operation, humanity will have access to a vehicle capable of rivaling spaceships from the best science fiction films. The Starship could bring man back to the Moon, in a period, the 20s of this century, which will see the cis-lunar space very busy. After the Moon, the goal to be achieved, always declared by Musk, will be Mars: the enormous load capacity of goods and people, in addition to the reusability of the system, could really allow the creation of bases on the Red Planet, provided that we manage to solve the innumerable challenges that go beyond the journey itself, such as protecting astronauts from cosmic rays that constantly bombard Mars, or being able to extract water from its weak atmosphere or from underground deposits.

In the meantime, SpaceX plans to use the Starship also as a vehicle for the Earth. In fact, it may be able to fly from one end of the world to the other in a few minutes, a potential that could make aircraft use obsolete but still has to prove its feasibility. Meanwhile, the results achieved so far and the expectations that the Starship is succeeding in creating in the audience are leading to the emergence of renewed interest in space, its challenges, and its opportunities. 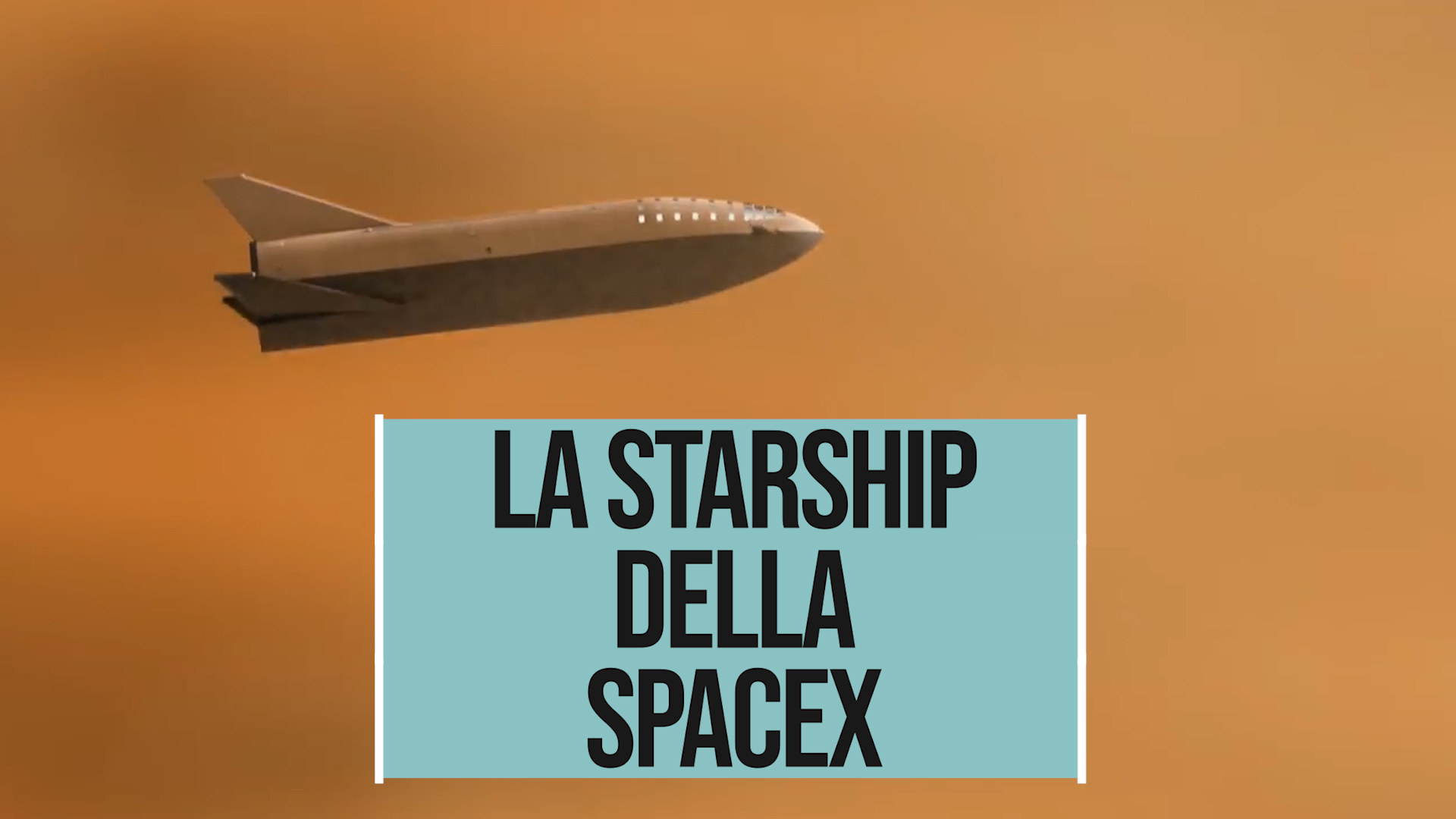