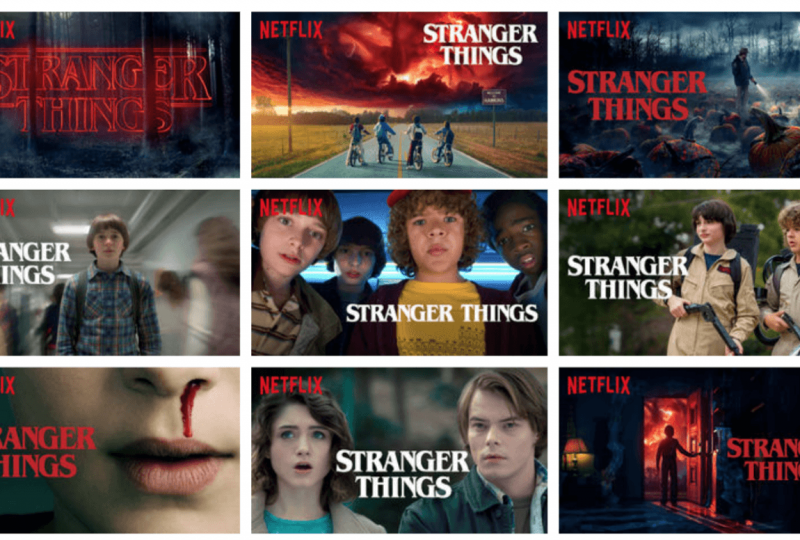 It was 2010 when a DVD rental company, called Netflix, decided to invest in a platform that provided streaming content on-demand. With this decision, the Reed Hastings company marked one of the greatest revolutions in the world of modern entertainment. It was a risky bet, but the world rewarded his courage by making it one of the major players in the production and distribution of films and television series. To date, Netflix has more than 15 million active users in the world, generating more than 15 billion profits only in 2018.

A success based on simplicity. To date, it is estimated that 23% of American adults access Netflix on a daily basis, and worldwide millions of people connect to the platform every night to access their favorite content. But where does this success come from? Surely the vast catalog helps, together with the high quality of the available contents, but also the users experience plays a fundamental role. In fact, Netflix is ​​simple to use, intuitive, and allows you to be able to see your favorite series even in conditions of optimal connection. Furthermore, we always know how far we have come, and we can resume watching the movie or TV series with a simple mouse click. All these factors play a fundamental role, as they make the user as satisfied as possible, minimizing the risk of cancellation of the subscription.

Looking for inspiration. If continuing to watch a film is a simple and immediate action, the real problem is choosing what to start watching. Netflix knows that the more time you spend searching for content, the more likely it is that you will leave the platform and go do something else. For this reason, it is essential that a person can quickly find something that attracts him and leaves him satisfied. The decision of what to suggest to the user is therefore crucial, and the company makes enormous efforts to improve the suggestions even more.

Keyword: personalization. If we compare our Netflix profile with that of a family member/friend, we note that the suggestions are totally different. In fact, the proposals are customized according to the tastes of the individual user, thanks to the use of a family of algorithms called Recommender Systems, algorithms created precisely to make recommendations to users. These algorithms are a branch of artificial intelligence, and they exploit the visualization data of millions of people to choose the potentially more similar contents to each individual user.

Data, data, data. The initial Netflix algorithm, called Cinematch, was based on three types of data:

With this information, Cinematch calculated how likely it was that a given user would like a certain film, given the films that had previously been seen. How did he find this information? It was based on other users. In fact, the algorithm looked for people with similar tastes to the user in question, to propose films that similar users had liked. Cinematch worked well, in fact, it was able to choose films in 75% of cases. But for Netflix, it wasn’t good enough.

A millionaire contest. To find a better algorithm, Netflix decided to call a prize contest. In fact, Netflix would have given a million dollars to anyone who could create an algorithm that predicted the tastes of users with at least 10% greater accuracy at Cinematch. From the start of the race it took only 6 days to create an algorithm with the same efficiency, but to get better the 10% algorithm took over 2 years.

A continuous evolution. But this was only the beginning, since then the algorithm has been continuously improved to increase its performance. Lately, Netflix is ​​no longer limited to creating personalized suggestions, but also the images shown on the selection page are chosen according to the user. Furthermore, with some of the latest series, the order of the episodes is not fixed, but different for each spectator. Finally, these data are not only used in the selection of content but are used in many other processes.

But this is another story …

Pietro Crovari graduated in Computer Engineering in Genoa, where he continued with the Master's Degree. After 4 months at the Georgia Institute of Technology in Atlanta for Research Intern, he currently works as a Research Fellow at the Milan Polytechnic. He has worked for four years at the Genoa Science Festival where he fell in love with the world of Scientific Disclosure. He loves two things in life: his studies and the chance to spread his knowledge. Enthusiastic, incurable optimist, he faces every day with a smile and the desire to learn something new!

Google Maps is based on a very simple but incredibly...

Recently Google presented the Stadia project, wanting to pave the...

Stories of algorithms: the “instructions” that change our lives

What do have in common the assembly of the bedside...