One of the most fascinating structures in the Universe 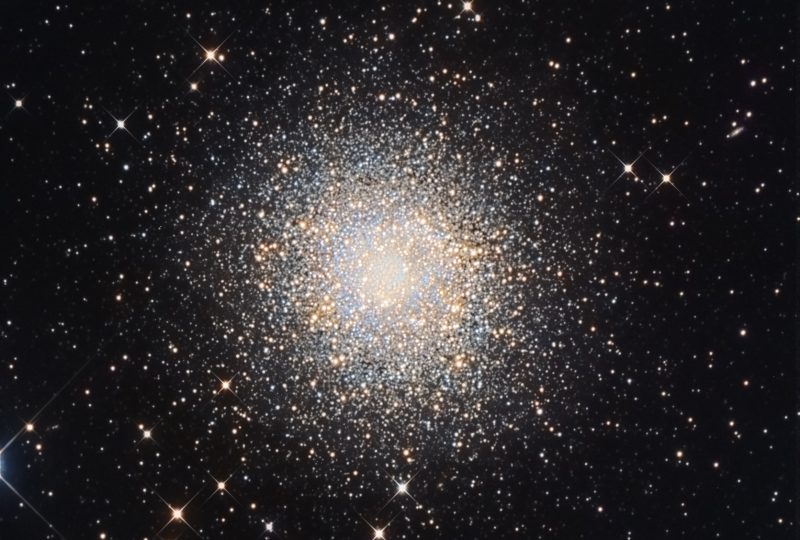 In our Universe the ways in which stars interact with each other, guided by gravitational currents, leading them to form structures of dimensions almost inconceivable by the human mind, are innumerable. From the clusters of stars that make up our stellar neighborhood, to the superclusters of galaxies, such as the local one of Laniakea, each of these forms hides the secrets and history of the evolution of our Universe and their study is fundamental to understanding our past, in a broad sense.

Globular clusters are perhaps among the most curious structures and represent a window to the past, a few million years after the Big Bang. It is a set of very ancient stars, with a spherical shape, which usually orbits around the center of a galaxy. Even our Milky Way is dotted with globular clusters, to date there are 158 of them. Unlike most of the stars, which often have a system of planets around them, those inside the clusters are likely to have no rocky bodies large following them: the stars are so close to each other that a possible planet would have no way of remaining tied to the orbit of its star and the risk of collision with other stars would be very high. The same goes for the stars themselves, in which extremely close encounters and passages are on the agenda. For this reason, objects such as pulsars and neutron stars, born from the fusion of stars, are very common, particularly in central areas, denser than stars.

The importance for the history of the universe. From the observations it has been possible to discover that practically all the stars within a globular cluster belong to the same population, a very old population, almost as much as the Universe itself. They are in fact stars with low metallicity, that is, which have very few heavy elements inside them and are composed almost entirely of hydrogen and helium. The heavy elements, which in cosmology are all those elements heavier than helium, are in fact born following the enormous energies generated by the explosion of stars.

The lack of these elements indicates that the stars inside the clusters are incredibly old, almost as much as the Universe itself, for this reason being able to study them allows us to collect bits of history from the dawn of history itself.