Hacking Covid-19: facing the new Coronavirus thanks to data

A group of citizens, born from a spontaneous initiative, has decided to collect and analyze the many data we have on the Pandemic 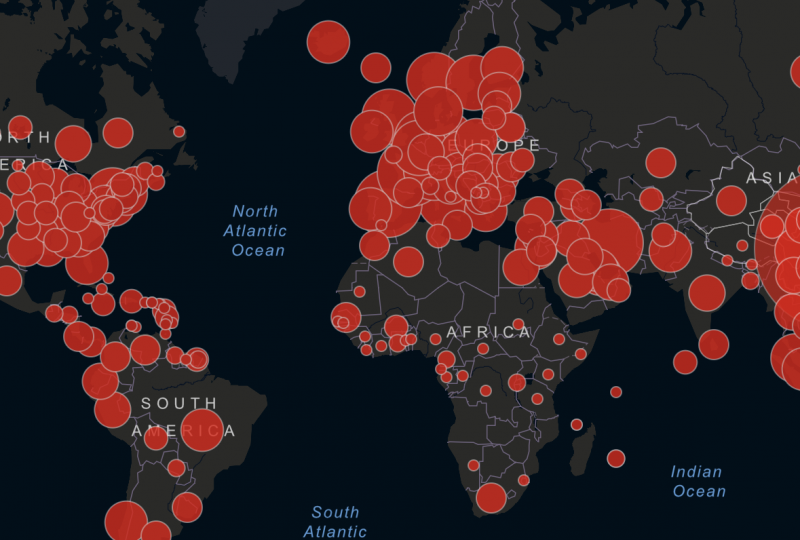 Number of infections, healed, deaths, tampons carried out.
Numbers.
During these weeks of emergency we hear about them continuously and, as in a war bulletin, we look forward to the Civil Protection report for new and more updated ones.
But what value do they have? Do we really have the tools to understand them and use them to better face the emergence of the new Coronovirus? A group of citizens who freely and spontaneously created Hacking Covid-19 with the aim of pooling all the information we have, analyzing, ordering, aggregating and extracting its value, tried to answer this question. Because the study and a correct interpretation of the data, not only in emergency situations, are fundamental for making more informed decisions.

The effects of Lockdown. The quarantine and forced closure of factories and commercial activities are putting a strain on our economic and social fabric. Many people are asking if this is working. The incubation period of the virus, in fact, does not allow immediate responses and it is not always easy to perceive the drop in infections by listening to the daily numbers without the possibility of comparison. For this reason, the Hacking Covid-19 group focused on this aspect, graphically representing the growth rate of the infection and highlighting a sharp decrease in the curve following the measures taken.

Diffusion of the test: regional and cross-country differences. But the numbers are not all the same: they must be examined in relation to a series of factors that change substantially according to the countries and also to the individual Italian regions. According to an Imperial College study, for example, there are an estimated 6 million already positive people in Italy. Why? Simplifying, we can say that the more tests are carried out, the more chances we have of finding positive cases. At the same time, with more infected people identified the percentage of seriously ill people will be lower, as will the mortality rate.
This is why, normalizing the data of the different Regions, comparing them, which means applying all the same proportion of tests carried out, the number of positive cases in our country could be much higher. This, however, is not bad news: according to this calculation, in fact, the mortality rate would drop, settling between 2-3% in a more homogeneous way compared to the different territorial areas.

Towards Phase 2: aim to live with the virus. The effect of lockdown policies has made it possible to contain the spread of the infection: a measure to take time and organize ourselves, to be able to face a period of coexistence with the virus, waiting for a vaccine. The long-awaited Phase 2 announced by the Government goes in this direction. The examples and models at an international level are already there: in South Korea the peak has passed and now the viruses are managed, in its ups and downs, also thanks to the support of technology that allows the tracing of infections.
What do you hope for the future? To be able to treasure the many data we have, to be able to interpret them correctly and to provide citizens with all the information to understand the evolution of the emergency.
Because the “simple” numbers, as we are often told, are not enough on their own.