A super calculator, named Leonardo, to support the future of research and development in a wide range of sectors: from the design of medicines and new materials to the fight against climate change 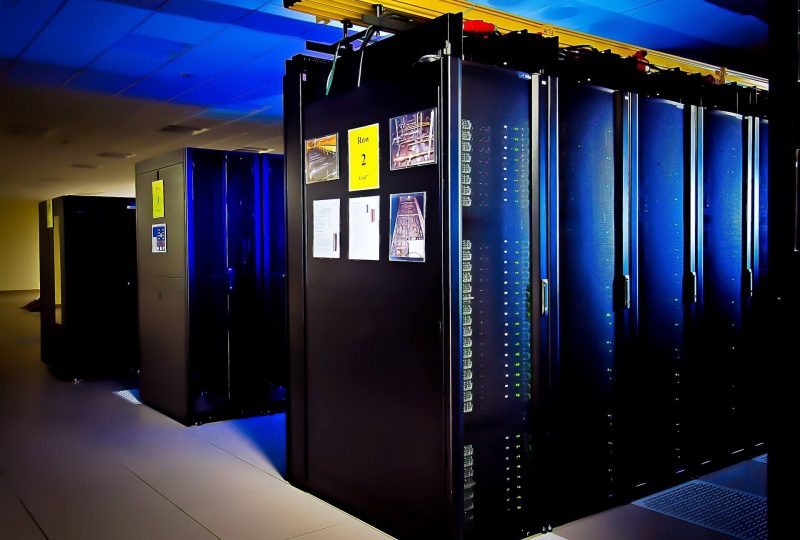 Italy is among the 8 countries that will host a supercomputer with very high computing capacity: a leap forward to make Italy, within the European framework, a region of avant-garde worldwide. A strategic resource for the future of science and industry, to allow Europe to progress in future-oriented technologies, such as the Internet of things, artificial intelligence, pharmacology, personalized medicine, robotics, and the large data analysis.

The news was given on June 7th in Luxembourg on the last Governing Board of the European High-Performance Computing Joint Undertaking and resumed at a press conference on June 10th to present the details relating to the appointment of Italy as the host country of the supercomputer.

The sites of the supercomputing network. The Italian host city will be Bologna, formerly the headquarters of the Cineca Interuniversity Consortium, which with the National Institute of Nuclear Physics, Infn, and International Superior School of Advanced Studies, Sissa, of Trieste has led the nomination proposal since the beginning of 2019, thanks to a joint consortium with Slovenia. Bologna, therefore, the city home to the oldest university in the Western world, will be the home of one of the most powerful and cutting-edge computational infrastructures. The project bears the name of EuroHPC and, in addition to the one in Bologna, provides for another 7 computers in as many European cities: the others will be located in Spain, Portugal, Slovenia, Bulgaria, the Czech Republic, Finland, and Luxembourg.

The project has an initial value of 840 million euros: a figure certainly important but that will bring an exponential advancement in technological scientific research. It is, therefore, an investment with an immense economic value of return, today difficult to predict or calculate. Furthermore, Italy will contribute 120 million euros of specific resources, bringing benefits from the employment point of view in the short term, creating quality jobs and allowing to exploit the potential offered by big data and artificial intelligence.

Applications. The aim will be to support and stimulate the development of important applications in areas such as disease diagnosis, personalized medicine, innovative drug, and material design, bioengineering, weather forecasting and climate change, advanced data analysis for designing the mobility of the future.

Why this super calculator? The amount of data available today by scientists in European institutes and industries does not currently correspond to the computational capacity available across Europe: we have so much valuable data but we are unable to process it. It’s like having seeds, sun, water, and labor but no land to grow. No Union supercomputer is in the top 10 globally and the existing ones depend on non-European technology: this represents a potential risk of being cut off from strategic and technological knowledge for innovation and competitiveness. Wanting to achieve a certain technological autonomy is necessary to avoid serious problems relating to privacy, data protection, and scientific and industrial intellectual property. Furthermore, Europe consumes around 29% of the high-performance computing resources worldwide today, but the European industry supplies only 5%.

For these reasons, the European Union, with EuroHPC, invests in this ambitious infrastructure strategy: the ambition is to become one of the world leaders in computerized supercomputing.

The network will be composed of “exascale” computers, that is systems capable of executing a billion billion (exaFLOPS: one quintillion) of operations per second. These machines will be interconnected with existing national supercomputers and will be made available throughout Europe to both public users and private users for the development of important scientific and industrial applications.
Investments in these technologies will benefit the development of European industry as well for the supply of high-end applications. For example, one of the objectives will be the development of low-power microprocessors that will make Europe autonomous in this area, which is so essential for many emerging markets, such as, for example, vehicles for the driverless future mobility.

Benefits. Supercomputing is a fundamental tool for understanding and responding to current and future complex challenges, such as forecasting adverse weather conditions or analyzing data from scans of our bodies in order to improve diagnosis or prevent disease. These types of analysis, impossible to carry out on traditional instruments, are of crucial importance: just consider that a third of all the global gross domestic product is influenced by weather conditions and that extreme phenomena have an estimated impact in Europe of 400 billion euros, affecting about 5% of the European population and causing about 3000 deaths per year. The goal will be to prevent and contain these losses by using the high-performance super calculation.

Thanks to these technologies, scientists will obtain more in-depth information on previously unexplored and highly complex areas and systems, driving innovation and discoveries in almost all scientific disciplines. The main challenges that this type of calculation helps to address include decoding the functioning of the human brain or predicting the development of the earth’s climate. High-performance computing is also fundamental for the discovery of new drugs and the creation of medical therapies for the individual needs and conditions of patients suffering from cancer, cardiovascular or Alzheimer’s diseases and rare genetic diseases. For example, high-performance calculations were decisive for the 2013 Nobel Prize winners in chemistry to model the complex interactions between different atoms and molecules, combining classical and quantum physics.

During the press conference, Roberto Viola, Director General of the Communication Networks, Content and Technology Department of the European Commission, emphasized that:

“The goal is to make the fastest supercomputers in the world. And the applications are endless. To give an example: today to synthesize a new drug it takes 300 years, with the new machine just half an hour. It is a great challenge for Europe and for Italy. We are happy to play this challenge together. Soon we will also enter the quantum race and hope to do this together too. Because the supercomputer race is the new space race. And we can win it if we put our forces together (at the European level) “

The computer will take the name of the Italian genius: Leonardo; assembly, commissioning and testing will start in the second half of 2020 and will be completed by the end of the same year. This network of European supercomputers, of which Italy will be a part, will represent a technological and skills infrastructure that will act as a driving force for a whole series of transversal competencies, confirming that Europe, in its collaborative vision, represents a scientific superpower and technology, which acts to improve the quality of life of its citizens by creating the conditions for a better future for all humanity.