The sixth mass extinction is upon us and it seems that it's the man who causes it. Not everything is lost, however, and manking itself is trying to save what can be saved. 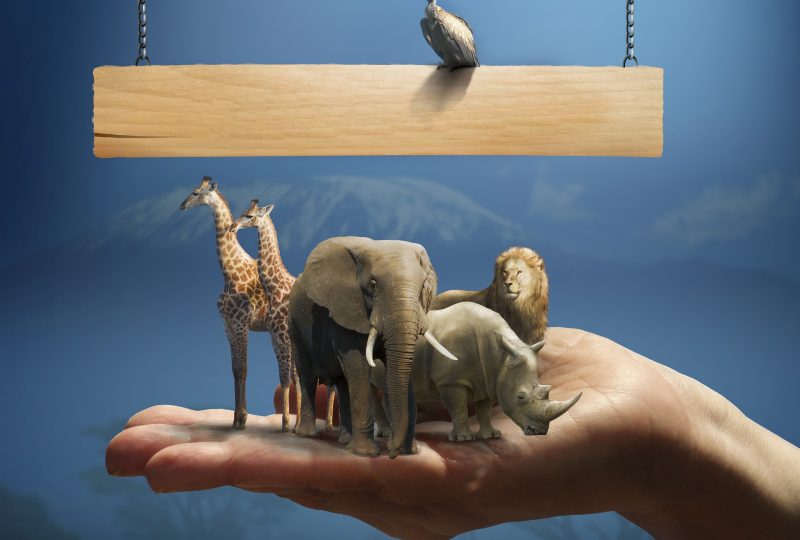 In the world there are only two specimens of northern white rhinoceros, both females, the complete extinction of their species is only a matter of time. But maybe we can do something to avoid it. On August 22nd a group of veterinarians managed to collect eggs from the two specimens, unable to complete a pregnancy, which will now be inseminated by frozen sperm from male specimens and then implanted in female specimens of southern white rhino, a close relative of these pachyderms. The future of these animals is in the hands of veterinarians and researchers who are carrying out the most advanced reproductive technologies.

This is just one of the examples of technologies we can use to preserve animal species on the brink of extinction: we find ourselves by in the face of what appears to be the sixth mass extinction on our planet and it is up to man, to whom most of its causes can be attributed, to find solutions. Let’s discover some of the technologies that could be used to save the animals most at risk.

3D printing that saves rhinos. One of the main reasons that led rhinos to the brink of extinction is poaching. Their horns are sold by weight of gold to be used in traditional oriental medicine. To try to defeat this phenomenon, the biotech company Pembient produces synthetic rhino horns. Taking advantage of 3D printing, they are able to create horns that are indistinguishable from those removed from animals, made of keratin and developed from cells containing rhinoceros DNA. These horns are sold at a lower price than those coming from poaching that is literally being cut off from the market.

Drones. In Kenya, the government has launched a program to monitor protected areas through fixed-wing drones that can monitor the animals and identify poachers so that they can be arrested. At the moment in all 52 natural parks are used together with canine units and armed patrols. The data collected with drones are also used, through artificial intelligence algorithms, to predict the movements of the herds of animals and to prevent them from hitting in inhabited or very busy areas.

Cloning. Cloning could be one of those revolutionary technologies in animal conservation. Thanks to the genetic material stored in the biobanks it would be possible to bring newly extinct animals back to life (for Jurassic Park fans, no T.Rex therefore, we are sorry). Not only that, by modifying the genome of some endangered animal species it could be made suitable for the climatic conditions dictated by global warming.

Pinger. The populations of cetaceans are at risk, one of the main threats are the fishing nets in which they often get entangled, an increasing phenomenon with the increase in fishing. A small device could change things: it is called “pinger” and is a small sonar pulse emitter that is attached to fishing nets. These impulses are picked up by dolphins and whales that then manage to “see” the nets, otherwise invisible to their echolocation systems, managing to avoid them.

Biobanks. As we have mentioned before, to be able to clone extinct or endangered animals it is necessary to have access to their genetic material. Here biobanks come into play, institutions that preserve tissues and DNA from endangered animals (and others). Some examples are the San Diego Frozen Zoo and the Frozen Ark project. Keeping these samples in optimal conditions is not easy, so efforts of this kind are often led by large associations and companies that can afford the costs of maintaining this infrastructure.