Microplastics are everywhere, new research has managed to find them in a crustacean that is the basis of a complex food chain 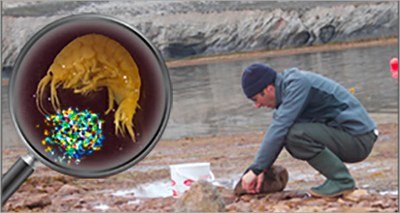 It is microplastic alarm in the Arctic Sea, one of the places considered most pristine on the planet. A team of ENEA, CNR and Sapienza researchers discovered fragments of microplastics in a small marine crustacean, the amphipod Gammarus setosus, very common in the Svalbard islands, in the Arctic Ocean. The alarm is all the more serious because this marine animal is the basis for the feeding of various birds and fish that live in the area; moreover, most of the microplastics studied are made of synthetic polymers of antifouling, waterproofing and anticorrosive paints and coatings used both in boats and in fishing equipment. The results of the study were published in the journal “Environmental Research” of the science editorial platform Science Direct (publishing house Elsevier).

The microplastics were identified through specific methods of coloring and infrared spectroscopy in samples collected in the coastal strip in front of Ny-Ålesund, beyond the 78th parallel north, as part of the activities of the Arctic Station “Airship Italy”, a research base Italian managed by the CNR, which takes its name from the airship protagonist of the expeditions of the general and explorer Umberto Nobile and his crew.