More transparent and accessible to all: the internet offers many opportunities to transform traditional climate diplomacy. The proposal for a "partially digital" UN climate conference 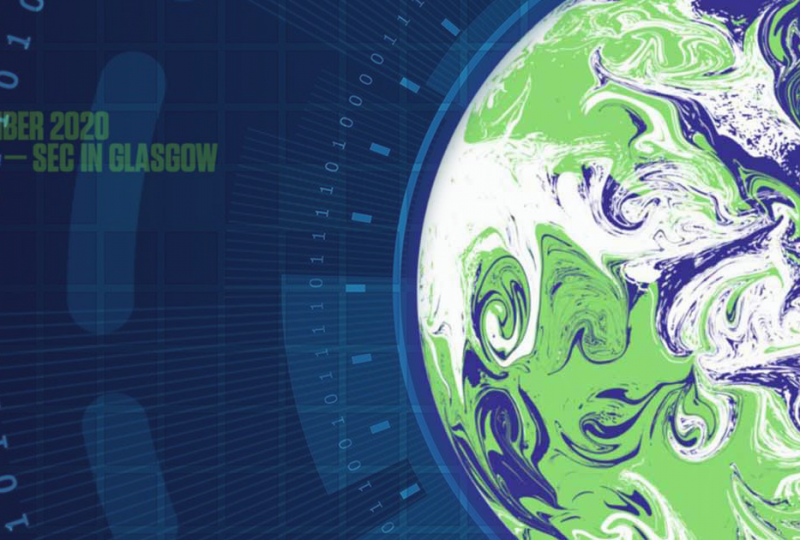 The 26th Conference of the Parties (COP26) of the United Nations Framework Convention on Climate Change (UNFCCC) was expected to take place in Glasgow, Scotland, in November 2020, bringing together thousands of negotiators, politicians, researchers, journalists and activists. Unlike what happened with other smaller meetings over the past few months, which took place online due to the impossibility of being organized in the presence of the COVID-19 pandemic, this great event was postponed to next year. As announced in recent days, COP26 will be held in Glasgow between 1 and 12 November 2021. This choice could translate, according to a correspondence published in Nature Climate Change by scientists of the CMCC Foundation – Euro-Mediterranean Center on Climate Change , Ca ‘Foscari University of Venice and University College London, in a lost opportunity to transform the most important world conference on the climate issue into a more open, participatory, transparent and accessible form.

The Correspondence “A digital climate summit to maintain Paris Agreement ambition”, just published in Nature Climate Change, underlines how this occasion could have been translated into an opportunity to rethink the way in which climate diplomacy works and the role that technology could carry out in this area, making the UNFCCC process transparent and accessible to all. The authors suggest in the article the organization of a “digital COP26-Part 1” to integrate, rather than replace, next year’s COP26 and to support climatic ambitions in such a crucial period. Indeed, 2020 is the year in which nations are invited to present their new and more ambitious climate action plans – the Nationally Determined Contributions (NDC) – and to disclose their long-term decarbonization strategies.

The imbalance of the connection. Although the technical feasibility of a digital COP would not be an obstacle, as demonstrated by existing experiences of online transfer of even very crowded meetings, there are several reasons why a fully digital organized climate summit may not be as effective as a traditional one. “In addition to issues related to real-time translation into the six languages ​​of the United Nations,” explains Elisa Calliari, researcher of the CMCC Foundation, Ca’Foscari University of Venice and UCL, “the digital divide between developed and developing countries could lead to an additional source of asymmetry of power within the UNFCCC negotiation process. Furthermore, a digital negotiation would call for giving up face-to-face diplomacy, which plays an important role in building trust and fostering international cooperation. However, after having participated in COP for years, we have the feeling that these mega-events are not necessarily the most efficient and effective formula for promoting cooperation on climate action”.

The proposal. Hence the team’s proposal to safeguard the benefits of face-to-face negotiation without, however, also having to postpone everything that usually revolves around it and that makes the event so attended, not only by the negotiators. “We suggest imagining a new format, capable of maintaining the current momentum of action for the climate at the political level while ensuring the participation of businesses, research and civil society. We propose a “digital COP26-Part 1”: a virtual space in which to announce and discuss all the aspects that do not need to be negotiated by the Parties, or by the countries – explains Jaroslav Mysiak, director of the Risk Assessment and Adaptation Strategies division at the CMCC Foundation -. Announcements of new and more ambitious climate action plans and strategies aimed at eliminating net emissions by 2050 can be made by the Parties in this virtual space, which can also be the place to communicate their commitments in terms for allocating climate finance and their initiatives to build more resilient communities. In addition, our proposal includes the videoconferencing organization of the rich program of collateral events that characterizes COP every year “.