New appointment with the global risks, the greatest challenges that humanity will face in the coming years. Today we will talk about a danger that is hidden underground waiting to change the world: the eruptions of supervolcanoes 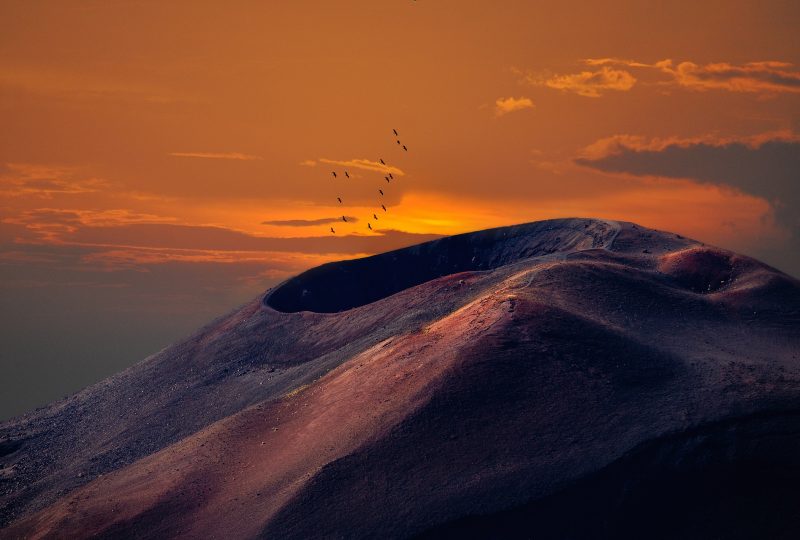 In 1816 summer did not come. Historian John Post called this event, known as “the year without summer”, “the last major survival crisis in the western world”. In May, when the return of the Sun and a rich harvest were expected, temperatures did not rise but, on the contrary, began to drop. In Europe, at the time still exhausted by the Napoleonic wars, in North America, but also in Asia and other parts of the world, the drastic drop in temperature, up to 5 degrees below average, had devastating impacts. The crops froze or did not grow, the animals had no fodder to feed on and died by the thousands, whole countries emigrated to warmer areas. In China, the monsoon season was altered leading to huge floods along the Yangtze valley. In Hungary, as in Italy, snow fell dirty with black and red. In Switzerland, where a national emergency had been declared due to the scarcity of food, the constant rains and bad weather forced a group of literary friends including Mary Shelley, John Polidori and Lord Byron to spend their holidays on Lake Geneva closed in the villa Diodati. To pass the time they challenged each other to who could write the scariest story. Thus was born, from Shelley’s pen, the story of Frankenstein and his monster.

All this, however, occurred because of the awakening of another monster, much more terrible and deadly. The year before, in April 1815, the super volcano Tambora, on the island of Sumbawa of present-day Indonesia, erupted with devastating power, sending an enormous amount of dust into the upper atmosphere. According to some estimates, over 10 billion tons of ash remained suspended in the stratosphere in a 43 km high column, obscuring the Sun. It took a few years for the climate to recover completely.

The Tambora eruption is the largest eruption we have witnessed and its consequences have left indelible marks in our history. Other eruptions of the past have changed the course of events, such as that of Laki in Iceland, whose devastating impacts on crops contributed to the French revolution, or the more ancient one of Santorini which could have given rise to the myth of Atlantis. How would our history change if such an event happened today, what consequences would such an eruption have on our civilization and what can we do to limit the damage?

A global risk. The danger posed by a super volcano is immense. The destructive power of an eruption that reaches the maximum VEI scale (the index that classifies explosive volcanic eruptions in relation to the material that is released into the atmosphere) is such as to literally make burnt earth everywhere around it within a radius of km. If the direct explosion is potentially lethal but has a relatively limited area of ​​influence, the emissions of ash and dust instead, as it was for Tambora, can reach a global scale with serious consequences on world food production.

The term “supervolcano” is not widely used by volcanologists, in fact it was coined by the authors of a scientific popular program, Horizon, broadcast by the BBC in 2000, to refer to the awakening of large calderas, capable of producing gigantic volcanic eruptions. The difference is therefore in the size and scope of these dormant giants, which do not necessarily show themselves as conical mountains erupting lava but as gigantic depressions that hide tens if not hundreds of kms of large magma chambers.

While the potential damage is enormous, the chances of such an event happening in the next decades, if not centuries, are very low. What are called super volcanoes, to date, do not have a magma chamber that could produce an eruption that could produce an upheaval on a global scale and there are no signs of their next awakening.

This, however, must not let us drop our guard, on the contrary, on the contrary, it must lead us to increase and perfect the monitoring action that already takes place in practically all the volcanically active areas of the planet, such as the Yellowstone park, the Phlegrean Fields, near Naples, and the Reykjanes peninsula in Iceland, which could have consequences, in the event of a powerful eruption, on the whole globe.

Be prepared. We have no way of knowing exactly when a volcano will erupt, however volcanologists have developed systems that can estimate, with a few weeks or months in advance, when the fateful moment is approaching. There is an important issue to underline: when a volcano erupts, we have no way of containing or putting in place countermeasures to limit its scope. The energy released from the heart of the Earth goes far beyond our control. What we can do to limit the damage falls within the scope of preparation and in this sense a great hand comes to us from technology.

The help of technology. The improvements in our ability to identify the most dangerous volcanoes are directly related to technological development. All over the world volcanoes are monitored both by ground stations and by satellite observations capable of measuring the most minute changes in their morphology, a sign that something is bubbling underground. The researchers’ ultimate goal is to predict eruptions as we predict the path and intensity of a hurricane, and recent technological developments have helped them get closer to that goal. Improvements in satellite capabilities have helped experts detect slight changes in the topography and heat emitted by a volcano that could result in impending explosions. New sensors can detect which gases are being released from cracks and air vents in near real time. Others may detect underground noises – imperceptible to human ears – related to eruptions.

Even during an eruption itself and in the immediate aftermath, technologies will play a fundamental role. The use of semi-autonomous drones and robots will allow for a faster and more effective intervention to save lives, while the use of 5G, more resilient and capable of managing a greater load of data, will allow rescue workers to coordinate better. At the same time, a D2D (Device to device) approach where information will pass through a chain of connected devices rather than from a centralized system would guarantee communications even in the event of a telecommunications network failure.

If, on the one hand, therefore, the development of ever more precise innovative technologies allows us to know precisely the approach of an eruption, on the other hand, actions must be implemented that allow us to mitigate the damage on a global and long-term scale , or developing a sort of resilience to the damage that a volcanic winter could cause. This ranges from creating long-term food reserves for critical situations to relying on less sunlight dependent food sources – including fungi, insects and bacteria. 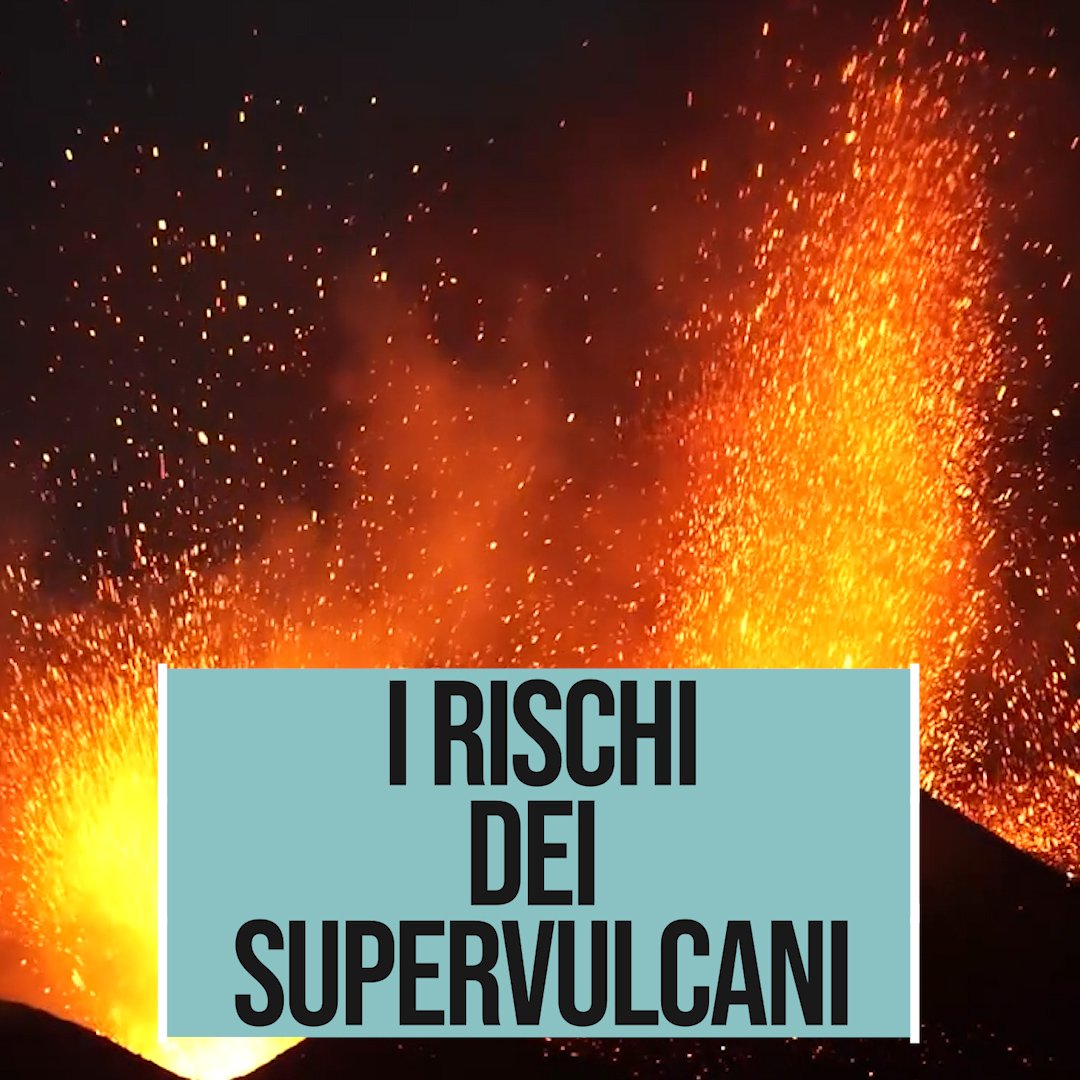 The Coronavirus pandemic, perhaps, has a positive aspect: it is...

The contemporary age is a happy island in the history...