We inaugurate a new section of our magazine in which we deepen what are the greatest challenges that humanity will face in the coming years. Let's start with the most current one of all: the pandemic. 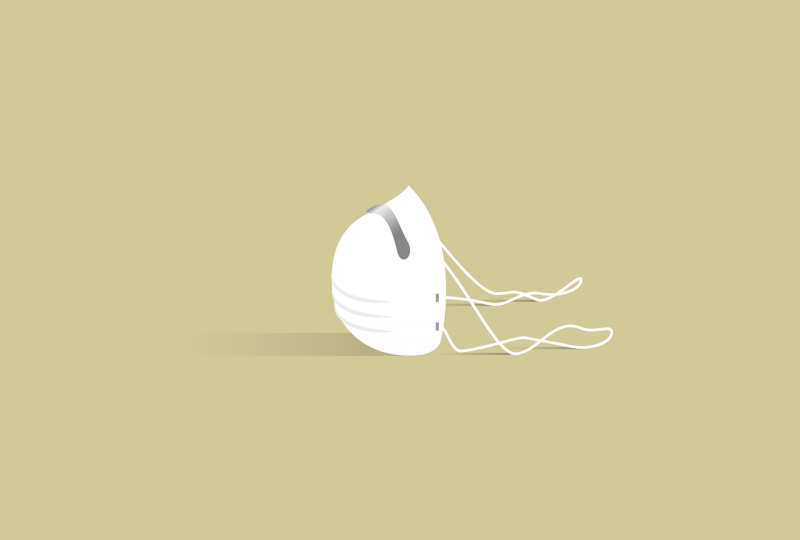 The contemporary age is a happy island in the history of humanity. Our past is characterized by a constant struggle for survival in all areas of the planet, between wars, famines and natural disasters of all kinds. Some of these threats have almost disappeared in many areas or are currently dormant, others we have learned to mitigate. At the same time, however, our own civilization has also led to the emergence of new threats, such as that of the climate crisis.

The Global Challenges Foundation, a Swedish non-profit organization that wants to raise awareness of the risks of global disasters in order to avoid or manage them, has compiled a list of the nine most worrying that we have already talked about in this article. Among these, the pandemic inevitably attracts attention. The emergence of Coronavirus has hit the whole world in the blink of an eye and has taught us how this is a real risk for humanity.

A tortuous path. Starting from the risk of pandemics seemed to us the first logical step given the current situation. However, this situation is not new to us: the rapid and global spread of fatal diseases is a constant that has sadly accompanied humanity since ever. In the historical chronicles that have come down to us, we find contagious diseases of various types: from the plague of Justinian of 500 AD to the Spanish flu of the early 1900s, passing through the famous black plague that arrived in Europe from Mongolia through infected fleas clinging to the camels of the Silk way.

Fortunately, some of these diseases, such as smallpox, have been completely eradicated through advances in medical science and improved treatments, and others, such as polio, are about to disappear. Unfortunately, despite the giant steps we are making in finding cures for the others, there is always the risk that a new disease appears against which we are not prepared and in our highly connected and densely populated world the spread of a pathogen does not travel at the speed of a camel, as it was in the past for the black plague, but to that of air, rail and naval transport: in the end, the most efficient vectors for a pathogenic element are globalization and urbanization.

Understanding the risk. Some of these diseases begin through a phenomenon called spillover, or the moment when a disease passes from one species to another, including humans. The reduction of habitats and the expansion of human territories increasingly leads to close contact between humans and animals, increasing this risk.

Once the disease has reached humans, the spread grows according to several variables: how contagious the pathogen in question is, how it spreads, what the incubation time is, what sanitary hygiene measures and what restrictions on movement are taken and how quickly they are put into practice.

How to manage risk. Managing risks is never easy and there are many elements that must be taken into consideration. In the case of pandemics, such as Coronavirus, limiting the close contact between humans and wild animals could decrease the possibility of a disease making the leap of species and infecting humans. But more generally, a proactive and preventive approach is fundamental.

Medical-scientific research is able to provide the world with a way to be prepared, studying the pathogens present in nature and developing drugs capable of fighting them, but the preventive action must also act in trying to reduce the occasions in which a disease can reach humans and spread uncontrollably. Of course, avoiding contact with wild animals is a first step, but considerable humanitarian efforts are also needed to reduce this risk: malnourished and more fragile populations in some developing countries can offer fertile ground for future pandemics. In Manila, the capital of the Philippines, for example, more than 6 million people live in slums, with poor living conditions, without access to drinking water or the sewage system. Contacts with wild animals are a constant. Worldwide, according to the World Health Organization 137 million people in urban centers have no access to clean water and over 600 million live without toilets.

The attention of doctors and researchers today is concentrated on a virus, but in the future bacteria could also create problems. Even if we are able to manage bacterial infections, we cannot let our guard down, the development of new categories of antibiotics will be essential to be found ready: the abuse of these drugs and the constant evolution of bacteria is leading to a phenomenon called drug resistance in which variations of known bacteria can resist normal treatments. To date, it is estimated that more than 700 thousand people have died from bacteria resistant to normal drugs. 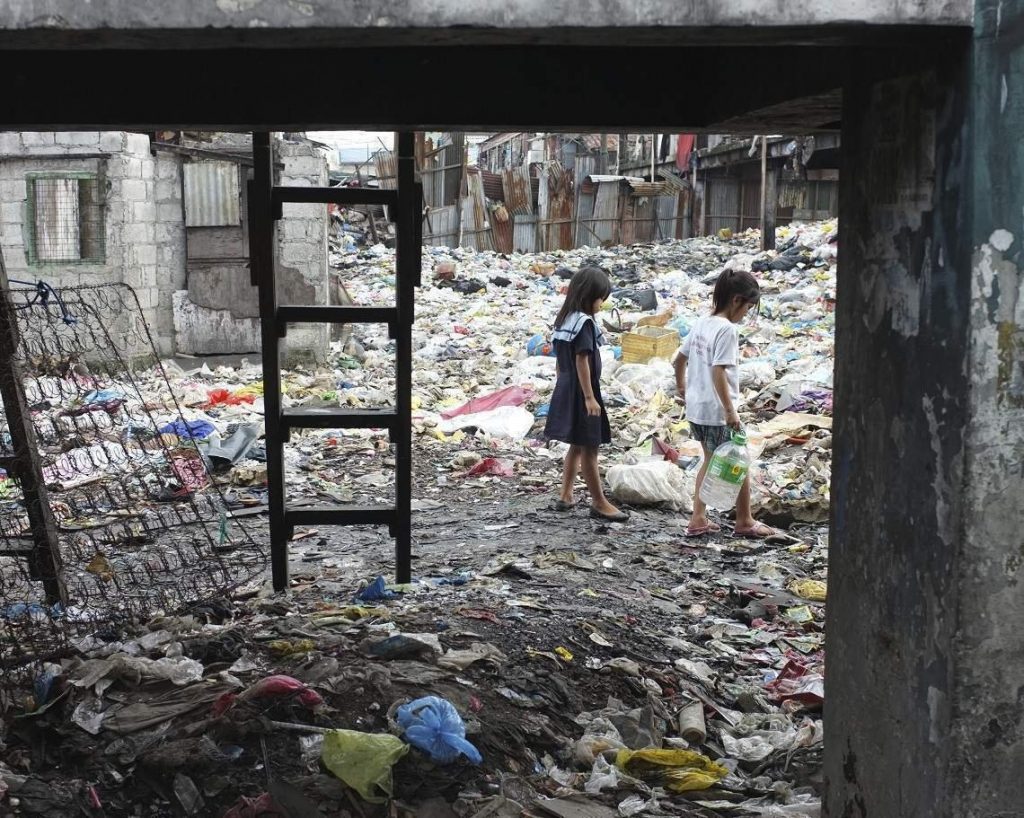 The importance of cooperation. Limiting contact with wild animals, the study of all-round pathogens, the reduction of risky environments through humanitarian efforts and the search for new classes of drugs are all necessary actions to be found ready for the next pandemic, but none of them have value if a common front is not formed in dealing with the disease. International cooperation is therefore essential, through various supranational organizations to coordinate efforts, manage information and resources and to develop common and clear guidelines for each country in a widespread manner. WHO does an excellent job in this regard, but the directives and guidelines that are issued must go through the governments of each state, which leads to different degrees of reception, management of the health emergency, fragmenting efforts.

A hand from technology. New tools and methods for dealing with diseases are increasingly relying on emerging technologies to achieve unprecedented predictive capacity. The keyword is data. Every day we produce data in the order of magnitude of Exabyte: 1 followed by 18 zeros, one billion Gigabytes. Being able to filter and make the best use of this enormous amount of information could be a new key to defusing the risks of a pandemic. There are many variables, from the climate to the movement of men and goods, being able to understand and contextualize them would allow policymakers to make sensible choices based on data, but it may not be enough. For this reason it is also necessary to develop and validate predictive models that allow to develop future plans.

There are numerous methodologies for modeling and simulation, some of which also rely on artificial intelligence and machine learning, but all use solid mathematical theories to produce high quality and more efficient forecasts. In a transversal and multidisciplinary approach epidemiologists, programmers, data scientists, sociologists and other sectoral figures collaborate to test hypotheses and create models capable of providing possible future scenarios that allow the creation of protocols, at the basis of the operations of the policymakers.

Infodemics and the collective construction of science. Right now we are experiencing two epidemics at the same time: one that affects the body, the other that affects the media. They call it an infodemic, and it’s the explosion of fake news, hoaxes, half-truths or badly told stories that in times of crisis spreads like wildfire in all new and old media. The historian John Barry in 2009 on Nature wrote: “In the next flu pandemic, whether today or in the future, whether the virus is weak or virulent, the most important weapon we will have to fight the disease will be a vaccine. The second most important weapon will be communication “.

Transmitting information correctly, soundly, sensibly, circumstantially and inclusively is an effort that cannot be missed in times of crisis, both by institutions and by the media that too often in a race for sensationalism forget the importance of their work. Italy is already moving to tackle the infodemic through the establishment of a task force composed of experts, doctors and science communicators including Roberta Villa, scientific journalist who told us in a live appointment of our video section 20 minutes in the future the importance of correct communication in times of crisis.

On the other hand, the communicative effort must also come from those who produce the raw material: from researchers and scientists who work at the front of studying the health emergency. The large amount of data, models, forecasts and estimates necessary for scientific research calls loudly a sensible use of visual means to transmit information clearly even to non-experts. Through the use of open science platforms and cloud infrastructures this more visual and open approach can allow even non-experts or those who work in other fields, but who nevertheless have useful skills (perhaps not taken into consideration by researchers), to develop Citizen science opportunities. The data collected (perhaps collectively by the community) and made understandable through clear visualization operations can become the basis for new analyses, discussions and models created by non-experts who can contribute to research.

Thinking about the future. The health emergency we are facing has partly caught us unprepared but we cannot miss this opportunity to think about the future in a structured way. What changes will we have to make to avoid or better manage the next pandemic? The theory of evolution teaches us that the species best adapted to their environment survive and proliferate, now that man has the power and ability to adapt the environment to his needs we have the opportunity to change our habitat, or the cities, since 55% of the population, 4.2 billion people, live in urban centers and by 2050 this number could exceed 6.3 billion. This is why we must start thinking about how our cities can become strongholds against disease or other threats.

Part of this effort could consist in designing buildings that can quickly change their purpose, for example by creating a sports complex capable of becoming an equipped hospital without the need to set up field hospitals. Airports, the gates of our countries and often the first places from which a virus is transmitted, could become places where controls are not only security but also sanitary, developing methods and structures capable of avoiding large gatherings and designing ventilation systems efficient and capable of purifying spaces. Public mobility hubs such as bus stops or train stations, or entry points to public buildings such as banks and municipal offices, may be equipped with special handwashing fountains to decrease the risk of passing on the infection.

Hospitals themselves should find a new form, more suitable for dealing with an extraordinary situation. They should therefore be prepared for the sudden arrival of a large number of patients, with rooms and wards whose structure can be easily and quickly modified as needed, building negative pressure antechambers to decrease the risk of a pathogen leaking from the individual wings and by creating infrastructures for remote medicine, Prevention could also work further upstream, providing citizens with more green spaces and guaranteeing cleaner air, encouraging physical activity, thus decreasing the risk of cardiovascular and respiratory complications.

The fight against Coronavirus is still ongoing. We can and must begin to prepare ourselves so that we can be ready when such an emergency should happen again, ensuring that it does not turn into a tragedy again.

The Coronavirus pandemic, perhaps, has a positive aspect: it is...

In 1816 summer did not come. Historian John Post called...