Industry: from the capture of CO2 new materials for construction and roads 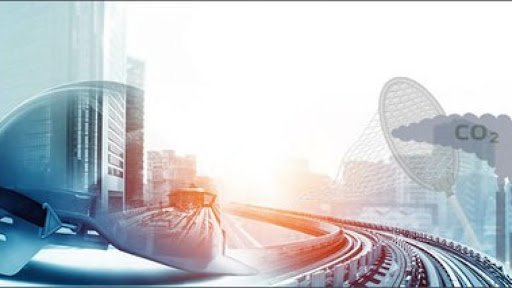 Use the waste of the steel and cement industry to ‘store’ carbon dioxide and, at the same time, produce quality and low-cost materials for use in construction and road construction. This is one of the new frontiers of ENEA research in the field of CO2 separation, reuse and confinement (CCUS – carbon capture, utilization and storage), which will be tested in the ZECOMIX pilot plant at the ENEA Casaccia Center (Rome). Thanks also to these activities, ZECOMIX has been included as a research infrastructure in the European ‘ECCSELERATE’ project, financed with approximately 3.5 million by the European Union under the Horizon2020 program. In addition to ENEA, the other Italian partners of the project are Sotacarbo, University of Bologna – Department of Civil, Chemical, Environmental and Materials Engineering – and National Institute of Oceanography and Experimental Geophysics (OGS) which coordinates the Italian node of the European network of laboratories specialized in research on CO2 capture and sequestration (CCS).

“The goal is to make the process of decarbonisation of industries such as steel mills and cement factories economically advantageous and circular. Their waste will no longer end up in landfills but will serve to capture the CO2 produced. And once their ability to store carbon dioxide is exhausted, these ‘new’ materials will be returned to the industrial processes themselves for the production of cement and steel, or used as aggregates for road surfaces “, explains Stefano Stendardo, ENEA researcher at the Laboratory of Process and energy systems engineering.

Among the sectors of interest there is the steel industry that could transform its slag into reusable raw materials for the production of cement, concrete and mortar or for products, substrates and road surfaces. With significant environmental and economic advantages, because production waste is used, but also for the quality of the new materials which show improved chemical and physical characteristics reacted with CO2 “.

“We expect the most promising results from the steel waste. The production of integral cycle steel alone, excluding the initial phase of cast iron production, generates around 126 million tons of slag every year worldwide, which, with our technologies, could store from 6 to 9 million tons of CO2 and produce new raw materials ”, underlines Stendardo.

But the areas of application do not end there. The capture and sequestration of CO2 through carbonation could in fact also be used in the treatment of other types of waste such as ash and slag produced by the combustion of coal and the waste-to-energy treatment of urban waste and construction and demolition residues.

Apart from industrial waste, in the ZECOMIX infrastructure other possibilities of reuse of carbon dioxide will also be studied, such as and the production of fuels such as methanol and kerosene. Emissions from fossil fuel power plants, discharges from cement plants and other factories could initially be the main source of CO2. In perspective, the CO2 captured by the atmosphere itself (the so-called ‘Direct Air Capture’) or the natural one could also be used to produce ‘non-fossil carbon fuels’, as already experienced in Iceland.

According to data from the International Energy Agency (IEA), CCS infrastructures today capture over 35 million tons of CO2 worldwide annually, equivalent to Ireland’s annual emissions. Over the next decade, the IEA believes it is necessary to increase annual CO2 capture rates by power plants and industries by 20 times.