The 5 most weird ideas to tackle climate change

The commitment to tackle the climate crisis spreads in many directions, some concrete and reasonable, others, like these five, a little less. 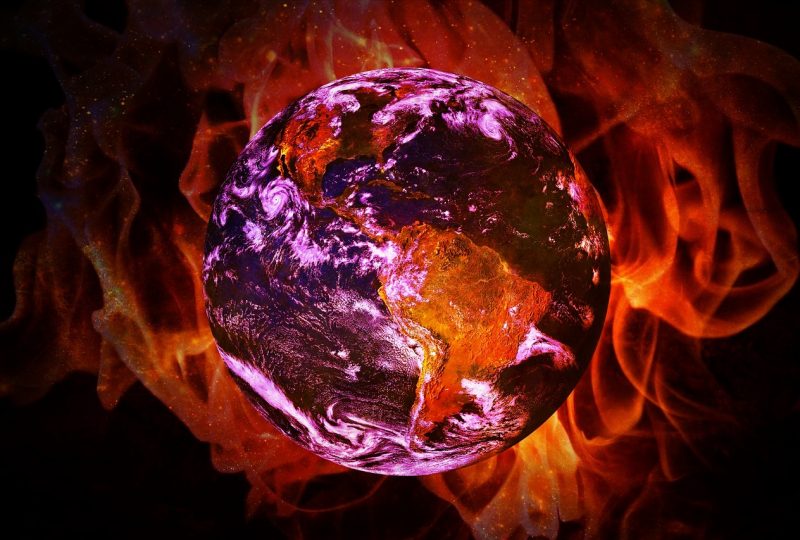 Reducing the consumption of meat, finding ever more eco-sustainable ways of producing energy and reducing CO2 emissions are just some of the things to do to mitigate the impact of the climate crisis we are experiencing. Researchers, scientists, policymakers and ordinary citizens all over the world are working hard to find solutions to these problems. If on the one hand there are valid and feasible ideas that are taking shape, on the other, there are projects that are decidedly unconventional.

Cannibalism. The production of food, both vegetable and, above all, of animal origin, is one of the sectors that most contribute to greenhouse gas emissions. Many are working to find more sustainable ways to feed over 7 billion people, including cultivated meat, vegetable meat, and insect consumption. There are others, however, like Magnus Soderlund, a professor at the Stockholm School of Economics, who suggest a decidedly less acceptable alternative: to eat the meat of the deceased. His proposal is more a provocation, but it certainly makes the idea of ​​eating cockroaches and larvae far more palatable.

Mini Humans. According to a study by the director of the Center for Bioethics in New York, Matthew Liao, there is a correlation between a person’s size and his “carbon footprint”, which is the amount of CO2 emitted in relation to the consumption and activities of an individual. Starting from this idea, Liao hypothesized that in the future we could use genetic engineering to give birth to smaller and smaller people in order to reduce consumption and environmental impacts.

Solar shield. Mr. Burns of the Simpsons had already tried it, so the idea is not the most innovative, but it remains decidedly unconventional. To decrease the amount of sunlight reaching our planet, and thus counteract the results of the greenhouse effect, University of Arizona astronomy professor Roger Angel suggested sending a swarm of probes into orbit around the Earth in a position that allows it to partially obscure sunlight. An operation of this kind, as far as it can work in theory, from a practical point of view is definitely feasible, not to mention that it would face the symptoms and not the causes of global warming.

Siberian horses. One of the consequences of global warming is the melting of permafrost, the frozen soil loaded with organic material and greenhouse gases. When these gases are released they could accentuate the effects of climate change. To prevent this from happening, someone has thought of Yakut horses. It is a horse breed typical of Siberia, capable of withstanding temperatures of many degrees below zero. To find the small bushes they eat, these animals dig the fresh snow revealing the ground below. Dramatically increasing the population of these animals in Siberia, it would be possible to reveal large amounts of soil, which when exposed to frost would keep its surface frozen, turning it into permafrost. In this way a “plug” would be created that would prevent the underlying soil, loaded with greenhouse gases, from releasing its dangerous contents into the atmosphere.

Captain’s diary. Among the various projects we have talked about so far, this is perhaps the most particular but also the most sensible one. A citizen science project, Old Weather, allows anyone to send transcripts of old ship journals that sailed the oceans between the 19th and 20th centuries in order to obtain detailed data on the climate, sea currents and winds so as to be able to reconstruct with great precision the climatic conditions of the time and analyze climatic trends that reach up to the present day.