The footprint of urban development on the oceans 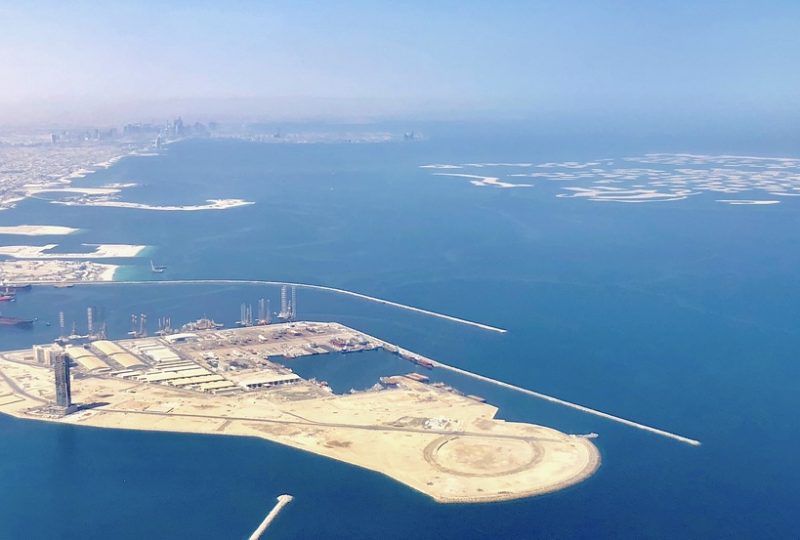 The global extension of artificial constructions in the seas around the world has been quantified for the first time: an area that is constantly increasing with negative consequences on the balance of ecosystems and biodiversity. But many solutions are emerging to ensure sustainable alternatives. Man-made structures in the oceans globally are now changing an area of ​​over 2 million square kilometers, destined to grow further by 50-70% by 2028. These are constructions, mainly concentrated near the coasts , which often modify delicate natural habitats, with negative consequences on biodiversity and the balance of marine ecosystems. A situation that is destined to become increasingly worrying also due to the consequences of man-made climate change. But there are many possible alternatives to replace this type of development with solutions that ensure a sustainable approach to ocean management.

The studies. This is the picture drawn for the first time by two international studies, one published in Nature Sustainability and one in the Annual Review of Marine Science. “The increase in the cost of marine environments that are permanently modified by the presence of buildings, with irreversible effects in many cases, is a serious problem that has been little considered until now”, explains Laura Airoldi, professor at the University of Padua and the University of Bologna who participated in both studies. “Fortunately, however, there are now numerous emerging approaches that can favor a more sustainable development of urbanized marine environments”.

Artificial barriers, commercial and tourist ports, tunnels and bridges, oil platforms, wind farms, aquaculture infrastructures: the surface that these structures occupy globally within the exclusive economic zones (the sea air under the management of individual states that can reach up to 200 miles from the coast) is in proportion comparable to the extension of urban land with respect to the total land. This is an area that scholars have estimated today to be at least 32,000 square kilometers of infrastructures, which however modify over 2 million square kilometers if we consider the total area of ​​the ocean that suffers the permanent impact of the presence of these infrastructures. , with changes in the characteristics of the seabed, in the movements of the waters, in the presence of various forms of pollution, and in the distribution of species.

“Every structure built in the sea modifies the natural habitats that surround it and this can lead to consequences on ecosystems and biodiversity that extend on a large scale,” says Airoldi. “To reduce these negative impacts, various nature-based solutions are emerging, which use natural or semi-natural marine ecosystems in a sustainable way to address the great social challenges of coastal cities, such as the risks associated with climate change, water pollution , and food safety, and the implementation of which brings social, economic and environmental benefits at the same time “.

Sustainable Development. To support a more sustainable development of urbanized marine environments, the researchers then point to a number of new approaches. As has already been the case for some years on dry land, it is first of all necessary to develop “green” building criteria at sea that guarantee sustainability. In parallel, targeted actions to restore marine habitats that offer natural protection against erosion and flooding of coastal areas, such as the vegetation of salt marshes, sand dunes, and oyster beds, can restore the natural defenses of the coasts that they have been damaged over time, with much lower costs than those used for the construction of the so-called “hard defenses”, such as concrete walls. And the development of new biotechnologies for the marine environment can lead to natural solutions to clean up and revitalize contaminated areas, or for aquaculture. Last but certainly not least, new economic tools and incentives are being developed that make it possible to ensure a wide dissemination of these approaches to defense of the marine environment.

“Being able to balance the different social and economic needs of coastal cities, while ensuring the defense of marine environments is one of the greatest challenges of our time,” says Professor Airoldi. “The tools we have indicated respond to this need: they have the potential to re-naturalize some of the marine areas most degraded by coastal urban development, while addressing some of the criticalities of coastal societies, such as the risks associated with climate change, the production of products fisheries, the maintenance of a healthy and clean aquatic environment and the increasing recreational and tourist activities “.

The estimate of the area occupied by marine structures globally was published in Nature Sustainability with the title “Current and projected global extent of marine built structures”. The possible solutions for a more sustainable development of the oceans were instead presented in the Annual Review of Marine Science with the title “Emerging Solutions to Return Nature to the Urban Ocean”.