The sector market is constantly growing and we are already wondering how to guarantee a recharge to all vehicles in the near future. A Californian startup may have found a solution 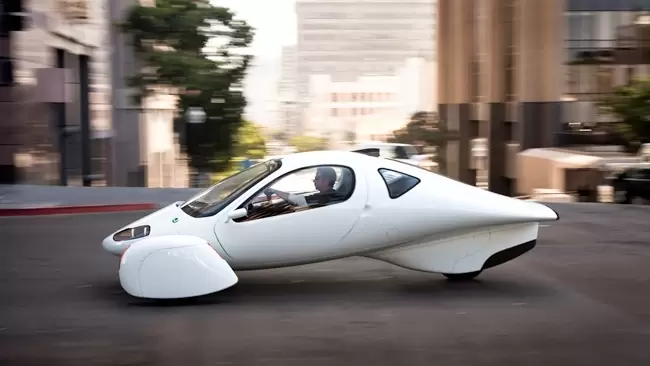 Despite the slowdown in the automotive sector due to the pandemic, 2.3 million electric vehicles were registered in the world in 2020 and the incentives for the purchase of green vehicles, in Italy and around the world, continue to push the future of mobility in this direction. An important step towards achieving carbon neutrality, which however raises new and relevant questions on energy management for the near future: how to power all these vehicles? A question to which it is not easy to find an answer and on which it is necessary to work already in the present.

While investments in renewables and research for low-impact energy production continue, on the other hand there are those who aim to solve the problem with another approach. What if electric cars don’t need to be recharged?

The Aptera project. A three-wheeled vehicle with a roof made up of solar panels, capable of guaranteeing a range of up to 1000 miles, over 1,600 kilometers. This is the project of Aptera, a company based in San Diego reformed in 2019, after a first chapter that ended in bankruptcy in 2011.
At the base of the surprising result of the new model, in addition to a technology called Never Charge that allows you to store and manage the energy collected, there is an aerodynamic design that guarantees a very low drag coefficient. “With Aptera you are driven by the power of the sun,” said Aptera co-founder Chris Anthony.

Start over from failure. Aptera has already tried in the past: in 2011 it was forced to close its doors after running out of funding. At the time, then president and CEO Paul Wilbur pointed out that Aptera had nevertheless contributed, with new technologies, “to creating a more efficient guide for the future.” The market was probably not ready at the time, as were investors. Could it be the right time?

Dyson is investing billions in building a different electric car

James Dyson, the inventor of the bagless vacuum cleaner, has...