Under the sea, ultrafast, magnetic, green: this is how the trains return back on track

The idea of going from Helsinki to Tallin under the Baltic in a carriage is more and more realistic, thanks to maxi-Chinese financing. New railway projects based on advanced technologies spring up in Europe and Asia: will the rail be the ideal transport for the future? 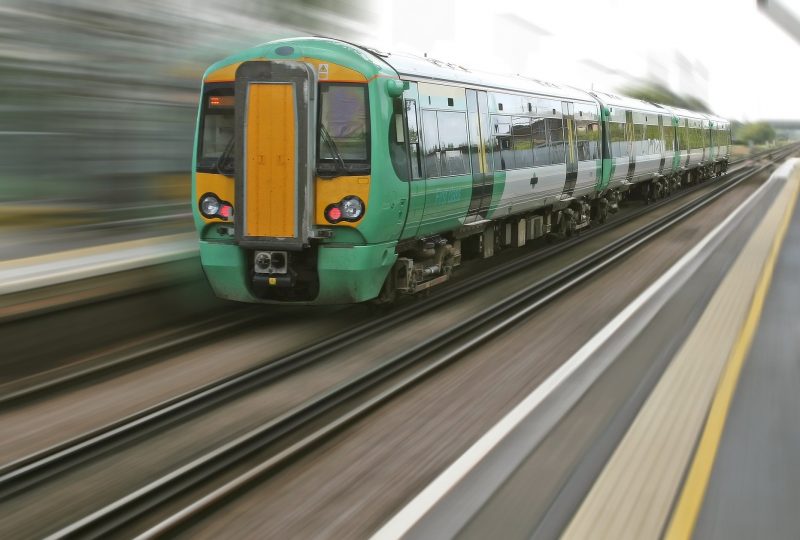 There is not only space, with the sci-fi hypotheses of Elon Musk or Jeff Bezos, nor self-driving cars or buses, intelligent highways, electric power planes. The future also needs innovative but “traditional” transports that combine new forms of sustainable development, risk reduction, and less energy and land use. Like trains: more efficient, less impact and less polluting than cars, planes, and trucks.

It must be said that for now, the examples are not brilliant, as shown by the Tav Torino-Lyon and the half flop of the Channel tunnel. Under the Alps it is almost completely at a standstill and political uncertainties drive away a rapid and profitable network. And the Eurotunnel? For some years now it has been bringing profits with freight, but the shares of the management company Getlink (a Franco-English mix) are nailed to the values of five years ago. And then the Brexit looms, the nightmare of reconsidering operational standards, controlling illegal immigrants, decreasing import-export…

But always in Europe there are those who prepare themselves instead to get to work… by train. Under the icy waters of the Gulf of Finland the dream of a submarine railway tunnel linking Helsinki and Tallinn, capitals of Finland and Estonia, becomes increasingly realistic. After long feasibility studies and doubts on how to finance the expensive project, in recent months a Chinese company has come forward with 15 billion euros, ready to build tunnels, trains and stations for a journey of a hundred kilometers. The Silk Road in the Scandinavian version.

To go from the country of Santa Claus to the former Soviet republic of the Baltic, thanks to fast trains that will run half submerged and half above the waves, it will not take more than half an hour. In truth, the ambitious project, which has taken its first steps with a memorandum of understanding between promoters and financiers, worries Europe, already grappling with the American opposition to the rapid Chinese advance on the Mediterranean ports and the hypothesis of a direct line by land from Beijing to Germany. But the technological leap and the saving of time are undeniable: the very polluting ferries today take three or four times more, depending on the season.

Northern Europe. The Estonians are a bit worried (they want to see clearly why the total cost of the project exceeds the GDP of the country), while the Finns who are relying on the pressure drop on Helsinki, from whose port goods in quantity and 12 million passengers pass are enthusiastic year, almost all own commuters headed to Tallinn. Furthermore, the tunnel could be connected with Rail Baltica, a railway linking Poland and the extreme North East: by 2026 the European high-speed network would thus be completed, a winning prospect also for the effects on the environment.

Also on the engineering level the tunnel would be a jewel of design: two tunnels that will run at a maximum depth of 200 meters, equipped with high-speed internet cabling and an artificial island halfway, will also have a competitive price: the only one way will cost 50 euros. How long will it take for this wonder? It seems only five years…

Tomorrow’s rail transport. On Impactscool Magazine we have already talked about Hyperloop, the magnetic levitation train designed by Elon Musk that could also land in Italy. At 1200 per hour it would go from Milan to Bologna in 9 minutes: but without the feasibility project promised for the end of 2019 it remains a utopia. Certainly we will have to prepare for a very strong land speculation. It happens wherever Hyperloop is spoken: in China and in Dubai, in the USA and in France. Italy would be no exception, especially in the hypothesized areas: the South, the Po Valley and the Adriatic ridge.

In any case, the train seems to have regained momentum and there are several transport projects via rail, with superfast and environmentally friendly trains, materials innovative and safety. In Asia the number of Maglev trains (magnetic levitation) is multiplying: the speed record with 603 km / h is from Japan, where Linimo is also being tested, a “slow” train (100 km / h) but which goes without the drivers. In short, after the driverless cars the autonomous driving train arrives. In China, Shanghai Transrapid has been in operation for some time, while Korea is working in Incheon. Among the application research at a good point, also the new propulsion with salt batteries.

The latest development concerns trains with hydrogen engines, destined to supplant the old diesel locomotives. The sustainable trains named Coradia iLint are already running in northern Germany: after the test phase the technology will be extended to various lines in the German states. Meanwhile, an investment of 81 million will allow 14 clean and performing trains to be brought to Lower Saxony: autonomy of almost 1000 km at 140 per hour, zero carbon footprint and an accessible, easy to produce and economical fuel. So … all in a carriage!