The year that for us at Impactscool - thanks to Cristina Pozzi's book - is a metaphor for the future could mark the point of no return for our civilization. A distressing and realistic report that leaves little room for illusions: if we continue like this we will not be able to do it. 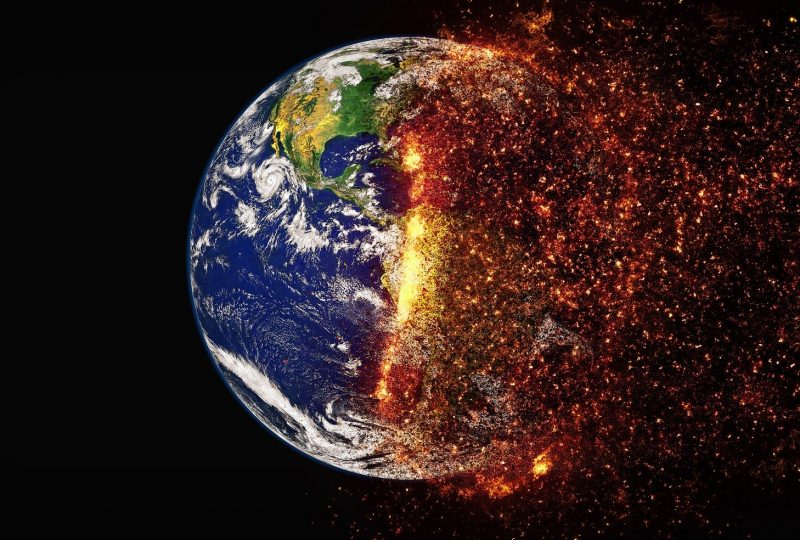 “The only uncertainty is how long we will last. We have done nothing to deal with global warming and now, in 2050, we know that in 50 years the world will be unlivable, hot, with 3 degrees more than 2015. The air is polluted, heavy and unbreathable. Now few people work outdoors, asphyxiated by vehicle exhausts and heating. The planet is becoming inhospitable, with entire areas almost uninhabitable: we have condemned campaigns, waters and forests, suffocating them under greenhouse gases. And nobody knows how desolate they will be for our grandchildren and their descendants, and what will become of the civilization we have known: perhaps humans will end up living in small tribes, clinging to a last piece of land. ”

It is a dramatic and disturbing story, a cry of helplessness and despair that comes to us, brutal, from a tomorrow that affects us all: and even more we at Impactscool. Because that date, chosen by Cristina Pozzi for her book “Welcome in 2050”, is the symbol of a future to which we look with confidence, with awareness, with the weapons of change and science. To show the impacts of our behavior and reflect on the responsibility and opportunities we have today to build a better tomorrow. And instead…

And instead, according to the description imagined (but not too much) by Christiana Figueres and Tom Rivett-Carnac in the book “The future we choose: surviving the climate crisis“, we will be at the showdown. Do we have the guts to imagine the plagues that will afflict Earth? In his campaign to open the eyes of those who strive not to see, understand and act, The Guardian has dedicated this extract to the book. Read it, it’s scary.

Hurricanes, tropical storms, floods, rising sea levels. But also drought and biblical migrations of peoples trying to survive. Agriculture collapsing. Rampant diseases such as malaria, dengue, cholera, malnutrition will affect 2 billion people in the hottest areas of the world. Everywhere wars for drinking water, clashes between the poor, famines and an increasingly less global trade based only on the defense of resources. Even the psychological cost will be unsustainable: in the face of the now certain collapse, hope slips away. Before the disappearance of the human species, for many, suicide will become a way out.

In these coronavirus days we have suddenly realized how fragile we are. Here, keep in mind that – despite the inconvenience, the deaths and the recession that will be the spin-off of the epidemic – the effects of the climatic emergency will be (indeed, they are already) much worse.

Because even if we are with tensed ears and open eyes every day waiting for a change in strategies, or initiatives and investments to reverse the now undeniable effects of global warming, nothing changes. ZERO. A growing percentage of people adopt more sustainable behaviors, researchers and international agencies analyze trends and explain what should be done. But governments (I generalize, but in short) do nothing concrete. They call it the Green New Deal but it is just chatter and distinctive: who believes in it the most?

Waiting for something to change, we must be content with some good news gathered here and there in the world. Unfortunately, they are common choices, common sense, or only initiatives of individuals, however powerful and decisive. We have chosen some of the most positive ones, which concern children, the economy and finance and the “old men” of world politics. Let’s see.

Even children want to know what the climate emergency is, but it is difficult to explain. Yes, they must be allowed to understand the changes, but also how they can help. There are many books that help them grow, take care of the planet, with positive messages on nature, sustainability, actions in favor of the environment: let’s give them and read them with them. But tackling this theme can also generate anxiety, a sense of loss and despair: for this reason, books that inspire commitment and not sadness must be preferred: they must know that they can be useful already with their small hands, to make a difference once they are big.

Maybe even in the bank something is changing: at the Bank of England, at least. Governor Mark Carney has warned the City that companies need to do more for the climate, starting with correct information about their actions. “Investors need to be able to compare how industries and finance deal with the environmental challenge,” he explained, announcing that it will launch a set of rules ahead of the November COP26 climate summit in Glasgow.

And some important “ex” of world diplomacy urge the leaders still in office to “take a step back from the precipice” environmental. As governments prepare to negotiate a political deal with the UN, 23 former foreign ministers (including US secretary of state – with Clinton – Madeleine Albright and British colleague Malcolm Rifkind) have launched an appeal for immediate intervention. “Humanity risks the irreversible loss of biodiversity and a crisis that endangers future generations. We must act boldly, and act now ”.

But enough of the good news: in Australia, for example, forest fires are not the only drama. The continent is warming faster than the global average (+1.4 degrees from the early twentieth century) and the days with extreme temperatures are increasing. For doctors there are more deaths from overheating because even the least serious pathologies become potentially lethal, now that the heat waves follow one another more frequently. And here the circle closes: we already see today what we would not like to imagine in 2050. Will it be enough for us to act?