Traveling is beautiful and opens the mind: but let’s try not to do damage

"Overtourism" alert: we are too many and we all want to go to the same places, a deadly mix for the most beautiful and fragile places on the planet, from parks to cities. And we Italians know something about it, with the drama of Venice under the eyes of the world. 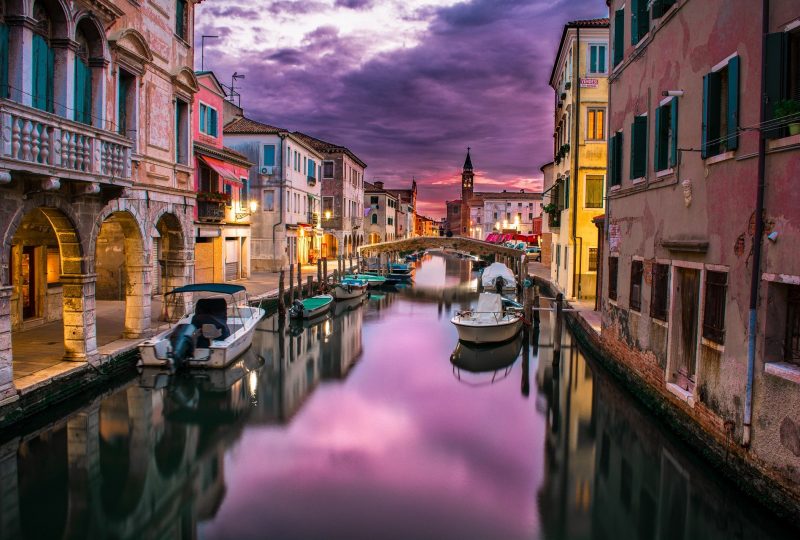 Traveling is beautiful, it opens the mind and prepares us for the future. But at the same time, when it exaggerates, it risks damaging the weakest cultures, local economies, products, and biodiversity. Once again, there are no alternatives: either we all stay at home, everyone locked up in their own enclosure, or we learn to respect common-sense rules that preserve the planet from ourselves, which is then the usual problem. It is called “overtourism” and as we see Rome and Venice (made even weaker by the fragility of its territorial ecosystem) suffer from it, Florence as well but also cities where tourism has exploded only in recent times like Verona, with increasing and now almost unmanageable impacts.

Even UNESCO tries to put a limit on tourists: it has brought together experts and operators in Baku, Azerbaijan, in the face of a dramatic series of incontrovertible data. The growth of world tourism is higher than all the forecasts, and half of the flow (1.5 billion people a year) is pointing towards Europe, and a large part of this flow aims to Italy. It will be necessary to define strategies and actions that make this sort of “invasion” compatible with safeguarding the historical-architectural heritage and with threatened identities and cultures. However, we must not overlook the fact that tourism can also bring visibility, well-being and development to our cities, and especially to smaller towns. This means maintaining the balance not only cultural but also environmental, threatened by dramatic climate changes course, as we stressed just a month ago in an article on Impactscool Magazine, after the last catastrophe that hit Venice.

The Baku paper. A clear and urgent indication came out of Baku: first of all, we should put the places of greatest tourist attraction on the list of world heritage sites, stimulating travel habits that can be tolerated economically, socially and environmentally. We should not reduce ancient cities and natural jewels to overcrowded theme parks, as happened in Barcelona, ​​Dubrovnik, the Aegean and even to the Scottish island of Skye. Although it must be added that for Italy compatible tourism models and infrastructures could double the sector’s GDP, also helping training, the development of smart cities, as well as sustainable receptivity and mobility. “In our country all the historic centers must be regenerated, who suffer from extreme and contradictory phenomena, passing from the great tourist appeal to the often irreversible abandonment by the residents. They host nightlife but also crowds of stragglers, and only sometimes they are an example of excellent cultural recovery “, says Giuseppe Cappochin, the president of the national council of architects, planners, landscapers, and conservators.

Tourism and environmental danger. Meanwhile, after the recent high water emergency and a flashback of the controversy over the Moses, Venice is once again protesting the invasion of large ships in the San Marco basin and the weekly “spill” of tens of thousands of hit and run cruise passengers. Now the hope is that the authorities will finally find a way to interrupt this shameful practice that has nothing to do with tourism since it treats the millennial Serenissima as a Las Vegas. Not only do ships contribute to the lethal erosion of the bases on which Venice is founded, but the economic return is really limited: tourists eat and sleep on board and leave their offer only in a few shops and a few bars. The deep wound just suffered by the city ​​has confirmed its extreme fragility to the world, but the ministries are refounding fundamental decisions for its survival, already strained by over 30 million visitors a year against only 50 thousand inhabitants. But perhaps something is moving: also thanks to the words spoken by the new president of the EU Commission, Ursula von der Leyen (“Underwater Venice is a vital question for Europe”), appeals are multiplying for a truly global solution. Even if the same Unesco something to reproach itself it has, and just about the lagoon city, not having done enough to counter the passage of cruise ships.

The overtourism is just another face of the threats to the planet, like the climatic emergency, overpopulation, poor drinking water, and many other critical aspects: so any awareness that the ecosystem must be protected even in its most authentic symbols is welcome. In this sense there is also the hypothesis of making Venice the seat of a European agency that deals with tourism, studying and further enhancing the great opportunities and resources it generates, evaluating, however, as did the journalist Guido Moltedo at the Club of Venice, also the problems it creates for communities and identifies monitoring and containment tools. Certainly, it is precisely the “culture of travel” that should be part, together with the respect for the places visited and the people who live there, of the baggage of tourists. And of those who “guide” them, often out of interest and with a guilty superficiality. On Instagram, a revolt is growing against the influencers who push the hordes of vacationers to devastate the parks, treading them off the trails, trampling flowers, buzzing with drones, or dirtying and polluting the cities. The system works: some sponsors have pulled back by canceling thousands of dollars of partnerships. Perhaps even the planet has found a way to defend itself … and precisely with social media.