The video of the collapse of the Arecibo radio telescope

The famous Arecibo telescope, a giant 350-meter-wide dish in the heart of Puerto Rico has definitely collapsed. In recent days there had been a series of minor collapses, due to the age of the telescope (built in the 1960s) and on 3 December the breaking of a cable caused a triangular platform to fall suspended at a height of 150 meters from 18 cables anchored to three tall concrete towers along the circumference of the antenna. The collapse was recorded by surveillance cameras and a drone that was monitoring the damage to the structure at that moment. The telescope, in addition to collecting an enormous amount of astronomical data, was also used to send a message into space addressed to any extraterrestrial civilizations, a sort of message in the bottle that will continue to travel indefinitely in the cosmos. 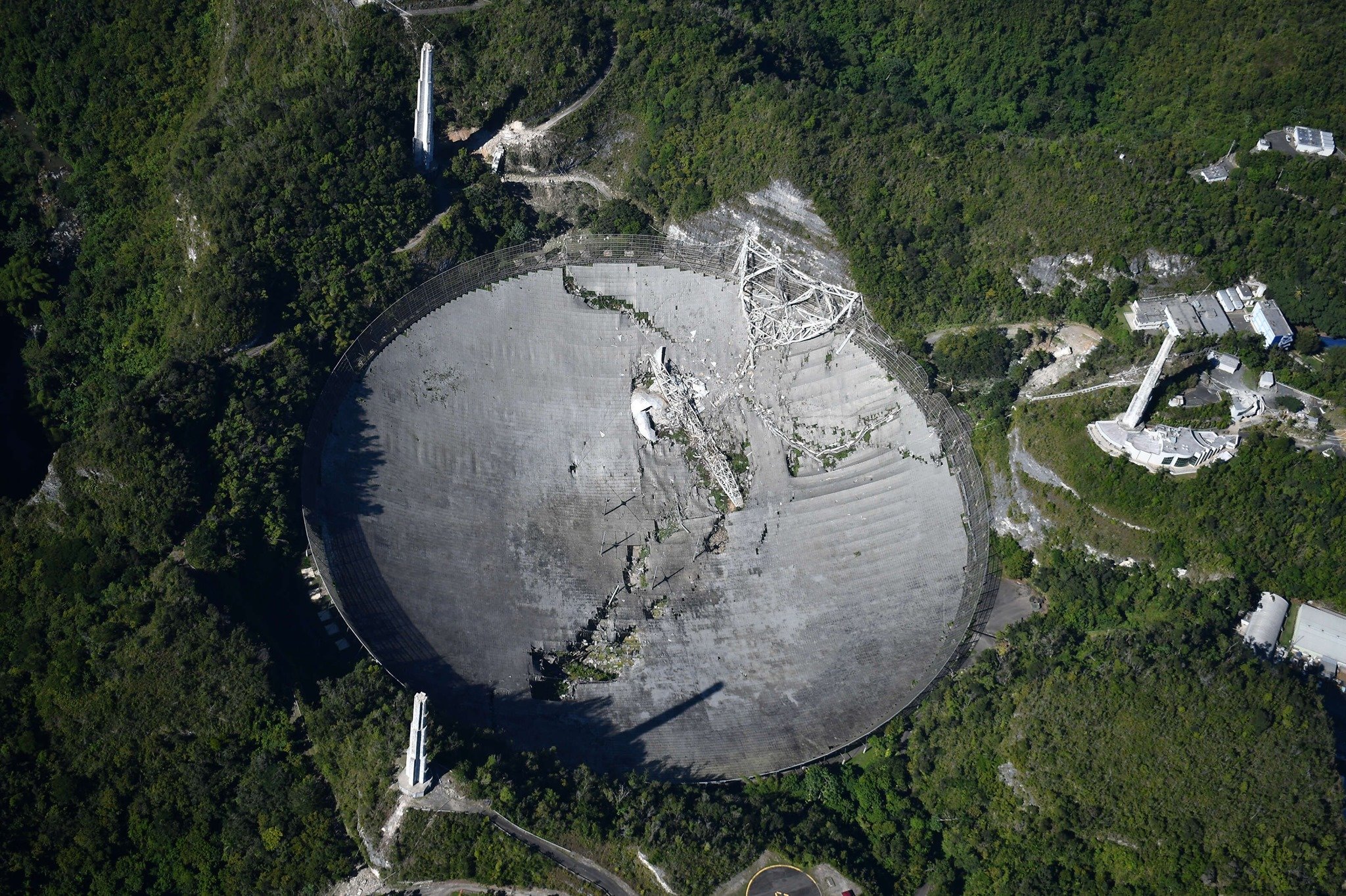