On the skin: the future of tattoos

Tattoos are an ancient practice, a modification of one's body, a form of biohacking before biohacking. How is this practice evolving today? What role do new technologies play? What are its future perspectives? How do they intertwine with the most radical biohacking practice? 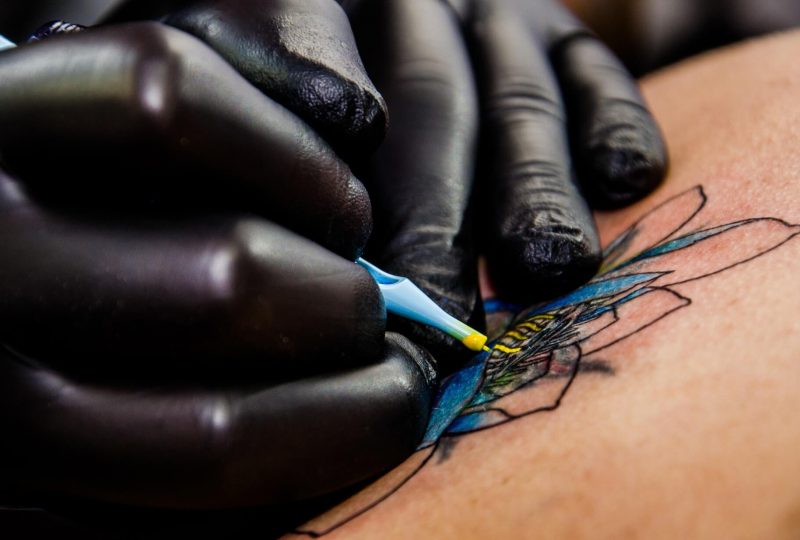 The practice of engraving one’s body permanently with inks or scars is of very ancient origins, as evidenced by the finding in 1991, on the Italian-Austrian alpine border, of the frozen and perfectly preserved body of a man who lived about 5300 years ago. This is the Similaun mummy, the remains of a man who has vertical incisions containing powdered charcoal on various parts of the body: these are real tattoos. The body was subjected to an X-ray analysis, which showed that the black marks were placed in correspondence with bone degeneration, so the researchers reconnected the practice of tattoos to a symbolic purpose, a sort of ritual to relieve pain.

Nowadays, to permanently mark our body is common practice with very deep roots, and multiple purposes: aesthetic, cultural, of belonging, or as a reminder, in any case, permanent designs that transform our body into a testimony of our story.

Tattoos and biohacking. What is the line that divides the tattoo, of ancient origin and biohacking? Biohacking means the practice of changing our chemistry and our physiology through science and self-experimentation: even with tattooing, it is possible to talk about biohacking because we introduce a foreign material into our body and change it at will. There are still many discussions about those who use biohacking that show different facets: they range from the simple pacemaker for medical use, to the insertion, independently, of under-skin chips that, for example, can automatically open the front door. “People’s fear is entirely due to preconceptions, tags under the skin are much less invasive than a dental capsule, not to mention a pacemaker”, Amal Graafstra, the founder of Dangerous Things a notorious biohacking company, said to Donna Moderna magazine.

Temporary ink. Traditionally the tattoo is forever, or almost. The classic ink is in fact formed by metallic pigments whose molecules are too large to be absorbed and destroyed by our body. To eliminate a permanent tattoo the only remedy is the laser, a long practice, very painful and expensive. This treatment is able to fragment the pigments, which will be removed thanks to the natural intervention of the macrophagic cells of the skin (part of our immune system).

The Ephemeral company has patented an alternative ink, “temporary” or semi-permanent, formed by natural pigments that at the molecular level are trapped inside a casing that will deteriorate after 6 months or 1 year. Following this dissolution, the body will naturally and independently absorb the ink. It is also possible to anticipate the cancellation of the drawing using a specific solvent. Both the application and the removal take place like a traditional tattoo session without the need for special machinery.

Technology on the skin. Some students of the MIT Media Lab, in collaboration with Microsoft Research, have combined tradition with innovation, creating technological tattoos: thus DuoSkin was born, small golden bands made with electrically conductive ink. Tattoos similar to temporary ones for children that are applied using a wet cloth until the device adheres to the skin and can be easily removed. Using gold in sheets, a fairly robust and skin-friendly material, researchers have created three types of interfaces: you can use it to turn your skin into a trackpad with which to control portable devices like smartphones, use it to monitor temperature skin or store data, thanks to their connection with other devices. Chaotic Moon, a startup active in the medical sector, appreciated the idea, finding an application even in his own field. An electronic tattoo was thus created that constantly monitors blood pressure, body temperature and other vital parameters: once placed on the skin it is automatically activated, collecting all the desired data.

These electronic tattoos could be a soft alternative to biohacking for those who prefer a non-invasive approach. And compared to classic devices such as watches, keys, and smartphones, which could perform the same functions, these tattoos are less bulky and impossible to lose or forget, being tied to your body.

Art and automation. The future of tattoos is not only linked to the production of materials for their realization but, as in many other professions, could there be the possibility that robots replace the work of human beings? The 3D printer may soon be able to take the place of the tattoo artist, stamping the desired designs onto the skin. But it is still a machine that lacks man’s creativity, sensitivity, and shrewdness. It is necessary that the part of the body on which you want to make the tattoo is still, to avoid “typing errors”. Tatouè in France is the first company to have tested tattooed robots on leather.

Proptech, a union of the words property (property) and tech...

Registration is open for Future Camp, the digital summer school...

What will the professions of the future be? How can...