Vegetable meat: where are we?

Vegetable meat has been available on the market for some time now: we analyze the results achieved and the prospects for the future 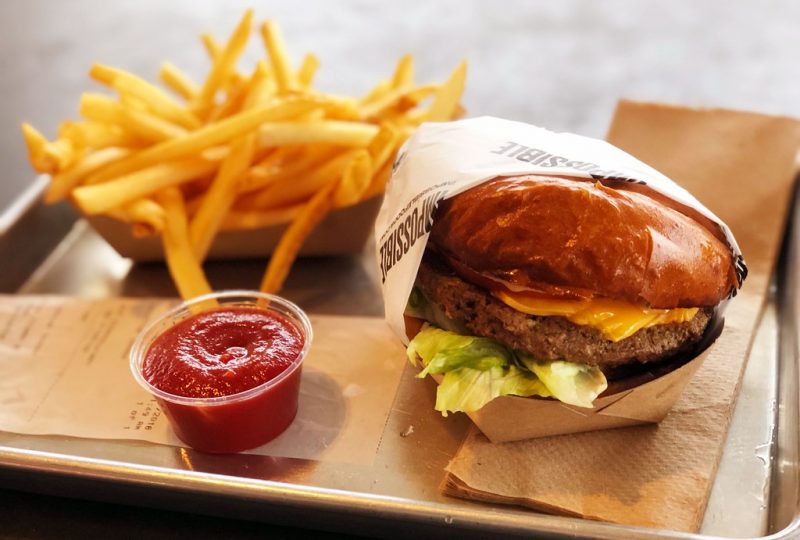 Have you tasted an impossible burger? There are now also available in Italy in the major supermarket chains, vegetable “meat” burgers with a flavor, texture and consistency very similar to the real ones. This is not the only product of Impossible Food, the company that created the recipe that manages to make vegetables a substitute (at least from the point of view of flavor) of meat: recently, in fact, the impossible sausage. How is the spread of this type of products going and what is their environmental impact?

Impossible Pork. After developing the recipe for vegetable “beef”, Impossible Foods launches the impossible pork, with a pork flavor. According to the first impressions these sausages would have little to envy to the original ones: the makeup would be in the ingredients, mainly soy and heme, a genetically modified yeast that is able to provide the texture and texture of real meat.

With this recipe, the artificial meat market (not to be confused with that grown in vitro) is destined to grow, particularly in China, one of the countries where the world’s most pork is consumed. Considering the collaborations that this product is creating with different fast food chains and pizzerias, it is reasonable to think that Impossible Foods’ products, as well as those of the competition, mainly Beyond Meat, are breaking through the diffidence of people.

The environmental impact. Reducing the consumption of meat of animal origin is one of the key points in the fight against the climate crisis. The farms, in fact, are responsible for a good portion of the CO2 emissions, moreover the crops used to feed the animals take away land from forests that therefore absorb less greenhouse gases. Switching to a diet with a restricted consumption of animal meat is certainly desirable, and in this scenario vegetable meat could play an important role.

To underline the importance of this approach to nutrition and to better inform its customers, Quorn, one of the companies that produce the largest meat substitutes in the world, has started to indicate information on the packaging of its products on the environmental impacts and the benefits towards the environment of a diet that reduces the consumption of animal products. For example, in 2018 Quorn products allowed to emit 200 thousand tons of CO2 less than those deriving from farms.