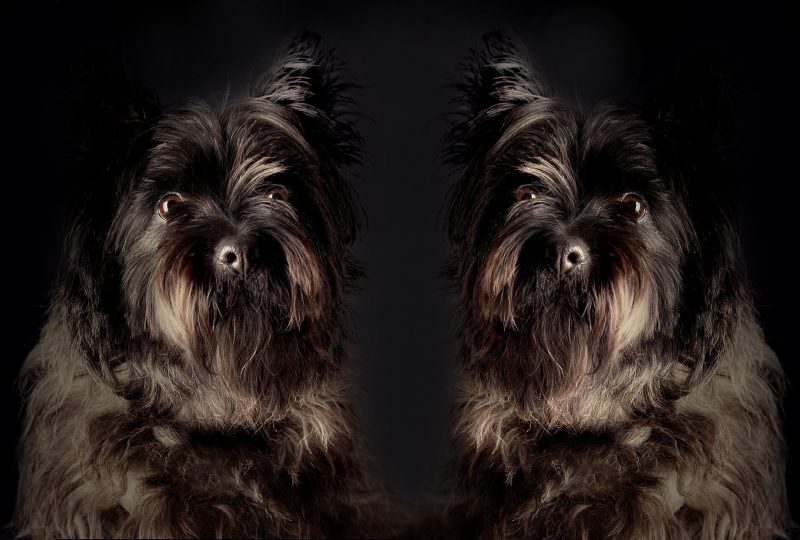 From the cloning of Barbra Streisand’s dog to new genetic reproduction techniques, future technology seems to promise the impossible. Will human beings succeed in realizing their ancient dream of immortality?

This is the news that has been bouncing on the web for a few days, unleashing the imagination of many people: should we expect an army of interchangeable pets? the cloned dog will be the same as the original? What will be the possible side effects?

Let’s try to understand better what we’re talking about.

Barbra Streisand is not the first person to clone her puppy: the Sooam Biotech Research Foundation, a leading company in the cloning sector, would seem to have already cloned more than 600 puppies, with a price for owners that goes between 50 and 100,000 dollars. On the company website, in the “Dog Cloning” section, you can read these words:

Dogs have been domesticated for thousand years. They have been our protectors and friends; however, an average lifespan of a dog is about 10-15 years, much shorter than that of a human being. Sooam Biotech Research Foundation is able to prolong the companionship with your dog by bringing back the memories that you have with your friend. Cloning technology is possible at Sooam for any dog, no matter its age, size and breed. Sooam not only performs dog cloning research, but we also heal the broken hearts.

The same service is offered by Viagen Pets, a company that proudly shows on its site the photos of puppies of dogs and cats cloned, with lots of customer reviews.

But how does it work?

We talked about cloning some time ago, when the news of the first primate cloning in China came out. In this case, taking live cells from the animal (while it still alive or, in the case of Sooam, within five days of its death), it is possible to implant the nucleus of the dog’s cell to be cloned in a donor’s cell.

At that point, from the ovule it is possible to obtain the oocyte, which is then inserted into the uterus of a surrogate dog. With this procedure it becomes possible to clone a pet and get a new specimen that will share the animal’s DNA but which will not necessarily be identical to the original.
In the cloning process, in fact, intervenes the epigenetics, that is the capacity of the environment, nutrition, stress and social factors to turn on or off the expression of a gene. In other words, already in the womb, there may be factors that influence the way in which genes belonging to the DNA are expressed. It could be a different eye color, or a streak of the animal’s hair, or other characteristics that are somehow all possible because of the same genetic code. If not, identical twins would be completely the same; but luckily we know that it is not like that and that each of us retains its individuality and uniqueness.

Furthermore, there are many aspects of the reproduction process and of the genetic inheritance that accompanies it that we do not know; this is why it is really difficult to understand what implications there are in our acquired ability to manipulate, copy and adjust genes.

Since research has much to discover, it is important to know that the result of the cloning process is not guaranteed. In fact, it works only once in three and requires several attempts. This means that to get a cloned dog it is necessary to give birth to several dogs.

So what happens to cloned dogs that are not identical to the original?
The “defective” clones are kept alive and remain available to serve as “surrogates” and allow researchers to clone new animals, using their ovules or using them as mothers.

Some of the companies that offer the cloning service dream, in the future, to use these techniques to bring back extinct animals. The Revive and Restore project, for example, works for the maintenance of biodiversity with genomic editing techniques, artificial insemination, molecular biology and much more. In addition to preserving endangered species, this organization is working on the so-called “De-Extinction Process”.

If you are thinking of Jurassic Park, you are right because it is the same mission: to recreate extinct animals in the laboratory. In this case, however, we are not talking about T-Rex, but about animals like the Mammoth or the Dodo.

If we want to push ourselves further into the forecasts, we can resume the news of a few weeks ago on the creation of the first man-sheep embryo: a success that fuels the hope of creating transplantable organs for human beings in the laboratory.

In this case the technique is the genetic recombination, also indicated with the rDNA formula, which consists in removing a sequence of DNA from an organism and implanting it in another, producing, in fact, organisms that would not exist in nature. Since the invention of rDNA, numerous experiments have been made, creating, for example, bacteria that produce human insulin and plants that, due to genes coming from jellyfish, are fluorescent.

Faced with the great possibilities introduced by technology and by the advancements in genetic editing, important ethical dilemmas arise that are intensified if combined with those deriving from artificial intelligence and other tools capable of fueling the desires of those who dreams of being able to live forever or to bring back to life their loved ones (human or animal) thanks to an algorithm, to a robot or, as in this case, to a clone.

If these themes fascinate you and you want to read more about the moral and social implications of cloning, I recommend reading the chapters Animals and nature and Love, reproduction and relationships of my new book 2050. Guida (fu)turistica per viaggiatori nel tempo.