During the last edition of JOB&Orienta, the national exhibition dedicated to school, training and work, Eni has chosen to decline its presence to the future: four exceptional speakers for four visions of the future, all waiting to be discovered. 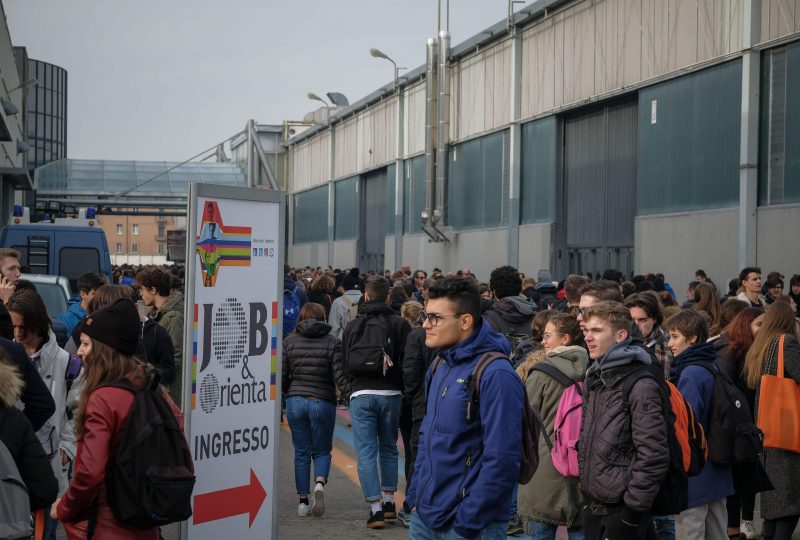 According to data from Unioncamere, between 2019 and 2023 the Italian market will require altogether between 2.5 and 3.2 million new workers to be hired, especially in the sectors of business services, health and education. That’s why talking about the future of tomorrow and, above all, talking about it to young people becomes fundamental: precisely this is the challenge of the JOB&Orienta fair, promoted by VeronaFiere and the Veneto Region, in collaboration with the Miur and with the support of numerous institutions local and national. The 28th edition of the event, which attracted over 75 thousand visitors this year, was held in Verona from November 29th to December 1st and saw over 350 speakers taking part in more than 200 events scheduled.

Focusing on tomorrow, the meeting “The future is here” was promoted by Eni as part of the JOB&Orienta, and which saw four exceptional speakers alternating on stage to tell their vision of the future.

The first to take the floor was the economist and professor of Economics and Business Management at the Ca ‘Foscari University of Venice, Stefano Micelli, who started off with a figure that could sound astonishing to many: according to a study by the World Economic Forum, 65% of the children who are in school today, once they are graduates, will do jobs that still does not exist today, but that we can try to imagine. How to prepare, then, for a job that you do not know what it could be?

Micelli has chosen to start from a list of characteristics that tomorrow’s future will have: first of all, the professor tells us, it will be a hybrid work, which will combine automation and manual skills. But the work of the future will also, necessarily, be a reflective work: “You will have to think about what you are doing, the automation of the assembly line will no longer be possible”; but we must not forget the entrepreneurial quality: according to Micelli, the kids will “explore individually things that do not exist today”.

And that is the life lesson that followed, as a young boy, Giovanni De Lisi, now CEO of Greenrail, the startup that creates crossbars for railway lines in sustainable material. After a few years as an apprentice as a welder for his father’s company, Giovanni has a brilliant idea: to replace the crosspieces of the train tracks, built to date according to a standard of the early ‘900 in concrete, which requires continuous maintenance, with models created with recycled plastic and rubber. A project that combines the value of sustainability with industrial development according to the principles of the Circular Economy. A formula that seems to be successful: recently Greenrail has in fact obtained a $75 million contract in the United States, for the construction of its eco-friendly crossbars in five states.

It was then the turn of Esther Elisha, who told the audience about the difficulty of carving out a space in the reality of Italian cinema: talented Italian actress originally from Benin, Esther for years found herself forced to play marginal characters, before to find the courage and get the success she deserved. This is also why she concluded her speech wishing the audience to find “a future that looks like you”.

“I am convinced that everyone is the architect of their own destiny: what I have been taught is that if you have a passion for what you do and give it your all, you will never feel out of place”. This is how Gilda Balducci, Eni drilling engineer and final speaker of the event, told the public how and why she decided to leave for a year in an offshore field, the only woman among about 120 engineers. Four years ago, the decision to participate in a Master’s in Petroleum Engineering and Operations, organized by Eni in partnership with the Polytechnic of Turin, and then the departure for a drilling camp in the middle of the sea: a one-year experience, demanding but certainly rewarding, which taught Gilda to know how to open up to new horizons.

A challenge that Eni seems to be ready to seize, too: with its presence for the fourth consecutive year at JOB&Orienta has chosen, with this meeting, to reflect with the young about the future in terms of new trends, economic models, forgotten trades, renewed or they do not yet exist and, above all, the aptitude necessary to be ready for change: to orient themselves in order to guide the future.