Gestures and technology: an unbreakable bond

The way we gesticulate is often tied to a technology: we discover how digital is creating new ways of expressing oneself without using the voice 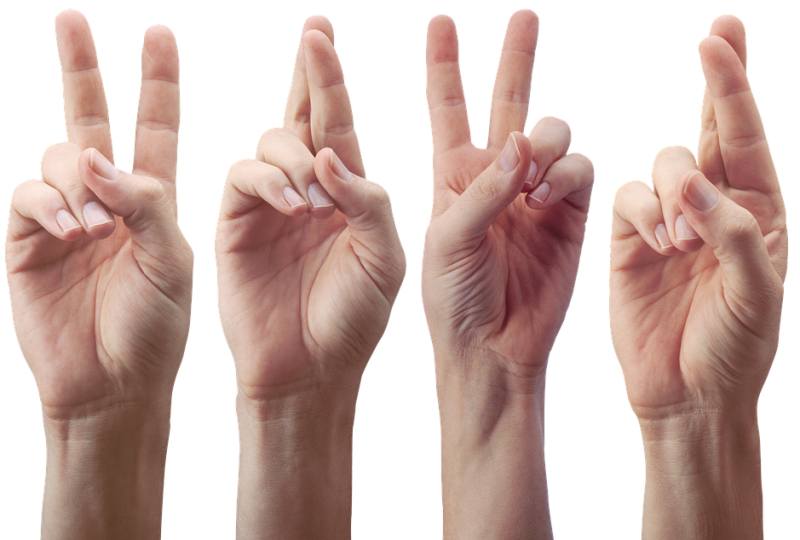 A series of videos are becoming viral in which adults and young people confront each other on the gesture of being on the phone. If for those over 20 years of age it is the classic thumb and little finger resting on the ear to imitate a cornet, for young people the movement to do is to place the palm of the hand on the ear. As curious as this case is, it is far from rare, on the contrary: technology is one of the many drivers that change the way we communicate, not only thanks to phone calls, video calls, or emoticons, but also through gestures.

The importance of gestures. According to some linguists more than 90% of our daily communication is non-verbal, we express more concepts with a glance or with the movement of the hands than with words. Kinesthetics is the branch of linguistics that deals with studying how certain movements and attitudes of the body acquire a certain symbolic meaning, it concerns both communicative acts expressed by the body in an innate way, such as smiling or blushing, and others that are learned instead . Precisely these go far beyond their symbolic meaning and reveal how our relationship with technologies is far from unambiguous: man creates technologies, but also technologies modify man.

Stories in the hands. This is the case of the example of the gesture of the call, mentioned at the beginning of this article, but also of other gestures whose origin goes slowly losing itself in history. The military salute, for example, placing the hand outstretched on the forehead, has its origin in the Middle Ages in Europe: the soldiers who wore armor complete with helmets, to be recognized by their superiors or by their own allies, carried their hand on the forehead in the act of raising the visor of the helmet. The armor, which, as the fruit of human ingenuity, we can consider a technology, has given birth to a gesture that now lives of its own life.

To take another example, often, when asking for the time, we show the wrist and touch it with a finger, indicating a watch that is not there. This gesture was born, in fact, with the first watches compact enough to be worn on the wrist but, with the increasing spread of smart-watches, in the future it could acquire a totally new meaning. Like words, in fact, gestures change and change their meaning.

Swipe up. A separate chapter are the gestures designed by Apple and now cleared through customs for any touch device. Integrating intuitive gestures into a smartphone’s control system is probably one of the reasons for their widespread use. However, their success goes far beyond the technological sphere and reaches the cultural and non-linguistic one. In fact, there are many videos of young children, often in contact with touch devices, which when they are confronted by a normal paper book are confused as to why pinch, or “pinch” the screen to zoom, as well as the various swipes, do not work.

The huge spread of touch screens has not yet had the opportunity to enter in depth into our expressive and communicative DNA and perhaps it will never do so. Not because he doesn’t have the ability but because he may not have the time. The first gesture control systems already exist and will soon appear on the market. The gesture itself becomes technology.

Gesture Recognition. Different realities of the digital world are working to create a new form of interface, called gesture recognition, which uses artificial intelligence and different types of sensors to observe, measure and understand our gestures and give them meaning within a technological system. The areas of application of this technology, as it was for the touchscreen, are practically unlimited. From the automotive sector to that of consumer electronics, passing through video games or controlling IoT systems. This kind of interface, called touchless, could be further pushed by the needs related to the Covid-19 pandemic.

There is a curious aspect regarding the future of this technology. To choose which movement indicates what the researchers are inspired by gestures they already know. For example, to lower the volume of the music they imitate the movement of turning a knob. Hence, a gesture survives the technology that created it.