The winners of the National Innovation Award

The final of the largest and most widespread Italian business plan competition took place in Verona last week. 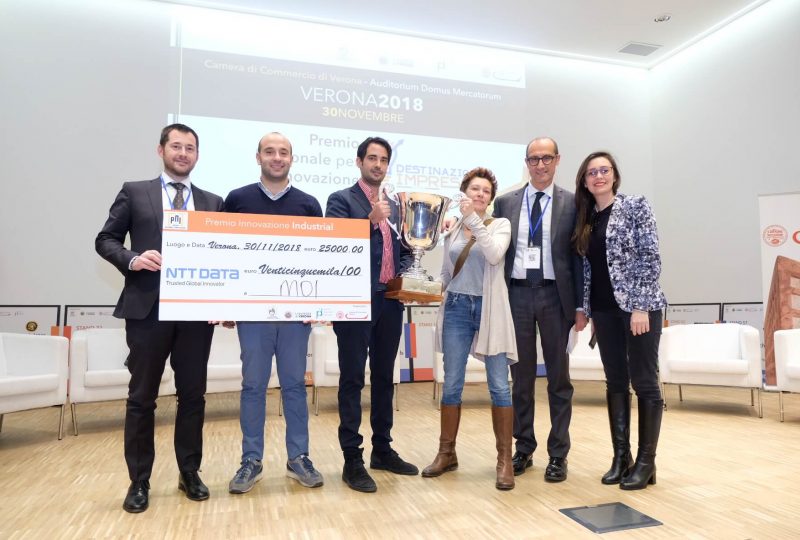 Two day rich in ideas and business projects took place in Verona on November 29th and 30th for the PNI, the National Innovation Award, final competition. 2,388 new participating entrepreneurs, for a total of 797 business ideas and 315 business plans were presented: these are some of the numbers of the competition that lived its final act, with 59 finalist startups, selected through the regional Start Cups, who challenged themselves to pitch and presentations. The winners were chosen by a qualified jury, composed of representatives of the business world, university research and venture capital, on the basis of criteria such as originality of the business idea, technical feasibility, interest for investors, adequacy of the skills of the team, attractiveness for the market. The award-winning company projects have won a total prize money of about €1 million, divided between over € 400,000 in cash and €600,000 in services, offered by universities, incubators and the vast ecosystem supporting entrepreneurial innovation.

The winners. The absolute winner, also awarded as the best project for innovative industrial production, is the MOI group, released by StartCup Lombardia, which has developed and patented an additive manufacturing technology capable of producing high performance products in composite material. “This is a cutting-edge system – commented the company chief Gabriele Natale – which involves the use of a numerical control machine capable of depositing continuous fibers impregnated with thermosetting resin in order to create high performance objects by orientating the fibers according to the load they will have to bear”.

The jury, however, has also assigned some awards related to specific areas: for example, the “improvement of environmental sustainability” award went to InnovaCarbon (StartCup Calabria), a project dedicated to the purification of water contaminated by organic substances through an absorbent filter composed of very high performance nanomaterials. In the category “information technology and new media”, instead, the first place went to Ofree (StartCup Veneto), an application that allows people to convert the time spent playing video games in donations, in an engaging way. Finally, among the “health improvement” projects, the Relief group (StartCup Toscana) has developed an endourethral sphincter for the restoration of urinary continence. Poor invasiveness and ease of use are the salient features.

Also a long series of special awards and two mentions were assigned, specifically aimed at the best social innovation project and the one that best represented female entrepreneurship.

The 2018 edition of the PNI was promoted by PNICube, in collaboration with the University of Verona, the Verona Chamber of Commerce and the PiD.

“For two consecutive years – said Giovanni Perrone, president of PNICube – the winner of the PNI is a startup that contributes to the strand of Industry 4.0. This is a testament to the current research and innovative applications of Italian universities that, through their business ideas, can actively contribute to the growth and innovation of one of the fundamental assets of the country’s economy, manufacturing.”

The location of the next edition of the PNI has already been defined, which will be in Catania in 2019.