In our digital and globalised economy, inequalities are raising. To reverse the trend, politics has three tools at its disposal: better education, fairer taxation and more solidarity.

“Inequality is like cholesterol”, to borrow Moises Naim’s metaphor (Venezuelan writer and journalist), “as there are two types of it: good and bad”. Humans are by nature competitive, being fuelled by the ambition to have higher wealth and/or status than the average, and give their best through specialisation. In my opinion, this type of inequality is inevitable and acts as the key incentive upon which we have built what is likely to be the most efficient economic system yet, free-market capitalism. However, when this inequality translates into extreme and permanent disparities in wealth, the outcome is both unfair and inefficient, as the children of the rich get far better chances and society becomes stagnant.

In the last four decades, the “bad type of inequality” has skyrocketed within advanced economies. Yes, disparities have always existed and during the same time period we reduced the global gap between countries, with hundreds of millions of people lifted out of poverty, especially in China. But in the west average wages have long stopped increasing along with ever-rising productivity, and whilst the prices of consumer electronics have plummeted, inflation for basic goods such as health, education, food and housing has gone up substantially. In a few words, it looks like the middle class is doomed – why?

Firstly, in the 21st century, “Capitalism is without capital”, as Jonathan Haskel (professor of economics at Imperial College Business School) says in his book. Advanced economies have been undergoing a structural transformation away from the production of goods towards that of intangibles (design, branding, software, R&D and more recently data). This prizes an advanced set of skills that only a minority of the population possesses. So far the highly educated have been the clear winners, whilst the low skilled have lose out. But we have seen nothing yet, as AI-driven automation will now make disappear even many middle-income white-collar jobs. The McKinsey Global Institute predicts that by 2030 as many as 375 million workers will lose their occupation and will need to retrain.

Secondly, welcome to the superstar economy. Indeed, the problem is not only that within the workforce it’s only the college graduates who have benefited from significant wage increases. Even more concerning, within every sector there is a few top winners and countless losers who scramble for the crumbs. The Internet has been breaking down barriers between sectors, cutting out many intermediaries and making it very easy for the top performers to keep growing. Google reaps on average millions of dollars in revenue per employee, a few singers get the golden share of the global music industry and a handful of architects design all of the most famous buildings. To quote Scott Galloway: “whilst it has never been harder to be millionaire, it has never been easier to be a billionaire”.

Thirdly, globalisation has been from the start capital-rather than labour-friendly. Integrating world markets naturally compounds the first two phenomenon seen above, as western workers have to compete with people in poorer countries as well as robots, and the superstar effect works at the global level. But it also leads to an issue in its own right: in the global century, national governments are constrained and have no choice but to increase “competitiveness” to attract the überwealthy. No wonder that taxes on multinationals keep falling, and that even in arguably the most socialist country of the West, France, the richest 1% pays proportionally less taxes than the poorest half of the population.

Technology and globalisation are hard to stop and even if we could we would lose the countless benefits they have brought. What has to change is policies.

First of all, mass education could do with an update. It’s time we invested the fruits of automation into top-notch training program available to people throughout their lives. Unfortunately, it’s harder than it sounds. Amy Goldstein has shown that in Janesville, Wisconsin, after the GM factory upon which the local economy depended shut down, it was those who did not go back to school who found another job sooner. The people most interested in lifelong learning tend to be those already highly-educated, and a 55-year old driver whose truck is now autonomous can’t be turned into a data scientist. However, education can definitely get better and cheaper than now.

Second, superstars need to give back. If the economy now structurally favours capital over labour, than we need to tax wealth, housing and returns on financial investments far more than wages. Of course, it is not just about adjusting our fiscal systems, it’s above all changing our culture. As we said at the beginning, some degree of inequality is needed to incentivise wealth creation and it is fair to reward the top performers, but we have grown used to giving all the merits to individual effort alone. Studies show how discounting the role of luck makes people less willing to show solidarity. What is more, social institutions play a key role: clearly the US context is much more favourable to entrepreneurs than that of the average sub-Saharan country. If it was about economics and not culture, how is it that Japan is one of the world’s most successful economies despite a much smaller gap between CEOs and workers than in Europe and North America?

Third, it’s time for a labour-friendly economic consensus. Taxing superstars has become virtually impossible under the mainstream dogma that has driven globalisation. But if the US, Europe and China agreed to stop this race to the bottom in fiscal and social standards, tax heavens could be closed tomorrow morning, and the outsize role played by cross-border financial flows could start to be reined in. Competition between countries should be about productivity, inventiveness and creativity, not lower taxes for the winners, combining a dynamic economy with solidarity, as it happens in Scandinavia, the Netherlands and German-speaking nations.

Inequality has increased in all rich countries since the 1980s, but in some much more than others, especially within anglosphere. This means that policies play a key role too. Indeed, as the great Silicon Valley thinker Tim O’Reilly put it, the world is driven by one dangerous algorithm, i.e. shareholder value. This was the wrong choice but we can still make sure that the benefits of digitalisation and globalisation are spread more equally. It’s time to disrupt politics. 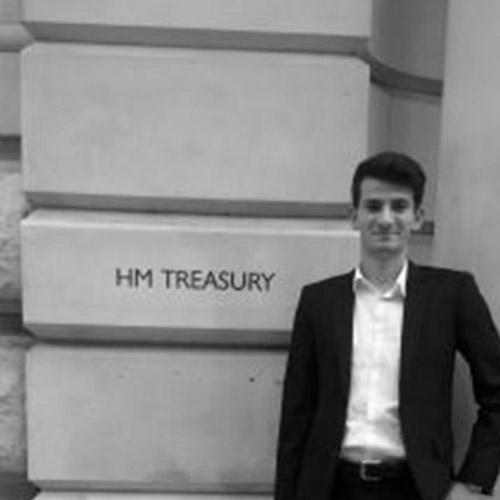