With climate change, population growth and the abandonment of the countryside we need new forms of agriculture. Vertical Indoor Farming offers a solution. 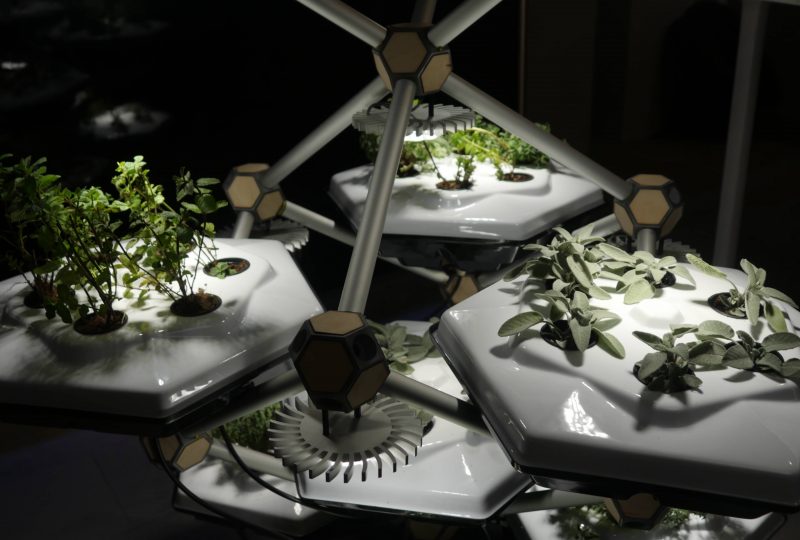 In the coming years, to limit climate change and face the population increase, we will be forced to change our eating habits, giving up more and more meat, whose production has a very strong impact on the environment, and favoring the consumption of products of plant origin. Exceptional atmospheric events and rising temperatures, however, could put a strain on the crops, forcing us to an indoor agriculture. At the same time, in these years we will also witnessing a slow but constant abandonment of campaigns in favor of urban centers: so where will we grow our products? Difficult to hypothesize large greenhouses in the cities as they will have an ever higher population density. We will therefore be forced to rely on new and alternative solutions, which must be designed and tested from today. The answer to this future scenario is the Vertical Indoor Farming, which thanks to the adoption of some technologies such as artificial intelligence, sensors and software could grow in reliability and quality or improve not only our diet but also our lifestyle.

Urban Farming. Agriculture in urban contexts can be considered as an evolution of indoor cultivation, like the one commonly produced in greenhouses that produces a good part of the vegetable products that we find daily on our tables. With Vertical Indoor Farming, however, agriculture moves to homes, shops, offices and public spaces, thanks to the use of particular techniques: hydroponics (cultivation off the ground, in an artificial terrain) and the aeroponics (without any land), both born for military purposes and today used for crops in enclosed places. These cultivation techniques guarantee an improvement in plant health, an increase in growth, flowering and fruiting and a considerable saving of water. This type of crops, thanks to special structures, can develop vertically, thus solving the problem of space.

It is precisely through these systems that the technicians of the space agencies of the world want to bring agriculture even outside our planet: tests are already underway to check the aeroponics in extreme contexts such as that of Mars: ENEA is work in the Omani desert to replicate the Red Planet environment as much as possible and test the resistance of crops. If the project succeeds we may soon think of self-sufficient space colonies, replicating what happened to the astronaut interpreted by Matt Damon in the film The Martian.

The future is today. Let’s go back to Earth because, in addition to the space agencies, there are many companies and startups that have decided to focus on this sector. Among the Italian companies there is also Hexagro Urban Farming, a startup that uses aeroponic agriculture and various exponential technologies to decentralize food production and allow anyone to access healthy food anywhere. A project, that of Hexagro, which also aims to improve the quality of life in urban spaces, educate respect and value of nature, create new opportunities for socializing and lead to a new sub-economy. We talked about it with Alessandro Grampa, Co-founder of Hexagro Urban Farming.

Can you describe us your product?

We are a startup active in the world of vertical agriculture that uses aeroponics for its plants. What we have seen up to now, both on large and small scale plants, are predominantly hydroponic plants: it is a simpler and more common technology, with standard components and lower costs for all the players in the supply chain. Aeroponic technology, on the other hand, is much more performing but is still very expensive and therefore less widespread: today it is almost exclusively found in the industrial context. Instead, we offer a product that uses this technology even for smaller scales. All large-scale systems concentrate on centralized production, thus offering a large production on a few varieties. The tendency at the global level, however, is to decentralize, to return more and more towards a natural complexity that has always characterized our planet. Our approach is inspired by biomimic: it is a design methodology, which today is widely used in the business world, which deals with studying what happens in nature at an organizational level to bring it back to a product or a need. Therefore, we create systems inspired by nature in terms of complexity and which include all the variables of today but also of tomorrow.

We have built a tree-shaped system, which can be more or less large as we have the opportunity to add or reduce “branches”.

We use 3D Printing for some components that give the modularity: they are real connectors, which have both a structure function but on which a series of systems are installed. The idea is to have a product that is adaptable to the space and the type of plant we want to grow.

Instead of adapting reality to a product, we are trying to do the opposite. Each module can be managed independently and can vary according to the needs of the plant: this is for irrigation or, for example, for light. We are developing a system, based on some algorithms, which will allow us to study exactly what the needs of the individual plant are, providing all users with the data to be able to cultivate that specific product in the same way.

In addition to 3D printing, then, what technologies are used in the product?

Each machine is a piece of IoT, connected to the Internet and “settable” through mobile applications or website, based on what we are going to grow. To talk about a real artificial intelligence is still early, we still have to create a sufficient database of data. After the big data collection and the deep learning work, however, we will be able to speak in all respects of an artificial intelligence system. Through the sensors we are taking the data that we need in order to understand how to improve performance and adapt cultivation programs.

The whole process, however, is not established by us: we define ourselves as enablers, facilitators, our users gather data. We want to create an “AI farming” based on direct user experience. So, we started with the data offered by nature and agriculture tradition and hand, thanks to the first operational products and data collected, we go to implement the system, without having to replace components but making updates.

At what point are you, then?

We are now finishing the industrial prototype, then we will go to file the patents. Now we are testing the product, which is not yet on the market. Our first customers are pilot partners, who have purchased the systems and are developing the product with them. For now we are active on some hotels, offices and banks but in the future, starting from 2020, we would also like to offer a product for individual citizens.

As far as marketing for companies is concerned, we have already started with orders and soon, as we said, we will start with production.

What are the advantages of using your system?

With pilot partners we work both from the standpoint of food sustainability, but also in terms of wellbeing: having the nature in the workplace or in the places where we live improves the quality of life and demonstrate a lot of studies. The air quality in the spaces where we work thickens the amount of stress we are subjected to: there are researches that show how the interior spaces are more polluted than the outside. In this context, we are creating projects with large companies to help them increase wellbeing in the workplace.

With our systems every company can have its green areas at competitive prices. Moreover, thanks to the creation of food, there is interaction with the systems and many times we have been told that employees arrive at the office curious to see the growth of the plant from day to day. With aeroponic technology you grow 3 to 5 times faster, so changes after a night out of the office are clear.

Your project also has educational implications …

What we are thinking of doing goes beyond the theme of awareness, which obviously is strong because it can transmit important values to young people. One of the jobs of the future could be the urban farmer, so we also offer guidance and training, and this is fully part of our mission: we are enablers, we create solutions to help others. We give these guys a taste of what could be one of tomorrow’s professions. This closes the circle of our development of our mission: transforming every interior space into a vertical vegetable garden allows us to create food in every city. Thanks to systems that can grow with time, from the performance point of view, we could produce more and more with respect to expectations. This could lead to exchanges between citizens, in a scenario that goes beyond the sharing economy: a decentralized sub economy, with users who can decide what role they have, from production to distribution, which also includes common areas in which to develop new business opportunities and above all new relationships.

However, we are evaluating projects aimed at the most disadvantaged social groups and the elderly.