The (creative and hyper-connected) future arrives at the Campus Party

From July 18th to 22nd the Fiera Rho in Milan will host the second Italian edition of the international event dedicated to innovation, future and creativity. Over 350 speakers, including Cristina Pozzi and Andrea Geremicca from Impactscool, will be the protagonists of Campus Party. 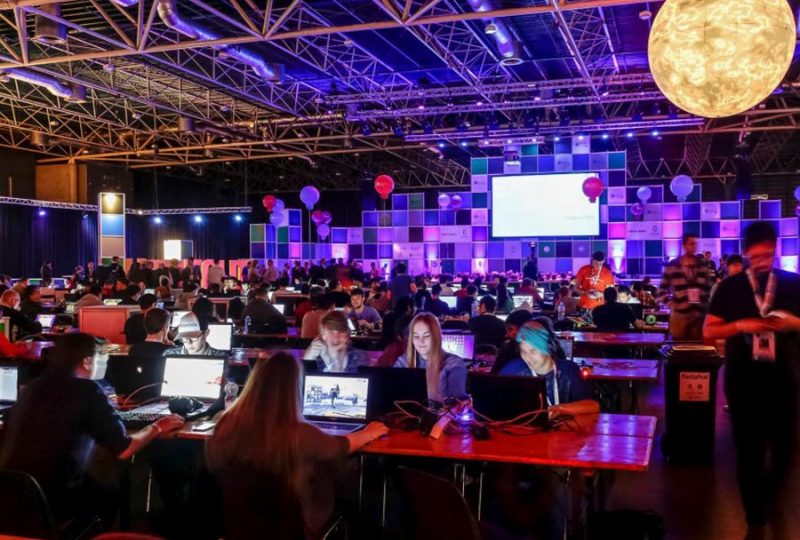 “Let’s rewrite together Italy’s source code” is the invitation, courageous and brash together, launched by the second Italian edition of Campus Party: from July 18 to 22 the international event with the highest concentration of digital kids will take place at the Fiera Rho in Milan. The format offers five days (and four nights) dedicated to innovation, future and creativity, 450 hours of content that will find space between the 4000 tents, the 7 stages and 350 speakers from around the world, thanks to the support of many partners, among institutions, companies, communities and universities. 20 thousand peopleare expected to attend this edition of CPIT2, organized in collaboration with the Lombardy Region.

“Campus Party is pure innovation and creativity – explains Carlo Cozza, President of Campus Party Global – because through the sharing of passions and interests, it’s an opportunity to give birth to those ideas that will change the future of the world. Campus Party Italy wants to become the reference point for innovation in our country”.

Five thematic areas will be explored during the five days of CPIT2: science, entrepreneurship, coding, entertainment and creativity. Visitors will be given the opportunity to take a closer look to the world of those working in the fields of robotics and space engineering, digital entertainment and programming, blockchain and gaming, computer graphics and virtual and augmented reality, biohacking and man-technology fusion, but also electronic music, storytelling, 3D animation, open source and other codes that will be invented.

“Our aim is to invest in the future, this means capitalizing on the ideas of our young people, enhancing their talent. In this sense Campus Party represents an important opportunity for our students to participate actively in the scientific and technological growth of the territory, also in terms of competitiveness” Vice President of the Lombardy Region and Councilor for Research, Innovation, University, Export and Internationalization Fabrizio Sala said.

Cristina Pozzi, CEO and Co-Founder of Impactscool, will be present to tell the Campus Party’s public what the future holds in store for us: on July 20 at 10.00 am she will deliver a speech entitled “2050: instructions for the use“. Knowing how to imagine the future is increasingly important in a world in constant change, in which very large revolutions take place within a very few years. How to deal with this new reality? As when visiting a place unknown to us, it may be useful to have a guide available that helps us understand what problems we will face, what great opportunities will be available to us and, especially, how to make decisions today in order to have of the best of 2050.

“The future can’t wait” is the title of the workshop organized by Andrea Geremicca, CMO and Co-Founder of Impactscool, also on 20 July at 2.00 pm. The workshop aims to give a brief introduction on the future and the technologies that can influence it, such as Artificial Intelligence, Blockchain, 3D printing, robotics, genetics and much more, and participants can work actively with future thinking tools to imagine the work of the future and its declinations.

In addition to the Impactscool team, over 350 speakers took up the challenge of talk about our future on the Campus Party stages: among them Guido Tonelli, physical spokesperson for the CMS experiment at CERN which led to the discovery of the Higgs Boson; Jon “Maddog” Hall, Chairman of the Board of the Linux Professional Institute; Edward Frenkel, a professor of mathematics at the University of California in Berkeley and author of the best-selling “Love and Math” and George Hotz, an American computer scientist and hacker, the first to have a jailbreak of the iPhone 3S and a hacking of the PlayStation 3.

Campus Party will be the last Impactscool’s event before the summer break: the events dedicated to the future resume, however, already in September, with the next dates of #Futura, the event designed by Miur to present the National Plan for the Digital School, and with the Kidsuniversity Verona.