The complex Arctic ecosystem is facing a new threat, caused by global warming, which could have repercussions on the entire food chain. 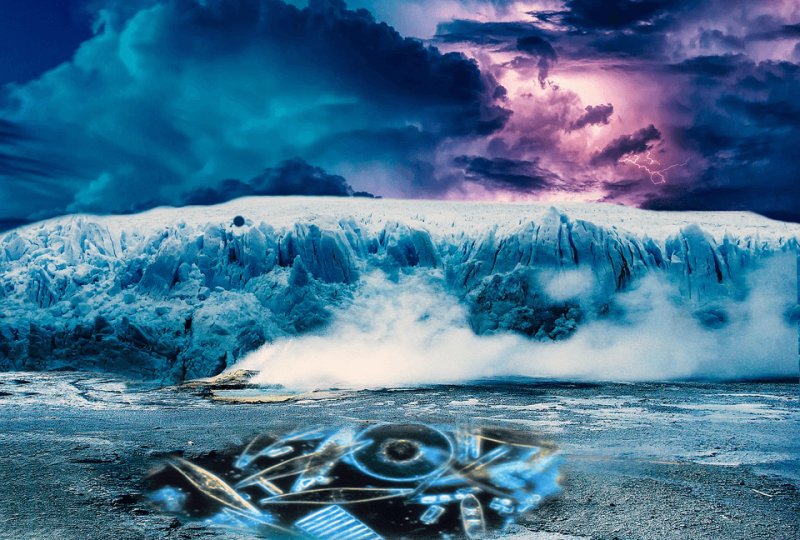 The complexity of a system becomes obvious when the variation, even small, of one of his element has enormous and unexpected consequences. When these changes are huge, as in the case of the reduction of ice at the North Pole, the results can be worrying.
This is what a research group from the European-Mediterranean Center on Climate Change (CMCC) discovered, phytoplankton, a particular type of micro-organism capable of photosynthesis, mostly composed of unicellular algae, of fundamental importance for life on our planet, is particularly sensitive to changes in the undersea environment of the North Pole and its variation could have consequences on the entire Arctic ecosystem.

The importance of small things. The Arctic Ocean accounts for just 3% of the global ocean but is responsible for absorbing 14% of the global ocean’s carbon. This makes it an important reservoir for the accumulation of atmospheric carbon dioxide. In the last decade the sea ice in the Arctic has drastically reduced, causing possible alterations of the carbon cycle and consequences that are still largely unknown. The expected variations of snow and sea ice may affect the production of the algae that inhabit the area that is located near the sea ice.
The reduction of sea ice in the Arctic, caused by ongoing climate change, leads to a modification of the phytoplankton proliferation habitat, which in the polar food chain is the first source of nourishment ranging from tiny microorganisms that feed on these algae up to the largest arctic predators, polar bears and whales in the first place. These very small organisms, not even visible to the naked eye, play a crucial role in the life of the oceans, and in general for life on Earth, since they produce half of the planet’s total oxygen. Without them, the levels of carbon dioxide in the atmosphere would be more than twice the current levels.

Change the climate, change the habitat. A particular species of phytoplankton that proliferates during the Arctic spring is the main form of nourishment during that period in which other species of ocean phytoplankton delay to spread, anticipating the other phytoplankton organisms and thus extending the primary production season in this region. When there is still not enough light for phytoplankton to grow in the oceans, the algae population residing on sea ice is, therefore, the only food source for the rest of the food chain throughout the Arctic Ocean.
“At low latitudes – explains Enrico Scoccimarro, senior researcher of the CMCC Foundation – the reduction of snow thickness dominates in providing more light and promoting algae growth; at mid-latitudes the change in terms of primary production is negative but not pronounced, because both the period of growth and the period of melting ice is anticipated; at high latitudes, above 74 ° N, the shifting of algal growth from autumn to summer dominates, a more favorable period in terms of available light. This leads to a significant increase in primary production at these latitudes. In general, we expect an increase in primary production relative to the algae that develop on the sea ice of about 50% at the end of the century compared to the recent past. ”

Unexpected consequences. The decrease in Arctic sea ice, therefore, significantly changes the availability of seasonal food for organisms that rely on phytoplankton to survive, which could have unpredictable impacts on the entire Arctic food chain, which offers few alternatives and follows relatively linear paths. A variation at the base of this food network, which is scarcely diversified and determined on a seasonal level by limited amounts of energy, could have consequences that reach the animals at the top of the food chain.