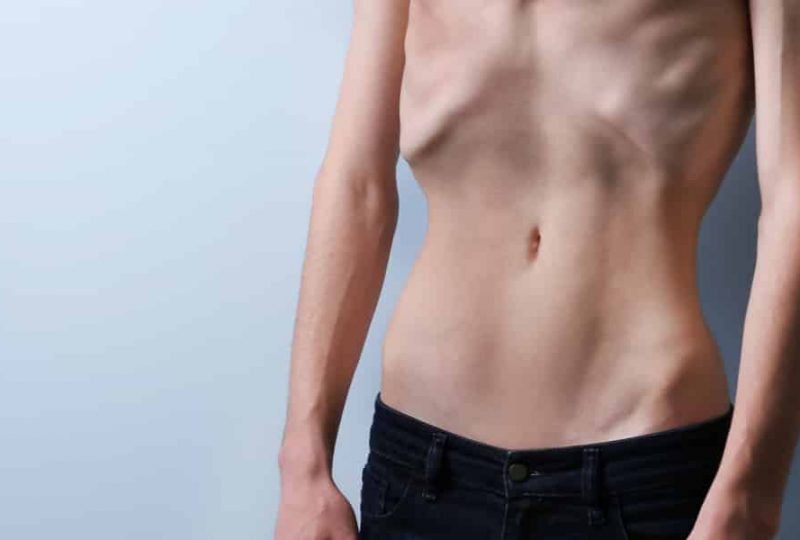 Every year out of 100,000 people 8-9 are affected by Anorexia nervosa (AN) disorder, at least one of whom will carry the disease for the rest of their lives. It is an alteration of nutrition and nutrition characterized by the voluntary restriction of food intake, a serious psychiatric disorder. Your physical image is perceived in a distorted, exaggerated way and leads those who suffer from it to serious complications that can even lead to death. This is precisely the key that the researchers of the Departments of Psychology and of the development and socialization processes of the Sapienza of Rome and of the Social Neuroscience Laboratory of the Santa Lucia IRCCS Foundation have tried to exploit, modify the perception of themselves, and to do so they have used virtual reality.

The study combined virtual reality with the illusion of embodiment, a well-known paradigm of cognitive and social neuroscience that allows the participants to induce the illusion of possessing a body other than the real one, through synchronized visual-tactile stimulation. The goal is precisely to investigate the individual components underlying the distortion of the body image in Anorexia Nervosa.

For the participants in the study, three three-dimensional avatars were recreated: one that faithfully reproduced the shape and size of the person’s body, one that represented a slimmed down version and one fattened. Through VR viewers and embodiment techniques, the women’s brain was fooled into believing that that modified body was their own. The research first verified the perceptual, cognitive and emotional aspects that accompany the distortion of the body image in Anorexia Nervosa: in incorporating the “fattened” image virtually, the patients affected by the disorder showed a marked experience of unease.

“The results first of all highlight the importance of focusing attention on the cognitive and emotional aspects of the body representation disorder – explained Ilaria Bufalari, coordinator of the study – but the possible leap is towards the use of this tool in future therapeutic and research approaches: by accustoming patients to a healthy body image, represented through virtual reality in a completely controlled setting, it is conceivable to favor the internalization of a normal weight body and the reduction of emotional stress related to weight gain. Fundamental steps in the therapeutic process of healing from pathology ”.

This study had an exploratory purpose, to understand if such an approach in the future could be developed in a real therapy, which is possible given the encouraging results.