The story of Jang Ji-sung and his meeting in VR with his deceased daughter have gone around the world: Valentino Megale and Davide Sisto talk about it on Impactscool Magazine 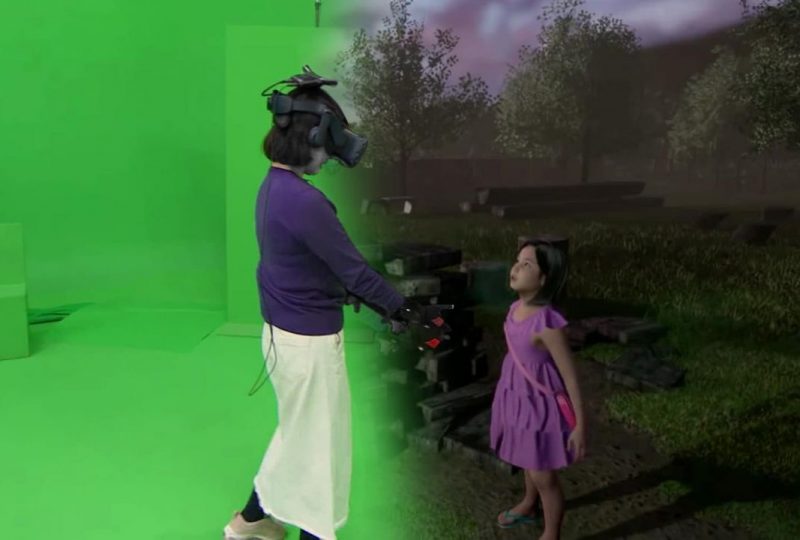 In 2020 a mother, thanks to virtual reality technology, can review and spend time with her 7-year-old daughter, who died a few months earlier. Recently, the story of Jang Ji-sung and his experience in VR has gone around the world, bouncing on online and post social magazines, bringing out as much amazement as, in many cases, a real refusal in front of such a delicate context . The project, it says, was carried out by the South Korean broadcaster MBC, who spent eight months of development to replicate the features and voice of the young Nayeon in VR. A real little girl was involved in motion capture sessions as a model for the movements, while the team then modeled an entire garden where mother and daughter often spent their time together. After completing the project, the woman was able to immerse herself in the virtual scenario, confronting a poignant experience seen, not only by her husband with her three daughters, but also by millions of other people thanks to the documentary that was drawn from it.

A project capable of uncovering a difficult area even to tell, even more if associated with a technology considered by many to be just fun mediums. Precisely because it is highly subject to misunderstandings, it is worth deepening the discussion to avoid that technical and approach defects can obscure both the importance of “updating” or enriching the interventions in support of the elaboration of mourning as well as the use of VR in this field.

What are the bases for using virtual reality to support mourning management and what critical issues to consider? The thoughts of Valentino Megale, CEO of Softcare Studios, PhD in neuropharmacology and engaged in the field of digital health and immersive technologies.

Mourning pain is a natural and necessary reaction. However, there are cases in which his intensity and duration end up impacting heavily on the person, preventing him from “starting over”, severely limiting the continuity of his life with concrete effects on social relationships and health. It is at that moment that mourning suffering acquires clinical significance and deserves adequate therapeutic support. There are numerous approaches followed to help the person to regain control of their own experience, many stressing the need for a conscious confrontation with memories and situations which, when avoided, turn into a real block. To explore the painful points and regain the meaning of these memories, the use of appropriate narratives and symbols capable of leveraging the deeper parts of the painful person comes into play. Storytelling and perception that, in addition to psychotherapy, also take us back to virtual reality, the medium of sensory storytelling par excellence.

Virtual reality for the treatment of trauma and phobias. VR has been used for years in the clinical setting for the treatment of anxiety, phobias and PTSD, that is, post-traumatic stress disorder. Precisely the latter often requires to pay attention and re-propose unprocessed memories of the trauma, such as having risked life or lived torture in the case of the veterans. The advantage of using VR consists in the possibility of simulating the memory scene without depending on the person’s imagination and, above all, of preventing the cognitive avoidance with which many patients shy away from painful memories. Similarly, re-proposing memories of the deceased person to the relative through VR allows them to deal with the most traumatic aspects of mourning, helping them to overcome them. 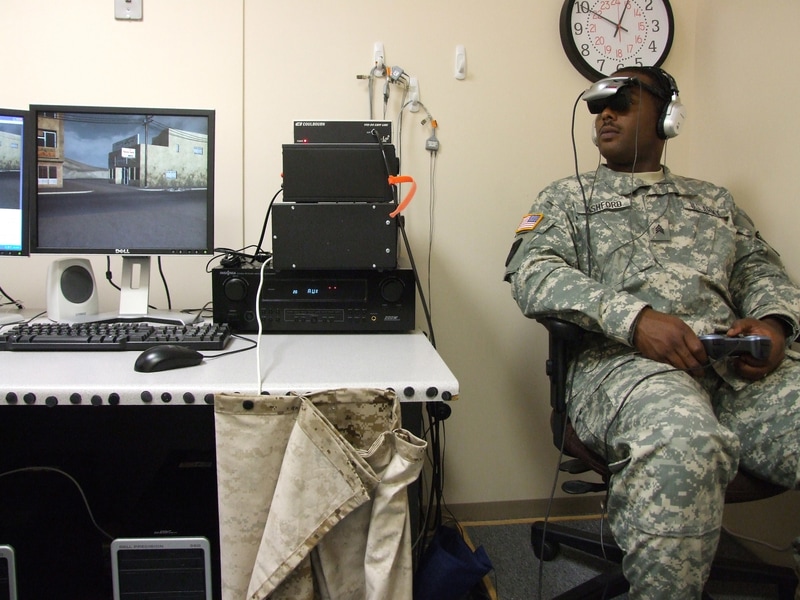 An important point that emerged from studies in the sector (which began almost 20 years ago) is that virtual reality memory must be simulated by focusing on the details that link it to the emotional meaning of the trauma and not by focusing on the purely physical realism of the setting. The ultimate goal is not realism nor the memory itself, but the correct use of symbols and narration to bring suffering into the open, according to sustainable methods and times for the elaboration of the trauma.

It clearly emerges that any effort by the developers to push the quality of the simulation to the maximum is likely to turn into a competition of digital muscles that has little to do with the delicacy and complexity necessary to explore (and cure) the patient’s mind.

Furthermore, even in the case of a necessary realistic simulation, due to the limitations of current technologies, a qualitative (even behavioral) discrepancy exists between simulation and real counterpart, a difference that due to the pain experienced can be incorporated uncritically in the memory of the deceased person, distorting his memory. Can we trivialize this detail? Is letting the memory of our individuality depend in part on the poetic license of a modeler or programmer, is it a meaningless aspect?

The importance of considering privacy and intimacy. Let’s not forget also about privacy. Regardless of whether someone collects data about us or not, digital technologies involve our emotional, cognitive, social universe. A simple app can leverage our weaknesses and frailties, explore personal spaces that should be probed proactively, not passively enjoying the content. This is even more true for VR, a cognitive medium capable of confronting our inner self more than others, passing through the (uncontrollable) door of sensory perception. In this perspective, a VR content for mourning should be designed taking into account the availability and awareness of the person to open up to this exploration. It is a matter of fine modulation of the experience, to be iteratively planned with the therapist and patient, making customization (clinically significant for the patient) its strong point.

Communication quality cannot be optional. A final aspect worth highlighting, very much in line (unfortunately) with the historical moment we are experiencing: the quality of communication. The reason why many perceived the experience lived by Jang Ji-sung as a punch in the stomach is also due to a sometimes sensationalistic narration, rarely able to go beyond the record of yet another “freak” application of virtual reality. Given the delicacy of the theme and considering that the VR solution could represent a serious opportunity for many people, diminishing its scope by trivializing its potential risks negatively impacting also on the many realities that undertake with rigor and professionalism to explore this therapeutic and technological frontier . Damage to both patients and specialists, in exchange for clicks and rarely constructive comments.

What are the philosophical, psychological and cultural consequences of using virtual reality to support mourning management? The reflections of Davide Sisto, philosopher and tanatologist expert in Digital Death, on which he has published two books: Death becomes social. Immortality, memory and mourning in the era of digital culture (2018) and Remember me. The digital revolution between memory and oblivion (2020), both for Bollati Boringhieri.

This experience, as regards the elaboration of mourning in relation to the interdisciplinary sector of Digital Death, presents both negative and positive aspects. It all depends on the clear awareness that the individual has, in this case the mother of the dead child, with respect to what she is actually doing. If, due to a not entirely elaborate mourning, the mother mistakes the virtual representation of the daughter for an authentic presence, the greatest risk is psychic and emotional dependence. The funeral rites, clearly establishing the place where the remains of the deceased will be kept forever, have the function of separating the time spent, then spent together with the dead, from the time that begins from the event of death, a time that obviously it no longer counts on the presence of the deceased. The healthy break produced by the funeral rite holds together the two contemporary movements of the gaze of the sorrowful: the backward movement towards the world completely ended, so as to become aware of the end that has taken place, and the forward movement towards the new world that is being born, in view of the reconfiguration of one’s identity starting from absence. 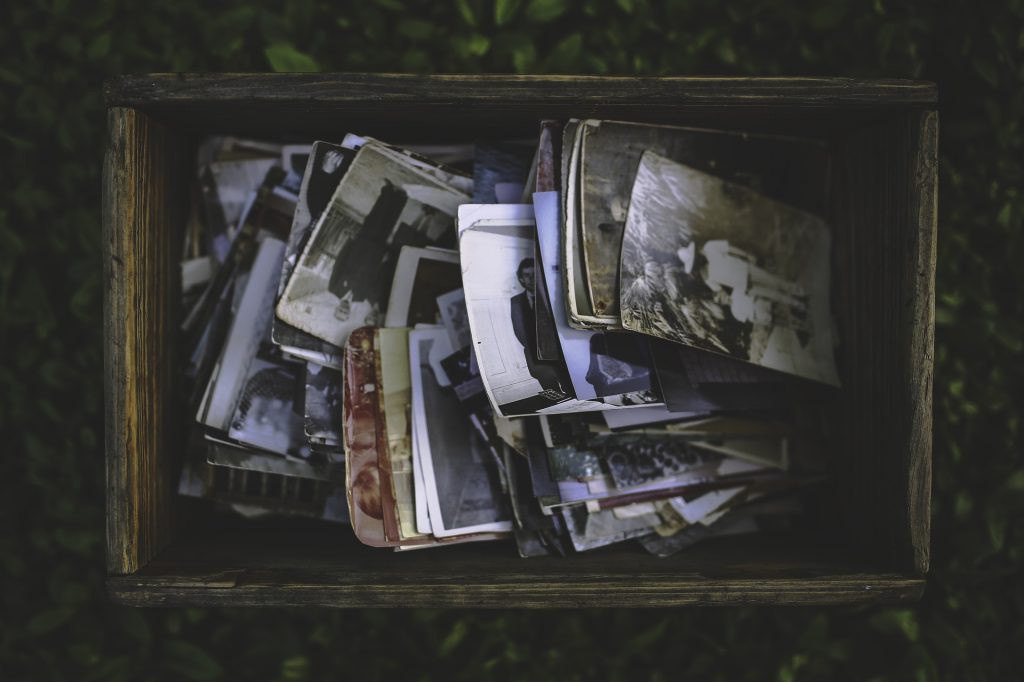 Digital innovation must not create new forms of addiction. The experiment in question can call into question the breakdown produced by the funeral rite, if the person who undergoes it tries at all costs to rebuild a relationship that death now makes impossible. In this case, the backward movement takes over and causes the past to cloud the present, locking the sore into a pathological state of nostalgia that tries to keep alive the one who can no longer be.

This type of criticality is typical of any situation inside Digital Death, since the recording of data in the online dimension involves an eternal overlap of the past on the present which, by emancipating the past from the control of the present, puts the individual in difficulty. This, in fact, trades the plan of the imaginative reconstruction, typical of the dialectic between memory and oblivion, with that of the objective representation, which keeps all that is finished alive, confusing the data flows with the archives.

However, if those who use the experiment have a clear and rational awareness of having the “virtual” representation of the dead before them, then the positive aspects prevail over the negative ones. First of all, immersion in can be understood as a beneficial break from the new reality built starting from absence. That is, the grieving person can simply use technological innovation to revive his memory of the deceased, so that his image does not disappear into oblivion.

A new dimension of memory. Since the dawn of time, human beings have been trying to use every technological innovation to maintain the image of the dead person, who is – by definition – the embodiment of the presence of an absent person (see Thomas Macho’s studies). Technology, in the case we are dealing with, modernizes only attitudes widely spread over the centuries. Secondly, in the same way as other technological innovations such as the use of holograms and digital spectra in social media (see Luka, Eter9, Eterni.me, etc.), the representation of the deceased daughter within a context invented serves to make the memory dimension more profitable. The mother, as she grows older, will not be able to forget the movements, the look, the smile of her daughter and will be able to make her “known” to those relatives and to those people who have not had the opportunity to meet her when she was alive (by the way, I remember excellent film Marjorie Prime, unfortunately not arrived in Italian cinemas, which clearly highlights the beneficial use of holograms for those who suffer the loss or have Alzheimer’s disease). 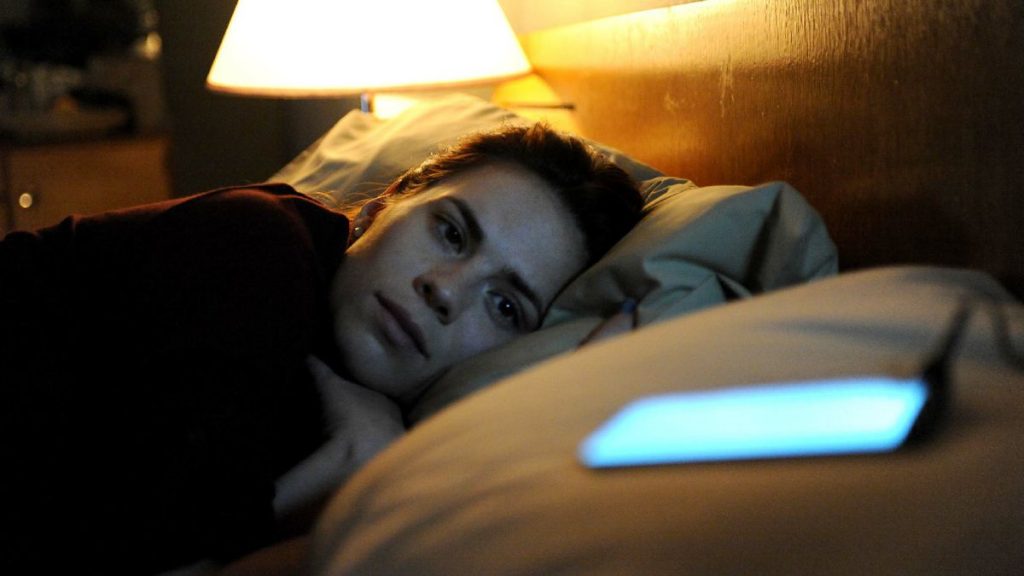 Ultimately, from the point of view of Digital Death, what matters most is the awareness and rationality of those who take advantage of similar technological innovations, which is why their use should be supported by psychologists and by those who can advise or advise against experience to those who suffered the loss.