Robotics in Italy, present and prospects

Robot installations in Italy are on the increase. What is behind this data? We asked it to the professor Paolo Fiorini, with whom we talked about the present and the future of the sector 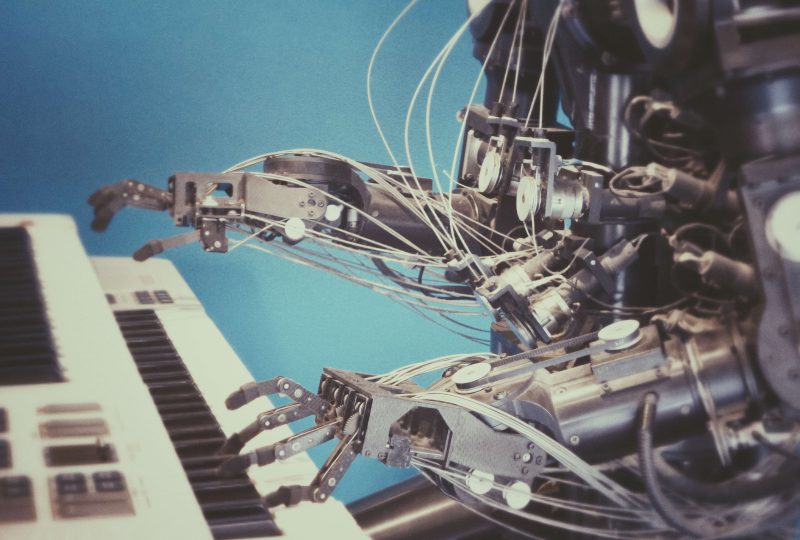 Italy seems to believe a lot in robotics. To say it is the preliminary data of the International Robotics Federation, IFR, which have highlighted a decisive increase in the investments of the Italian companies in this sector. In 2017, in fact, robots in Italy have increased by over one thousand units, reaching about 8,000 units. The 19% higher than Japan’s growth, double compared to Germany and even three times that of the United States. Data that brought Italy to the eighth place in the world in terms of total installations, in a ranking dominated by China, a real superpower of the sector. What do these data tell us? We talked about this with Paolo Fiorini, professor of Robotics in the Department of Computer Science at the University of Verona, with whom we analysed the current situation and tried to outline future scenarios and their economic, but above all, social implications.

Professor Fiorini, IFR data tell us that in Italy the robotics sector is growing rapidly. What does this mean and what are the consequences?

In reality, we must immediately state that these data are a bit “doped” because in the last period the companies have had big incentives for the renewal of the machine fleet. This led to two consequences, one positive and one negative. On the one hand, these new machines improve production, in terms of quantity but also of precision. On the other hand, however, in Italy there is no staff capable of managing all these machines because of structural deficiencies of the university world and of education in general. There are no engineers and computer professionals and many projects born to promote training in these areas have failed: just think of the post-diploma advanced specialization courses born a few years ago and addressed to students leaving the technical institutes, who have few members much to risk closing in many cities.

You mentioned the subject of the world of work. The fear of many is that some works are at risk. What do you think?

I believe that work is a very important topic. Let us start with a number: the hourly cost of a robot used in production is 4 euros per hour. There are no comparisons to the hourly cost of a worker in industrialized countries and is a figure very similar to that of workers in developing countries. Considering only the economic return, therefore, the robots are more advantageous and could replace people in flesh and blood. Obviously, we must understand for what types of work and here we should open a very long parenthesis.
What I would like to emphasize, instead, is the need to “educate” the business class: you cannot think of a machine-person replacement without worrying about the consequences and about the evolution of the companies in the next 5-10 years. What the company earns would turn into a social cost because there will be people without jobs and who need to be retrained. I am struggling to try to encourage the collaboration between people and robots, it causes a slightly higher cost for the company but a great benefit in terms of quality and efficiency and an important social function. The machines are not as a substitute but an aid.
Finally, an element not to be overlooked, robots could bring young people closer to professions that they no longer want to do today.

I bring a concrete example. There is a company from Venice, with high-level artisans, who cannot find young apprentices to replace those close to retirement. They are therefore trying to include automatic machines in the production process, to use it alongside the workers. The robot, in this case, helps to preserve work and skills that otherwise would risk disappearing. This partial “handover”, however, could make this activity much more attractive for young people too: they can study informatics to be able to use robots. Skills that, in the future, could also spend on other jobs. Therefore, if you could push for the collaboration between machines and people there would be multiple advantages.

One of the areas in which the robot-people interaction is profitable is that of robotic surgery. A model that works, then.

That in the surgical field is a very particular type of robotics, it is not related to production and is aimed at specific and competent users. Until today it has always been presented as an aid to the doctor: we can consider it a “mechanized scalpel” that costs a few million euros more than the traditional one. The advantage is that the medical profession, in general, is well disposed towards these machines, because it allows lightening the workloads and, at the same time, offering a service of quality and precision. As far as the prospects of the sector are concerned, much will depend on the lowering of the costs of the machines: today it is a niche sector and the robotic surgery interventions are only the 0.5% of the total interventions done in the world. Soon, however, new machines will arrive in the market, we hope that greater competition will also lead to lower costs.

Robotics must also be able to speak with other technologies. In the case of BBZ, a spinoff of the University of Verona, the link is between robotics and virtual reality.

The spinoff of the computer science department faces an upstream problem, namely that of training: expert surgeons, particularly inclined to technology, mainly use the surgical robots. We have created a training system for the doctors: this allows high-level training and allows surgeons to tackle the most prepared intervention.

How do you see the future of robotics, in the next 30 years?

I think that the development of robotics will go in two distinct directions: on the one hand, the mass robotics for production systems, with machines able “only” to perform repetitive and mechanical jobs, with tasks ranging from the use in the factory to the collection and data processing. On the other hand, there is the professional sector, which will have lower numbers, but the performance of the machines will be higher: the surgery is part of this sphere, as well as assistance, rehabilitation, inspection and control and so on. In addition, the evolution of drones can be included in this area, for better or for worse.
The real key to the development of this specific sector will be the autonomy of these machines: we will use artificial intelligence and learning above all in this context.