Science and technology continually place us in front of ethical dilemmas, but what arises from yesterday's news on the cloning of two primates, two macaques, is dividing public opinion. 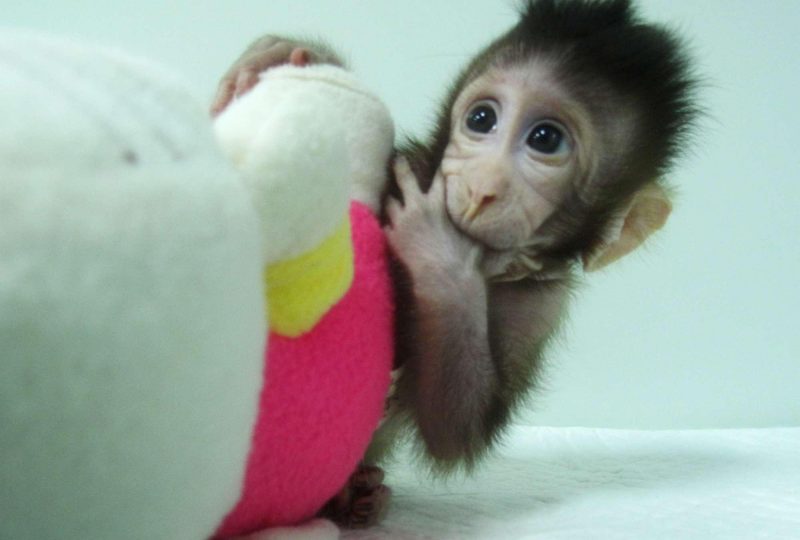 Biomedical and biological research on non-human primates can obtain great advantages from the study of the creation, by cloning, of primates that are uniform with respect to donors.

A research group from the Chinese Academy of Sciences Institute of Neuroscience in Shanghai announced yesterday that the world had successfully cloned two macaques, using the same technique used for the cloning of the Dolly sheep, albeit from a cell that was not really adult as it was happened with the most famous sheep of our time.

Cloning is not new: this infographic of Futurism summarizes the history of cloning since the frog, the very first animal successfully cloned in 1958.

Although this technique was studied for some time, it was Dolly, the first cloned sheep in 1996, to attract more attention than all others: it was in fact the first successfully cloned mammal, became a mother of 6 lambs during his 7 years of life, before dying from an illness.

Now, the news of the cloning of a primate cannot but draw attention: it is in fact the animal that we consider closer to us and inevitably announces the possibility of cloning a human being.

The questions that arise from this possibility are many. It is true, in fact, that studies that go in this direction can facilitate great advances in our knowledge of biological processes and, therefore, also in medicine and, consequently, in an improvement of health; but, one of the things often underlined by ethics applied to technology and science is that the fact that something can be done does not necessarily imply having to do it.

But what are the questions that arise? Where should we start from to take a position?

The main point to clarify is who we are as human beings, what defines the person and his rights. Without a clear definition of these terms we cannot answer questions about what we can or cannot do.

Do we have the right to create new living beings?

How far can we go further in manipulating nature without knowing its consequences?

And, once we decide to clone a human being, the donor and the “copy” which rights would have? In a today’s interview in the newspaper Corriere della Sera (in the paper version), Cardinal Elio Sgreccia, an expert on bioethics for the Vatican, emphasizes that the Church would certainly be against and he talks about pieces of meat and not men, talks about creating monkeys and not of human beings. But are we sure we can deny the definition of a person and the rights that derive from a possible human being born with this technique?

Could we ever think of creating human beings in the laboratory for the sole purpose of experimenting on subjects with the exact same DNA, as we would like to do on animals?

What consequences can we foresee on the evolution of the genetic heritage of the cloned subjects and their children?