Two weeks after the birth of the first children with modified DNA, no one has heard again from the geneticist He Jiankui 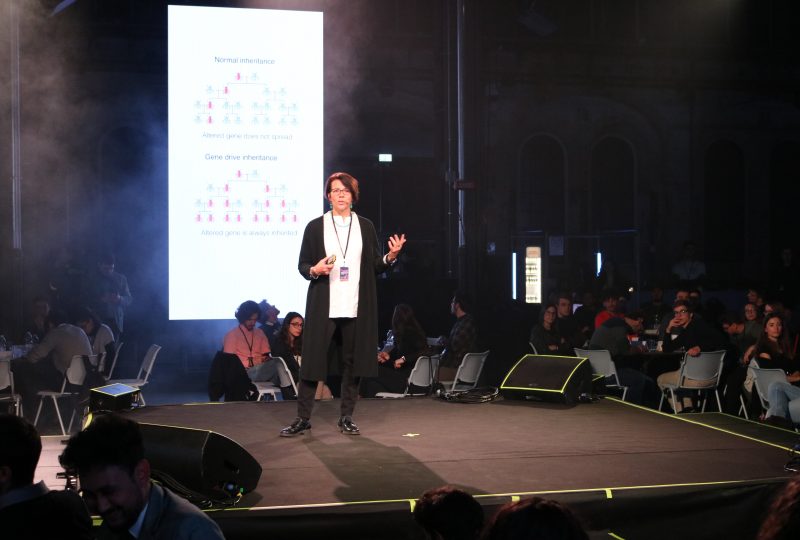 The scientific doubts have disappeared with the passing of the days, while the ethical problems still remain evident. More than two weeks after the announcement of the research by the Chinese geneticist He Jiankui, we continue to talk about the study that led to the birth of the first girls with modified DNA. Some journalistic sources claim that they would have lost track of the researcher, perhaps stopped by the Chinese authorities who, after the announcement of the study, had pointed out how the genetic experiment was considered illegal by the Beijing government.

The intervention of He Jiankui at the international conference on genetic editing in Hong Kong, in which the geneticist had provided new details on the study, had on one hand confirmed the realization of the experiment and on the other added new worrying details, including the ‘announcement of the existence of another pregnancy in progress that will bring to life a third child with modified DNA.

After deepening the ethical implications of the study with Paolo Benanti, during Visionary Days we spoke with Anna Cereseto, biologist, researcher and manager of the molecular virology laboratory of the Center of Integrated Biology of the University of Trento who is currently working on the genome editing and on CRISPR-Cas9.

“The scientific bases are valid. – Professor Cereseto told us – What He Jiankui possibly did, using the conditional is a must because we have no scientific data, it is a deletion of a gene that leads to resistance from HIV infection. It is a mutation that exists in nature, because there is a small percentage of people, 1% of the Caucasian population, which is born with this resistance to the virus. So, from the scientific point of view I can say that what the Chinese geneticist did is possible”.

The possibility of intervention on embryos is also confirmed by the scientific literature, while the effects on development remain difficult to imagine. “From the technical point of view of genome editing, – continued Cereseto – there are studies that show that the embryo can be changed. What we have to do now is to wait, to see what impact this change has on the embryo and its development. This, however, had to be done before children were born. We are inducing a modification that is expected in nature and is therefore compatible with the physiology, but we do not know the consequences of the action of the Crispr-Cas9 protein at the level of embryonic development”.

The modification will be carried out following the rules of genetics: from this point of view the problem that arises is not scientific, but purely ethical. “From an ethical point of view – she explained – we cannot think of giving birth to children resistant to HIV infection. In this case we cannot talk about prevention, also because we do not even know if these children will come into contact with the virus in the future. It is a superfluous intervention. It is becoming almost a pretext to show how man is “strong”, a God.

A study conducted by He Jiankui, which could compromise the work of many researchers working with Crispr-Cas9, a technology with enormous potential and which people should not be afraid of. “Interventions like this – Cereseto concluded – are harmful to the research itself, because acting so inconsiderately, without respecting the guidelines, arouses fear: it is an interesting and promising technology but we must avoid the adverse reactions”.