We interviewed Francesco Tamagnini, assistant professor at the University of Reading, and we talked about the future of Alzheimer’s Disease research. 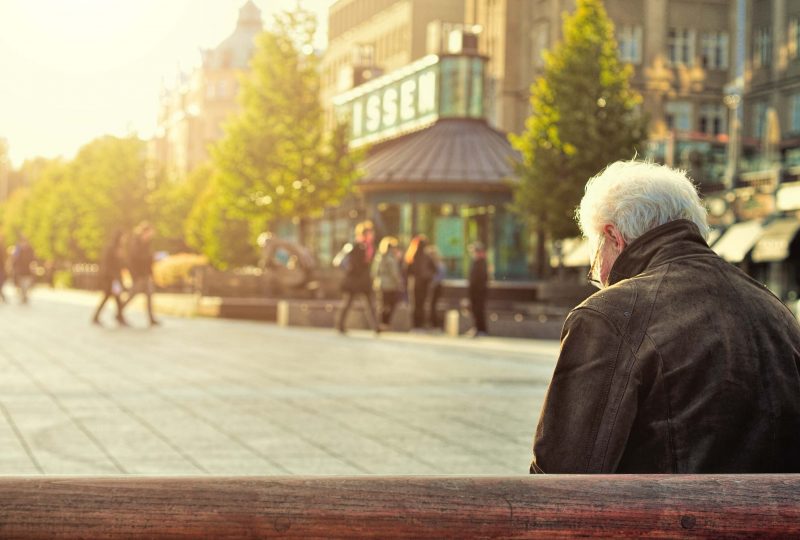 In 2050 there will be over 131 million people in the world affected by Alzheimer’s disease, if the current trend will remain unchanged. A pathology for which, to date, there is no cure, and which is going to have an even greater impact on healthcare systems worldwide. We still know very little about this disease, described for the first time at the beginning of the 20th century by the German neuropathologist Alois Alzheimer; the efforts of the scientific community in recent years have not brought the desired results, despite many newspaper headlines often boasting about non-existent newly developed therapies, generating false expectations in patients and their families.

To know more about this pathology and get a better idea on where research currently stands, we interviewed Francesco Tamagnini, graduated in Pharmaceutical Biotechnology and PhD in Neurophysiology, from 2017 assistant professor in Pharmacology at the University of Reading – Reading School of Pharmacy.

His research focuses on the cellular and neuronal correlates of higher cognitive functions: it deals with studying what happens in the brain when we think and the cellular mechanisms of memory and learning. During his doctorate he focused on the functioning of visual recognition, switching, over the years, to the investigation of these and related mechanisms in a system resembling some of the characteristics observed in the brain of people with Alzheimer’s disease. A three years Junior Fellowship provided by the Alzheimer’s Society allowed him to consolidate his research path. In the last two years, his work has been enriched by a collaboration in the clinical field, aimed at validating electroencephalography, the application of electrodes above the head to record the brain’s electrical activity, as an early diagnostic system for Alzheimer’s disease and other forms of dementia.

What is the advantage of this diagnostic technique?

It is cheap, non-invasive and it uses machines already available in hospital facilities. The goal of the project, realized in collaboration with the University of the Republic of San Marino, where I was born and grew up, the Social Security Institute – RSM, the University of Exeter and the Technical University of Monaco, is to develop a method to predict the onset of dementia in people who show the first symptoms of cognitive impairment. Our priority is to screen the population, identifying the categories at risk: later, more expensive and, possibly, more accurate systems, such as PET-amyloid, will be able to validate the diagnosis. Furthermore, to test and develop new approaches it is necessary to identify patients in the early stages of the disease. Early diagnosis would allow the health care system and legislators to predict the impact of the disease from now to 10-20 years; this may lead to improved quality of life for people with Alzheimer’s disease and their cares. Finally, an early diagnosis and a greater stratification of the population, presumably, would allow new treatments to be more effective.

About this, let’s take a step back: what is the status of Alzheimer’s research?

Neuroscience is a young discipline, research on Alzheimer’s Disease is even more recent. The disease was identified in 1912 but since then it has never been an intensively investigated pathology. At least until relatively recent times when, with the increase in average life-span, the number of Alzheimer’s cases have also increased. Scientific progress in the treatment of other diseases, such as cancer and cardiovascular disorders, the aging of the population and the increase in life expectancy are leading to an increase in people suffering from this disease. For these reasons, we started to study Alzheimer’s disease more intensively only in the last 20-25 years. And that’s not a lot, especially for a progressive disorder. To study the effectiveness of a drug, we need long and expensive studies that do not allow faster output than what is already being done. In my opinion, a major limitation is that of not having a preclinical model of sporadic dementia.

Can you expand on this?

There are two types of Alzheimer’s, one of which is a very rare genetic family form; However, most cases are sporadic, and we do not know what their cause is. We know risk factors, both genetic and environmental, which increase the probability of contracting the disease, but we do not know what the underlying physiological or pathological mechanism is. Consequently, we can’t currently count on a reductionist, preclinical model of the sporadic form of the disease, which would facilitate the screening of newly developed drug lead libraries. For this reason, presumably we are working with preclinical models of familial Alzheimer’s without obtaining the desired clinical results. In this perspective, it may be useful to have an early diagnostic tool for patients with sporadic Alzheimer’s disease, to better understand the nature of this pathology: we could discover that, as with some types of cancer, there is not a single Alzheimer’s disease but that there are, actually, many forms. This is the stratification I referred to above.

Should we therefore talk about Alzheimer’s diseases?

Perhaps the disease is stratified into subcategories and if we do not identify them we may not be able to evaluate the real effectiveness of a drug, which can work for one “type” of Alzheimer’s and not for the other.

So, will the future be in personalized medicine?

Personalized medicine is the extension of the idea of stratification of the disease I mentioned earlier. Take, for example, breast cancer: if you look at the mutations that cause it, you realize that it is not a single disease. We then proceeded to stratify by categories, which allow us to develop a therapeutic approach based on that specific category. Going through the stratification one could, at least theoretically, arrive at personalized medicine. For Alzheimer’s we are still at an early stage. Now, however, the classification of Alzheimer’s disease is being reviewed and this could bring important benefits.

What role does the study of DNA play in Alzheimer’s research?

The first genome-wide association studies, i.e. those aimed at identifying genetic variations associated with the risk of contracting the disease, led to a clear identification of where, in the genome, the factors determining a greater risk of contracting sporadic Alzheimer’s are located, but we continue to ignore the mechanisms that bring these (genetic) causes to clinical outcomes. In my opinion, we must abandon linear causative models (for example: bacteria – infection – pneumonia) and begin to consider these diseases differently: study the pathological and physiological mechanisms that link that fragment of genome or that environmental factor to Alzheimer’s disease in the same way climatologists use, for example, temperature and humidity to predict storms. To take advantage of the opportunities offered by DNA we should have a preclinical model of sporadic dementia, which we do not currently have.