Rebrikov, the Russian scientist who wants to modify the genome of human embryos to cure deafness

Unlike the Chinese geneticist He Jiankui, Denis Rebrikov seems to want to respect all the decisions of the scientific community and adhere to the principles of ethical commissions 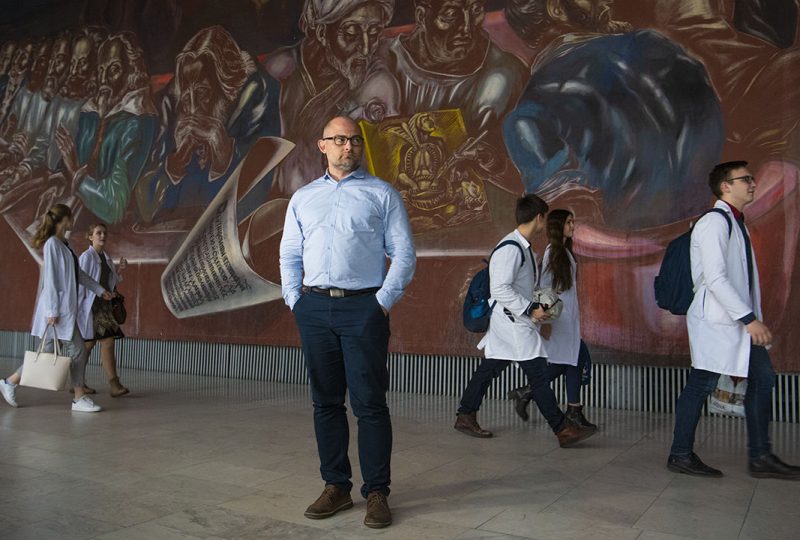 Can ethical issues hold back scientific progress? A few months after the case of He Jiankui another scientist seems to want to enter the delicate world of genetic editing of human embryos. This time, however, the approach could be different: Denis Rebrikov is a Russian molecular biologist who wants to treat a particular form of congenital deafness by modifying DNA. However, unlike the Chinese geneticist who modified the DNA of two girls in defiance of the ethical principles of the scientific community and international bans, he wants to respect every ethical and legal decision. Five couples with a mutation that could lead their offspring to deafness have already declared themselves available for treatment.

Eggs, not embryos. The story of He Jiankiu and the Chinese twins whose DNA was modified when they were still embryos is now known and constitutes an important precedent in the history of biotechnology applied to man. Rebrikov’s work, on the other hand, seems to follow more moderate lines. His activity, at the moment, has focused on the study of unfertilized human eggs – therefore not embryos – of a hearing woman to better understand the genetic mechanisms that come into play.

All stopped without authorization. Rebrikov clarified in a letter to Nature that he does not intend to initiate any treatment without the pass of the competent authorities but hopes that the opinion of the experts and the laws in force will be changed. Meanwhile, his work has been done on eggs, but they will not be able to leave the laboratory or be used for assisted fertilization. His efforts are focusing on trying to find potential unintended consequences on the rest of the genome when (and if) that the change operations performed with the CRISPR technique will be carried out. In fact, off-target mutations are feared, which is non-voluntary genome modifications caused by the genetic editing process.

Despite the lack of research and the wide ethical and medical concerns of these therapies, today it seems that five Russian couples have offered to test effectiveness, allowing Rebrikov to intervene on the GJB2 gene related to deafness, and thus obtain modified embryos. Will the entry into play of these couples lead to a paradigm shift by the authorities and ethical commissions?