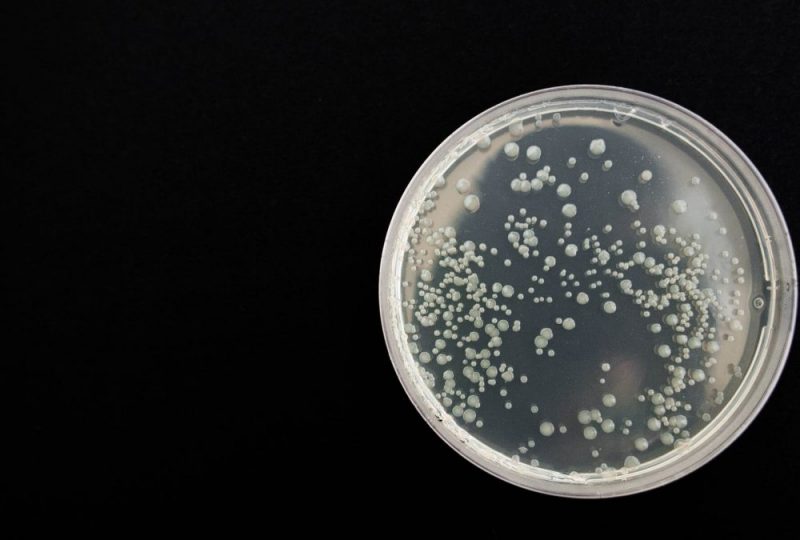 Despite the undeniable progress we made in the medical field, the last decades saw a comeback of serious, scary diseases: the fault is of superbugs, pathogenic bacteria that are difficult to eradicate with normal pharmacological treatments.

Louis Pasteur, Robert Koch, Vincenzo Tiberio, Alexander Fleming: these are just few of the names of scientists and scholars who, since the second half of the 19th century, have launched us into the era of modern medicine. Thanks to the discovery of Penicillin, in 1929, a cure for diseases such as pneumonia, typhoid fever and tuberculosis was finally found, and that made easier the reassuring and wonderful process called healing.

After more than a century, these diseases are starting to worry, when not to kill, people once again, so much that United Nations are talking about a real health emergency related to antibiotic resistance of the so-called superbugs.

The aforementioned diseases are caused by bacteria, unicellular microorganisms, common in every environment of the planet. Bacteria, however, are not always harmful: many of them, in fact, are vital for our wellbeing and for the ecosystem. Two examples are the bacteria of the intestinal flora and the ones that are responsible for the decomposition and recycling of organic waste. However, some bacteria can cause diseases and are therefore called “pathogens“.

Nowadays, the only defense weapons we have against bacteria are drugs and, specifically, antibiotics. There are many antibiotics because there are many types of bacteria, and the same type of drug is not adequate to fight all types of microorganisms. The diversity of bacteria requires a diversity of drug therapies, that must take into account various factors, such as the type of disease, the age and the state of health of the patient.

However, over the years, the pharmacological weapons in our possession have lost their effectiveness and, at the same time, the efforts of the pharmaceutical companies have decreased. Since the 90’s, Big Pharma, the big multinational drug companies, once leader in this field, have almost completely stopped the research on antibacterial drugs, considering that the profit expectations were found to be unattractive compared to actual costs and research times. As a result, we continue to treat ourselves with drugs discovered in the last century, while nature follows its evolutionary path, as well as bacteria do.

In Europe, according to EFSA, the European Food Safety Authority, and the ECDC, the European Center for Disease Prevention and Control, over 25,000 people die every year from antibiotic resistant bacteria. In the United States at least 2 million diseases and 23,000 deaths every year are due to antibiotic resistance, the CDC, the Centers for Disease Control and Prevention said.

But a much more frightening scenario is likely to arise: within few years drug resistance to the so-called superbugs will be a real global health emergency. According to the Report on Antimicrobial Resistance, commissioned by the British government, in 2050 10 million people will die every year due to infections, and bacteria will kill one person every 3 seconds.

In other words, it will be easier to die for a postoperative infection than for the complications of a delicate surgery, or for the sides effects of cancer treatments or the cancer itself. Therefore, urgent research and investment policies are necessary to create new, efficient drugs and to make them available as soon as possible, but it is also crucial to develop a global social awareness and conscience.

How did we get here? Why? And what can we do to prevent a new pandemic?

All living organisms evolve naturally, triggering biological mechanisms that guarantee their survival over time. Bacteria do nothing but protect themselves from our attacks, striving to defend themselves just as we try to kill them.

However, although evolution is a natural process, if drug resistance has reached uncontrolled levels it is partly our fault: in recent decades, in fact, antibiotics have been prescribed and used disproportionately and sometimes incorrectly, allowing bacteria to promote the survival of its strongest and most resistant strains.

The disproportionate and constant use of drugs determines a sort of selective pressure that enables only the bacteria that possess a resistance gene to survive and reproduce, giving birth to a progeny that can quickly become dominant over the entire bacterial population.

In time, even the weakest bacteria acquire the ability to live in the hostile environment created by antibiotics. This acquired resistance implies genetic mutations that make the drug no longer suitable because it no longer has a target of reference. It’s like to try to enter through a door whose lock has been changed to prevent thieves from breaking in.

Unfortunately, there is a great misinformation about this type of drugs. A significant part of the population, for example, does not know that antibiotics are not able to treat viral infections. A study conducted in 2012 by the World Health Organization found that one in three Americans is convinced that the cold can be cured with antibiotics. Actually, these drugs only treat infections of bacterial origin, so they are completely ineffective in case of fever or cold (which have mostly viral origin). In fact, although bacteria and viruses have some common characteristics, such as transmissibility from one individual to another, and can sometimes induce similar pathologies, they are very different microorganisms, both morphologically and in the way of generating a disease, and therefore they require different types of drugs.

The inappropriate use of antibiotics weakens the body, especially in the case of the so-called “broad spectrum antibiotics”, which are the ones most frequently prescribed by primary care physicians, because drugs do not differentiate between pathogenic and non-pathogenic bacteria, ending up in seriously damaging the human microbiota.

This over prescription, along with an excessive use of antibiotics in intensive livestock farming, where their level is three times higher compared to the one used in human consumption, has caused an increasing resistance to antibiotics in humans and a proliferation of bacteria impossible to eradicate with the drugs currently available.

Italy, unfortunately, comes last in the ranking of bad habits in the use of antibiotics: in this country dangerous strains were found, such as Klebsiella pneumoniae, resistant to antibiotics of the third generation cephalosporin class and to the carbapenems, responsible for only 2000 cases of bacteremia per year and classified by the World Organization of health among critical bacteria at very high priority for the development of new drugs.

What to do, then, to escape this apocalyptic scenario?

United Nations said that antibiotic resistance, i.e. the excessive use of antibiotics that compromises their effectiveness in treating diseases, is undermining the efficacy of some modern medicine’s pillars, including penicillin itself, and stated they are ready to sign a  declaration with new guidelines on the use and sale of these drugs.

In the meantime, recommendations are rather logical and simple: first, physicians should prescribe far less antibiotics, limiting their use to cases where they are strictly necessary. Secondly, social responsibility and awareness of the risks of an inappropriate use of these drugs need to be improved. For example, hospital infections could be easily prevented by applying the basic principle for proper hygiene: washing hands, a simple and sadly neglected habit.

Maria Pia Catalani has a degree in Pharmaceutical Chemistry and Technologies and in Pharmaceutical Quality Control. She loves music, a passion that also cultivates writing in two online magazines, and to travel (better if with a backpack).

Forget the stereotype of the scientist in a white coat,...

Despite the undeniable progress we made in the medical field,...