Implementing the use of AI in research can save us time and money while creating new drugs. 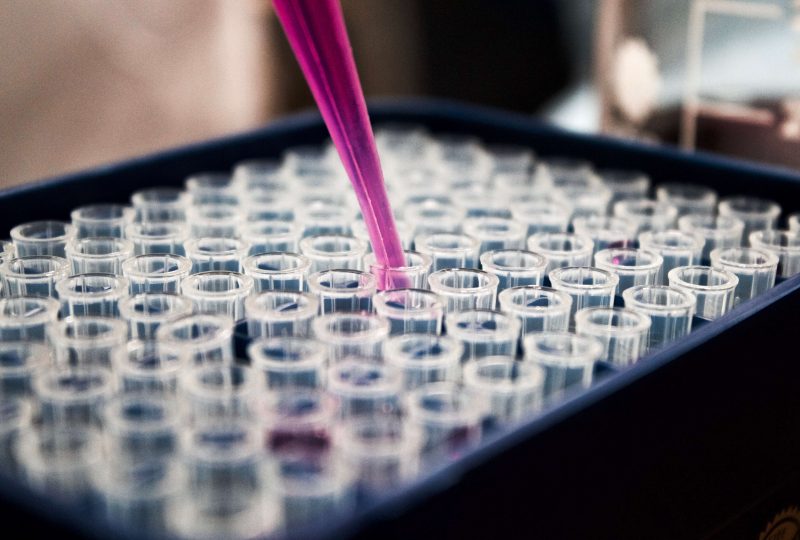 Forget the stereotype of the scientist in a white coat, locked in his laboratory maneuvering tubes and tools of the trade. The technological evolution we are witnessing today can not avoid involving the research world, with the aim of making improvements in terms of efficiency, timing and, last but not least, of costs.

This image of a researcher might one day become a faded memory and, to replace the scientist in a white coat, there could be machines maneuvered remotely, perhaps comfortably from the sofa at home or, why not, a robot able to operate independently.

Consider, for example, pharmaceutical research: from the idea of a potential drug to its marketing there are about ten to fifteen years: this is because there are a series of mandatory steps, experiments, laws and regulations that are intended not only to try the effectiveness of the drug but also to protect the safety of those who will have to take it, avoiding, or possibly reducing to zero, potential side effects. Unfortunately, the path is not only long and expensive but is dotted with frequent defeats that make vain efforts and investments made. It is here that, even in the pharmaceutical field, the much-discussed Artificial Intelligence comes into play, entrusted with the task of speeding up the process and marginalizing the failures.

To understand how Artificial Intelligence can help the entire R&D process of a drug, we need to go a bit more in detail and understand what steps an idea must go through before it materializes into medication on the counter of a pharmacy.

How drugs are born. Once the pathology to be treated has been identified and the therapeutic target that is supposed to be involved (DNA, enzyme, protein, etc.) and on which the potential drug can be addressed, preclinical experimentation begins, i.e. the so-called “in vitro” studies (in test tubes) able to understand the characteristics of the substance that could one day become a drug. If the feedback is positive then the study can proceed to a more in-depth stage, the “in vivo” experimentation, in order to verify the therapeutic effects of the molecule. If the research is successful and the drug is considered effective in vivo and not potentially toxic, we proceed to clinical trials, i.e. on humans. This involves three further phases: phase 1, which serves to provide an initial assessment of the safety and tolerability of the drug on healthy volunteers, phase 2 in which the therapeutic benefit of the test substance is investigated in depth, phase 3 in which the drug is compared to a placebo and, if it demonstrates the therapeutic efficacy to improve the quality of life, it can be put on the market. The whole process has a cost that is around 2 billion dollars but far more is the number of data that are generated during all this long, complicated and tortuous path.

Artificial intelligence and machine learning. Wanting to improve and speed up this decade-long process, trying to ensure as much as possible to achieve the goal and get a drug on the market, there are therefore more fronts on which to intervene using the help of artificial intelligence and machine learning, to the point that numerous hyperspecialized startups were created, with the aim of optimizing specific steps in the research and development process.

Simon Smith, BenchSci‘s Chief Growth Officer (a startup that has developed an artificial intelligence platform capable of extracting relevant information for antibody-related experiments, starting with a public data set) has cataloged all the startups and companies that use artificial intelligence algorithms for drug discovery or development.

From this analysis emerged the presence of 106 active startups, at various levels, in the field of artificial intelligence serving the production of medicines. Companies are increasingly relying on platforms such as Watson, the system developed by IBM that seeks to respond to all the needs of the research process, and instead favor those companies able to provide specific tools made for a specific task.

The services offered by these startups to pharmaceutical companies range from the aggregation and synthesis of basic information for the generation of new “candidate” drugs to the optimization and execution of clinical trials. Artificial intelligence is, therefore, a versatile player in the research and development process.

In fact, the main activities in the very early stages of research concern the ability to put together the large amount of data that companies have collected in their databases, in order to increase the opportunities for discovery, identify the most promising targets and reach the end of the preclinical phase with a greater number of successful molecules. In the development phase, however, artificial intelligence could facilitate the reduction of costs and failures, for example through the optimization of protocols (planning and execution of clinical trials, patient recruitment, publication of the generated data).

Of course, there is no shortage of perplexities but there are many supporters of these technologies: like Alex Zhavoronkov, CEO of the American startup Insilico Medicine, according to which “in the coming years, using appropriate methods of deep learning, we will be able to reduce 80-85 % costs for the discovery of new drugs, and shortening the research and development process from 10-15 years to 2-3”.

Why not try? In the September 2017 issue of Nature magazine, an interesting anecdote is told, featuring experts from chemists, employees of the pharmaceutical company Sunovion. This group of researchers based in Marlborough, Massachusetts, is asked to identify, starting from a grid of hundreds of compounds, the best potential drugs having at their disposal: their knowledge, the chemical structures of the molecules and some biological data. Of the 11 total challengers, ten managed to get the result after many hours of work, while one succeeded in a few milliseconds. Only at the end of the experiment was it revealed that the latter was an artificial intelligence algorithm developed by Willem Van Hoom, head of the chemo-computing division of Exscientia, an American startup that uses artificial intelligence to design drugs. Subsequently, Exsciencia and Sunovion continued to work together with the aim of discovering new drugs in the psychiatric field.
However, despite the success shown by this experiment, many pharmaceutical chemists remain skeptical and restrain enthusiasm, perhaps convinced that the complexity of chemistry can not be reduced to simple lines of code or more simply because the lack of knowledge on the subject discourages the ‘use. In addition, Nature itself, instead demonstrating the interest of the scientific community towards AI, has announced the launch in 2019 of a new online journal aimed exclusively at the findings in the medical field supported by artificial intelligence.

In conclusion, as far as the pharmaceutical field is concerned, we must expect, therefore, that artificial intelligence and machine learning will increasingly be used especially in the early stages of research and development of the drug in order to quickly reach the clinical stage, with an increase of the pipeline and a reduction of potential bankruptcies. Having said that, however, it is difficult for artificial intelligence to replace the scientist in all his activities: man and machine will have to collaborate. So, between a researcher who will not be able to use artificial intelligence and one who, instead, will use it as a tool to improve his work, in the end, only the latter will manage to survive.

Beware, young researchers, the advice is to keep up with the times!

Maria Pia Catalani has a degree in Pharmaceutical Chemistry and Technologies and in Pharmaceutical Quality Control. She loves music, a passion that also cultivates writing in two online magazines, and to travel (better if with a backpack).

Forget the stereotype of the scientist in a white coat,...

Despite the undeniable progress we made in the medical field,...