SpaceX: the race towards space continues 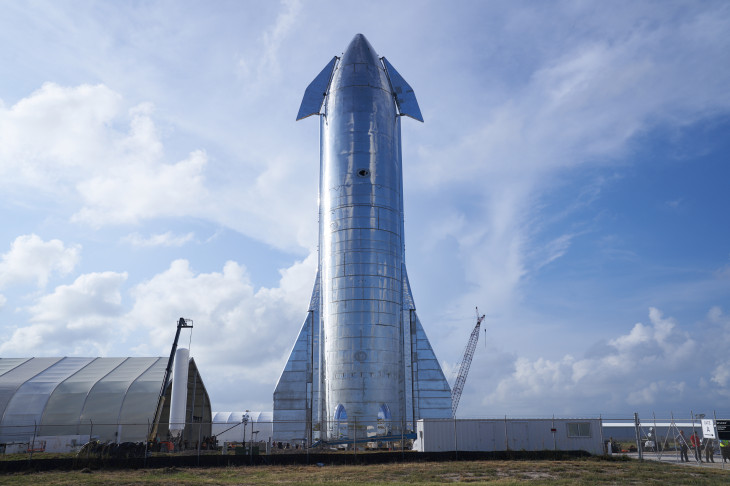 In September 2017 Elon Musk, during the International Astronautical Congress, presented the design for a new concept rocket capable of shaking the foundations of space exploration. It was the starship, then known as BFR, the gigantic spaceship of which a prototype for the first orbital tests is currently under construction. Since then the history of this vehicle, which in 2023 should bring the Japanese billionaire Yusaku Maezawa around the moon together with a group of artists selected by him, has been a succession of daring leaps forward and dramatic unexpected events. Let’s find out the latest news and the next goals of a space program as crazy as ambitious.

RUD. One of the worst events that could happen during the launch of any spacecraft is what Elon Musk likes to call RUD, or Rapid Unscheduled Disassembly, in short, an explosion. Events of this type have occurred in the history of SpaceX which have led to important delays but also to the acquisition of fundamental knowledge on the limits of the Falcon family rockets. In the case of the Starship, one of these events occurred in November of last year when one of the prototypes, during a test, partially exploded.

Following the explosion, construction was stopped in one of the two sites where these rockets are assembled to try to understand what had gone wrong.

From the Hopper to the Bopper. Before the construction of these prototypes, called Mk.1, a small great success was that of the various flights of increasing altitude of the Starhopper, a basic prototype used to test the engines and flight systems. His success was followed by the failure we talked about above, and, in an alternation of successes and mistakes, the time has come for the Bopper. It is a simple metal tank, the heart of future Starships, where the structural limits of these components are tested. The lesson of the November accident has been learned: the Bopper is a way to avoid having to lose an entire vehicle to test a part of it, and a test has already been carried out which confirmed that this is the correct direction.

#DearMoon. One of the craziest intentions related to the Starship is the future launch of one of these, perhaps the first after the necessary unmanned orbital tests, towards the Moon with Yusaku Maezawa, a billionaire and Japanese philanthropist on board, and a group of different chosen artists personally by the tycoon. Their aim will be to tell through art in all its forms, from music to poetry, through sculpture, dance, and photography, what is the Moon for the future of man and the wonder of exploration.

The latest news on the project, called #DearMoon, is the bizarre birth of a documentary about Maezawa’s search for a woman to take with him to the moon. The initiative has received several criticisms that show the sexist and disrespectful side of the role of women in society and in the world of space exploration.

The race to space and the Moon continues, like many Musk projects it will be difficult that the Starship will be completed in time with the deadlines but, equally in line with the results of the founder of SpaceX, the project will hardly not be realized.