Today 27 May we will have the opportunity to attend a historic event, for the first time a private company will transport a crew into space, but this flight means much more 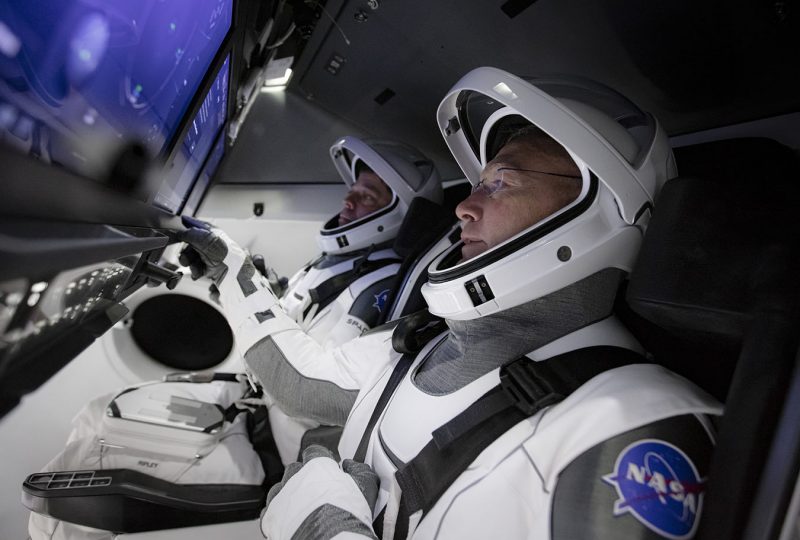 Capsule and rocket are ready vertically on the 39A ramp of Cape Canaveral, the same from which in the past the Apollo and Shuttle missions launched. Today 27 May, at the top of the 70 meters of the ramp, there is the Dragon 2, the capsule created by SpaceX to safely transport a human crew into space. Departure scheduled for 22.33 Italian. Destination: International Space Station. Payload: two astronauts. It will be the beginning of a new mission but also of a new era for space.

A historic launch. NASA has given all the ok, except for bad weather conditions, the flight, called Demo-2, will leave with two astronauts of the US agency on board: 53-year-old Doug Hurley and 49-year-old Bob Behnken, both with two flights on the Shuttle behind them. If the departure is postponed there will be two more launch windows, on 30 and 31 May. This is a moment to mark on the history books: not only American astronauts return to take off from American soil after a 9-year stop but it is also the first time ever that launching them is not a government agency but a private one. SpaceX, Elon Musk’s space company, will carry out the mission.

A dragon in the sky. The Dragon capsule used is the “crew” version of the model already used to successfully perform 20 automatic resupply missions to the Space Station, a service that SpaceX has been carrying out for 10 years now and which has allowed the development of the new model. The capsule is a concentrate of innovation in full Musk style, in addition to the slender and futuristic shapes, the interiors, which can accommodate up to 7 astronauts at the same time, will guarantee astronauts definitely more space than the restricted Soyuz. No “dashboard” full of buttons and lights, but a trio of touch screens used to maneuver the capsule and have all the necessary information available.

For the flight we will also have the opportunity to see the new Space X-brand spacesuits at work. Definitely less bulky than the NASA counterparts, they will provide astronauts with the same protection in the unfortunate event of capsule depressurization. To bring the two crew members to the ramp, there will be a white Tesla.

The flight. Two hours and fifty before the launch, Hurley and Behnken will head for the launch pad. Once onboard it will be the turn of a series of control and safety tests to be sure that everything goes perfectly. At the same time, under them, the rocket will be loaded with the necessary fuel for the flight. When the countdown expires, the 9 Merlin engines will push the rocket and the precious cargo away from the launch pad and the earth’s surface. The moment of “Max Q” is very delicate: only 58 seconds from the start, in fact, there will be the moment of maximum aerodynamic pressure, that is when the air resistance reaches the peak. This increases with speed, but decreases with altitude due to the lower density of the air. Max Q is the point where the sum of these two factors is maximum. Usually to overcome this delicate moment without problems the motors temporarily reduce their thrust.

After just another 90 seconds another pivotal moment: the separation of the booster, the lower part of the rocket, from the second stage. The latter will start his engine and continue his run to bring the capsule to the International Space Station, in the meantime the booster will return to Earth and land vertically on the barge “Of Course I Still Love You” which awaits you in the middle of the Ocean. This operation will allow, as is now the practice for the Musk company, to reuse the rocket in a new future flight.

Eleven minutes after the start, Dragon 2 will detach from the second stage and begin to slowly approach the International Space Station, a delicate maneuver that does not allow mistakes. The two astronauts, when they arrive 150 meters from the docking port, or the dock where they will connect with the station, will simulate a failure and will manually maneuver the capsule, then, once the test is complete, leave everything in the hands of the automatic system that will finalize the maneuver. Upon arrival, 19 hours will have passed since departure. 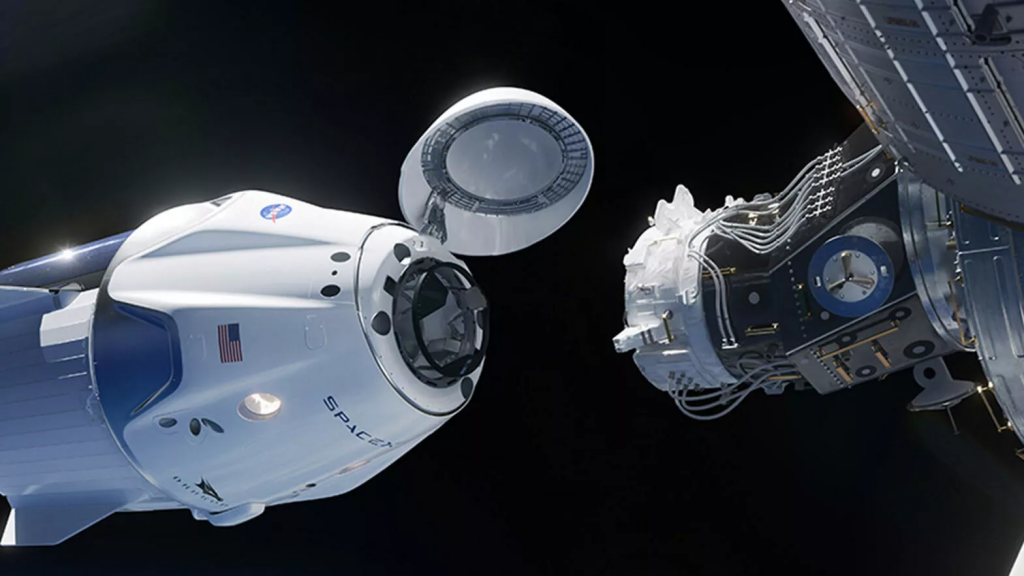 A signal from the future. The success of this mission will leave a mark in the history of space, but also of all of us. It is the official beginning of a process started years ago, the commercialization of space. The space economy will play an increasingly important role and will move ever-larger numbers with the entry into this starry panorama of private companies interested in exploiting the opportunities for gain offered by space. In the short term, we will see more and more private individuals collaborate with government agencies to explore our cosmic neighborhood, starting from involvement with the Artemis missions, to bring man back to the Moon, and then, a little further on with space tourism, the arrival of Hollywood in orbit, and looking further ahead at mining from the Moon and asteroids, the great question of colonizing Mars and a future in which to go into space could be like taking a plane.

Yesterday the Falcon Heavy rocket flew into space. A few...

SpaceX: the race towards space continues

In September 2017 Elon Musk, during the International Astronautical Congress,...

SpaceX is preparing to launch astronauts into orbit for the...