The countless uses of artificial intelligence 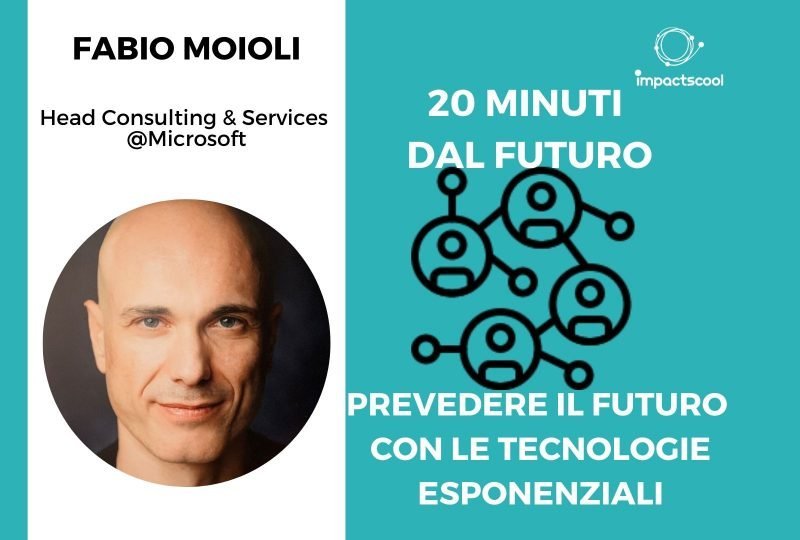 Artificial intelligence is now everywhere, we often do not notice it, but its applications have entered our lives in a capillary way. To better understand this topic during our “20 minutes from the future” Cristina Pozzi, CEO of Impactscool interviewed Fabio Moioli expert of artificial intelligence but also an expert on human intelligence, given his way of approaching 360 °, today in charge of consulting & services from Microsoft.

The interview. “Artificial intelligence is like electricity: asking today what can be done with artificial intelligence is a bit like asking what can be done with electricity”. With these words, Moioli clarifies immediately how much artificial intelligence algorithms, sometimes without even realizing it, are widespread today. And in a period of health crisis like the one we are experiencing, there are many applications in the medical field: “First of all, the use of artificial intelligence can be very effective in helping us track the evolution of the virus in a pandemic – explains Moioli -. It is something that is not born with Covid, but that has already been done for some time. For example, there is a Microsoft project in Africa called Project Premonition which allows devices to capture insects, then artificial intelligence with small cameras, if it recognizes that it is a mosquito, it draws blood by doing the analysis using the cloud, sequencing more than 100 million parts of the DNA of that mosquito, mapping hundreds of thousands of viruses and bacteria, making trillions of genetic comparisons to understand if that mosquito, which perhaps has bitten animals or humans, has at its internal viruses or bacteria, allowing to track the evolution of certain diseases. “